The word 'Calligraphy' comes from the Greek 'kallos' meaning beauty and 'graphe' which translates as writing. As the name suggests, the art of calligraphy is indeed a beautiful, neat and elegant manner of writing. Calligraphy was an ancient form of expressing one's self through design and used the Roman alphabet which in turn was influenced by the Phoenician and Greek alphabet style.

In the second and third centuries, another type of writing 'uncial' (using simple round forms instead of the angled strokes of calligraphy) was developed which seemed to replace calligraphy as the main mode of written expression. Calligraphy was nevertheless preserved by the monks during the fourth and fifth centuries when Rome entered into the Middle Ages. During this time, many manuscripts were produced and illustrated with gold, paintings and line drawings. By the eleventh century, through the influence of Great Britain, 'Gothic script' evolved which was found to be more compact and hence more words could fit on a page. This style of writing became popular in Europe and was used in the mid fifteenth century (1454) A.D. by Johannes Gutenberg, who was responsible for developing the first printing press in Germany. Throughout the next three centuries, more scripts which were influenced by the English Carolingian texts surfaced around Europe.

Today's creative computer applications such as Adobe InDesign draw influence from these traditional styles of writing. In fact, a number of creative fields such as graphic design, logo creation, scholarship certificates, greeting cards, invitations, diplomas, presentations and even menus have adopted some form or the other of calligraphy. Calligraphers earn through designing wedding cards and other such occasions that call for the elegance that defines calligraphy. And because of the graphic tablets such as 'Wacom', where the artist can draw directly onto the computer system, typing has not hindered this manner of writing.

TOOLS AND METHODS IN CALLIGRAPHY 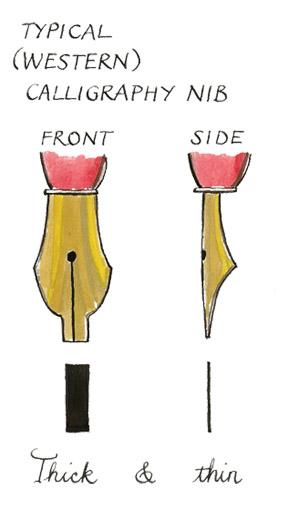 The pen and nib used while writing calligraphy is the first important aspect of this art form. While the traditional calligraphy pen employs a flat or round nib, other types of pens such as ink and ballpoint pens have also been used. But, in the case of the latter, angles in writing are difficult, if not entirely impossible to produce. The ink used is water-based. Good paper which is of a porous nature (to allow clean lines) is a must, although other paper can be used. College ruled paper is a good guide for placement of the letters and words. 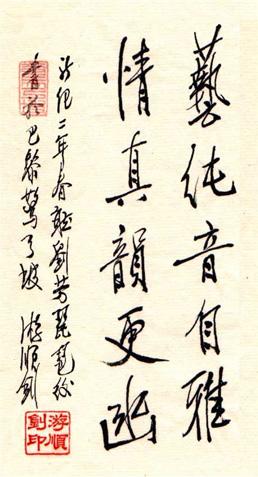 Chinese calligraphy was developed by the Chinese poet Mi Fu. A brush is typically used to write the Chinese characters (called Hanzi in Chinese). The 'sumi-e' style of Asian painting is inspired by the traditional methods of calligraphy. 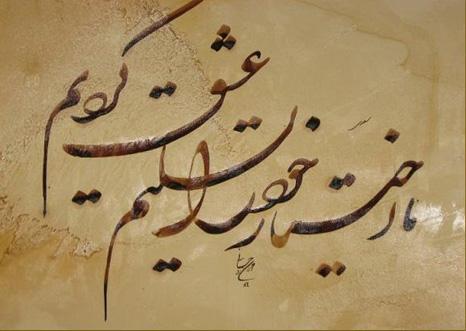 Persian calligraphy got its roots in the pre-Islamic era and the main types are Nasta'liq, Shekasteh-Nasta'liq and Naghashi-khat. Zoroastrianism is noted for its neat and beautiful calligraphy. 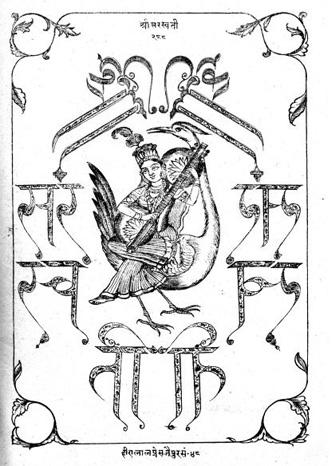 Early works of calligraphy in India were found in Sanskrit text written on palm leaves and transported to various parts of South East Asia such as Bali. Emperor Humayun brought Persian calligraphers to India and they worked with native Hindu artists to further encourage this art form. The influence can be seen in the fine manuscripts and chronicles of the Mughals. The Persian style of calligraphy was later influenced by more Indian traditions and was expressed in the epics 'the Mahabharata' and 'the Ramayana'. Sikhism also formed an integral part of the history of Indian calligraphy. The holy book of the Sikhs the 'Guru Granth Sahib' is filled with fine examples of calligraphy. The Arabic text on the Qutub Minar is written in the Kufic style of calligraphy. Ashoka, the Mauryan Emperor whose edicts are carved on the Ashoka pillar, was a patron of calligraphy. 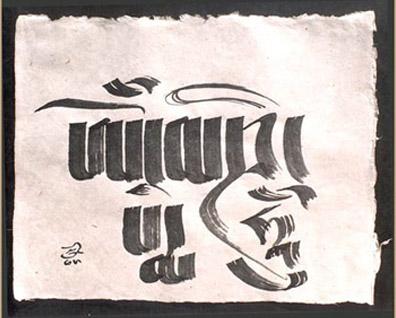 Calligraphy is an important part of Tibetan culture and a majority of Buddhist religious works involve the use of calligraphy. Letters issued by His Holiness and other religious leaders also employed this style of writing. While the Tibetan style of calligraphy started off with the use of a brush, chisel tipped pens and markers are now used as well. 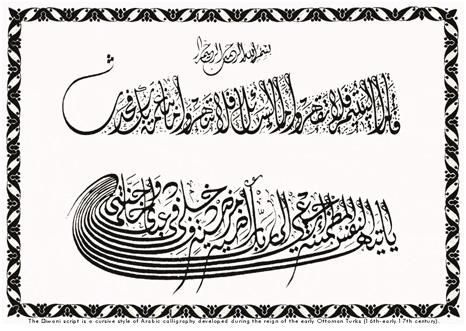 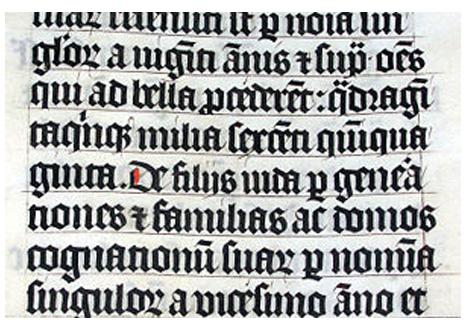 Western calligraphy is derived more from the Latin style of writing than the Greek and Cyrillic systems. Capital letters emerged before lower case letters. Christian churches promoted the development of this writing through the copying of the Bible's New Testament and other religious works. Charlemagne employed a group of scribes who developed the lower case calligraphic letters. The Gothic script (Blackletter) and its variation Rotunda, Italic and Roman bookhand became the inspiration for printed letters.

During the Medieval ages, the first letter of each book was illuminated. An intricate, detailed expression of brightly coloured animals came before the text. Western calligraphy had strict rules and each character has precise strokes. Saint John's Bible is a classic example of Western calligraphy.

In India, there are a number of part-time and hobby courses in calligraphy and other methods of creative design. These include workshops as well as longer duration courses.