A drive in the hills which is more than 50 kilometres along the river Kali, that forms the border between India and Nepal can be the most amazing experience for the people in the cities and other urban areas. Driving along the way with the corresponding Nepal with villages and hamlets in view can lead you to go nostalgic for no definite reason. Another 30 kilometres along another river Dhauliganga and the mountains of Uttarakhand can be rejuvenating. Still wondering where are are we going? We are going to visit a place out of this world, a place so mundane and calm, a place that has been teeming with energy of serenity - Narayan Ashram, Sosa. 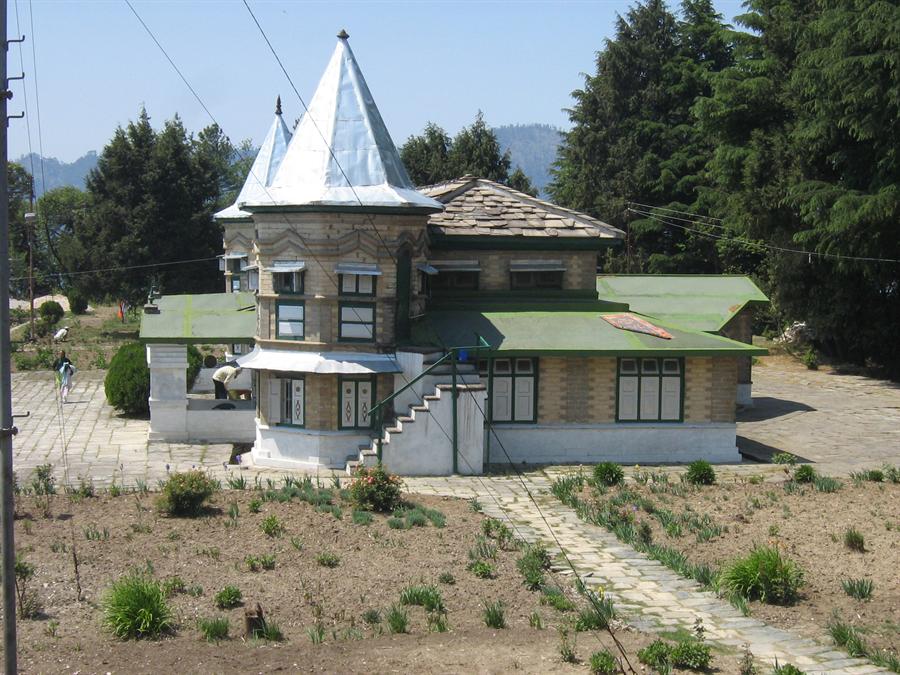 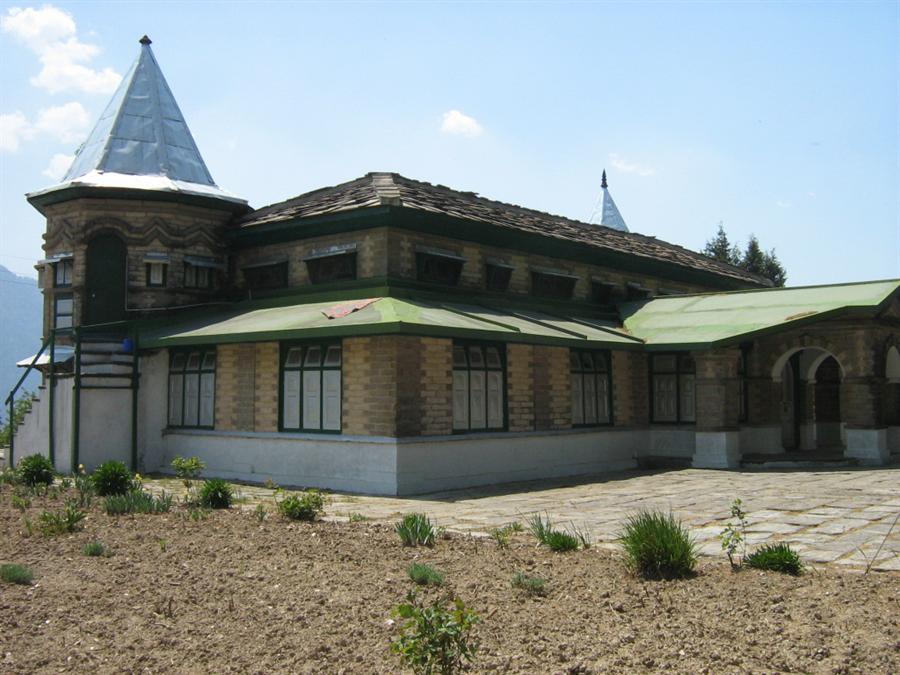 The Place and its History
Narayan Ashram is beautifully perched on a mountain at about 2,734 metres above sea level and is located in the vicinity of Sosa, a village belonging to the indigenous people of the region called Shaukas or Rungs. The ashram is in the Kumaon region of Uttarakhand and the area is locally called Bangba or Chaudas. The ashram was established in 1936 by a hermit and a social worker, Narayan Swami. It is worth mentioning that the land for the Narayan Ashram was donated by Late Kushal Singh Hyanki of Sosa to the Swami and some plots of the adjoining lands were purchased from the people of Sosa.

The efforts made by Swamiji to establish an ashram in so remote a place is admirable. It makes one respect the man and the place all the more. A time before India was independent, a time when there were no motorable roads, a time when people of the North-Western part of Uttarakhand did not know what the world beyond them was like, saw a hermit walk into them and create a legacy that would last forever. During those days the journey from the last motorable road in Almora(Uttarakhand) to Narayan Ashram took about a fortnight of walking, spending nights in villages on the way or in natural caves. It had taken about 13 years to completely build the ashram which had started as a hut. The ashram has come up as a centre for socio-spiritual development.

The Narayan Ashram also used to serve as a resting place for pilgrims on their pilgrimage to Kailash Mansarovar before the Indo-China War of 1962. Since the resumption of Kailash Mansarovar Yatra during the 1990s, the route of the pilgrimage has changed and Narayan Ashram does not figure in the route. Nevertheless, the place has its own fan following and draws tourists and solace seekers throughout the year.

The Narayan Ashram has a temple within its main building which the pilgrims or visitors pay homage to. The ashram survives through donations from various institutions and individuals. If you are looking for peace, intimacy with nature and somewhere which is cut off from the daily routine of internet and mobile phones, Narayan Ashram is the best destination.

Food and Lodging
The visitors are provided with facilities to spend the night there with all the basic facilities at a minimum rate. The food provided is plain and simple, and the ashram depends on its kitchen garden for food. The caretakers of the ashram also sow crops like pulses and vegetables in their fields to sustain themselves and to provide for the tourists and visitors. The Narayan Ashram is bestowed with a greenhouse too that provides the ashram with food during the winter season. 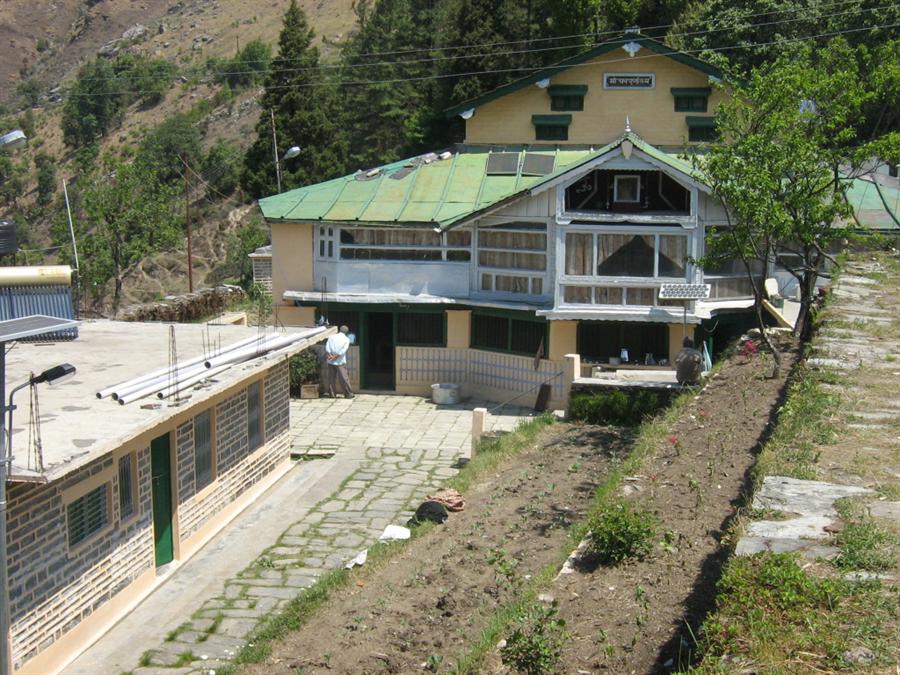 Attractions
There are various villages in the area which have been there since time immemorial, where one can get the feeling of hill-village life.
A trek to nearby peaks can be refreshing and a opportunity to view the whole panorama of landscapes.
The view of the emerald hills and snow-capped mountains of Nepal is sure to mesmerise anyone.
A walk in the dense jungles near the Narayan Ashram can be an experience to remember forever.
The Narayan Ashram harbours a library that has books, scriptures and writings fit enough to find a place in the museums. The books can be found in various Indian languages.

Clothing Required
Warm clothes are required throughout the year. Never forget to take a jacket along which you might need to wear, especially in the mornings and evenings.

Snowfall
Snows in Winter from December to February.

Best Time to Visit
March to November, though the rainy season might cause a little problem due to frequent landslides causing road blocks along the way.
The month of August will treat you to a wide range of wild flowers that can leave anyone spellbound. 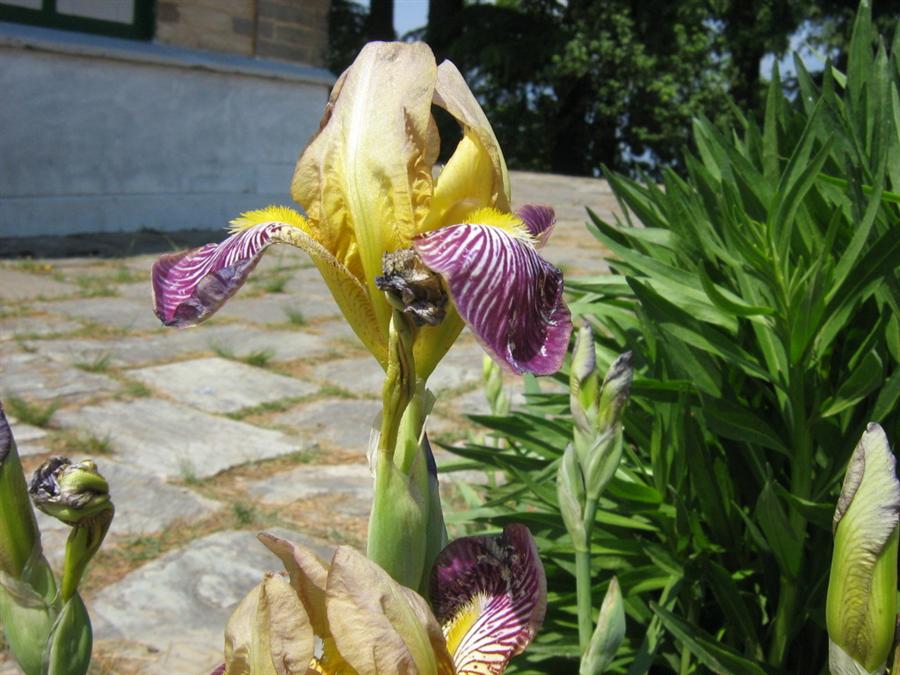 How To Get There
One can drive on his own or book local cabs from Dharchula. There are no Government sponsored vehicles plying on the road to Narayan Ashram. Although, there is a helipad near the Narayan Ashram, there are no means of transport through rail or air.

Excursions
From Narayan Ashram one could visit Dharchula, a commercial centre of the region.
One can even visit the corresponding city of Darchula in Nepal which is just a walking distance from Dharchula.
Chirkila Dam built across the river Dhauliganga also attracts a lot of local tourists.
A trip to another Narayan Ashram in Narayan Nagar(near Askot) which is about 50 kilometres from Dharchula is worth a visit. The ashram was built by the same Narayan Swami who built the one in Sosa.

Trivia
According to the legend, Narayan Swami had visited Chhangru(Nepal), a village in the Himalayas which is about 2 days walk from Narayan Ashram - in those days it took about 10 days to reach the same place - and had asked for permission to build the Narayan Ashram there which was denied to him by the people of Chhangru after which he decided to build a ashram near Sosa.

Where can I get the details about Narayan Swami, the founder of Narayan Ashram at Sosa? Was he a disciple of Swami Ramtirth?

Narayan Ashram is one of the most calm and serene place in Uttarakhand. This is more of a spiritual place rather than a religious one.

Those who are interested to visit it leisurely should halt at Pithoragarh town which is having good facilities of hotels etc. From here one can plan to visit all the nearby places which are abounding in natural beauty.

There are many hill towns in Pithoragarh district like Munshyari, Askot, Dharchula, Berinag, Gangolihat etc and some of them can be clubbed with the trip to Narayan Ashram.