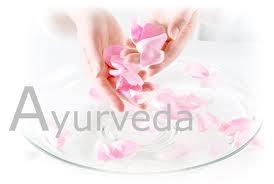 Eyes are the main part of our body. So protection of eyes are very important. Now days, everyone is spending a lot of time in front of computer for business deals and children for gaming. We have to give relaxation for the eyes for a time period. Following points are to be noted for the protection of Eyes. 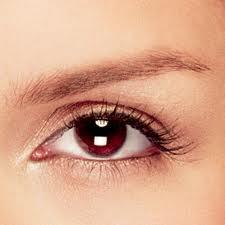 2. Don't use the handkerchief or bathing towel which is used by someone else. It causes disease to your eyes.

3. Don't try to look at the image or statue which is highly bright or shining or microscopic. It may give more stress to your eyes which led to headache and eye problem.

4. Avoid the habit of reading books in running vehicles. It causes the eyes muscles and lenses to contract rapidly which led your eyes to problem or diseases like short sight.

5. Keep the book at a distance of 12 inch from the eyes when you are reading. Misplacing the distance cause the eyes for high stress.

6. Don't read the books in single time without giving rest to the eyes. Give the eyes some rest by giving some intervals in the reading procedure.

7. Watching television for a long time is not good for your eyes. Give rest for your eyes for a period of time in between watching the television. Also try to see television in the room having good light facilities.

8. Don't forget to switch on the light for good light in the room which you are watching television.

10. Only the one who don't have eyes know the value of it. So keep good care your eyes. Wash your eyes more than twice a day. Eat leafy vegetables more for good health of eyes.

Ears are as important as eyes in 5 senses. So take care of the ears by giving same caring as that of eyes. Following are the important points to be remembered for the care of ears. 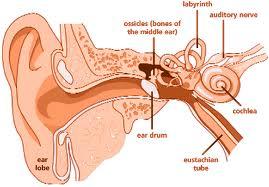 1. Avoid the habit of putting match stick, pencil, tip of the pen etc in to the ears and rubbing. It may harm your ear drum inside the ears. Use only feathers of birds or hen, which is the best thing said by doctors.

2. Try to move from a place where high sound disturbance like high sound from machines, or crackers etc. It will harm your ears when heard continuously.

3. Bathing in dirty water may pave the way to get the water inside the ears and which will cause viral diseases to the ears. So try to avoid dirty water.

4. Don't clear your nose by high force in the time of cold. It is not good for ear.

5. Hitting in the ear may cause the ear some severe problem which may lead to complete death of ear.

Teeth are the main parts of human food mechanism. Teeth provide better chewing in the mouth itself. Following are the points to be noted to protect your teeth. 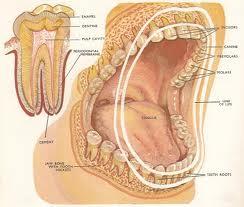 1. Brush the teeth in the morning and night before going to bed. Brushing helps to remove bad odor and viral diseases from the mouth.

2. After every time of eating, try to clean the teeth using at least your finger. Food particles in the teeth may produce small micro organism which lead to teeth pain and bad odor.

4. Eating when lying on the bed and sleeping without brushing or cleaning the teeth will harm the teeth by destroying the enamel of the teeth by micro organism and bacteria.

5. Remove the teeth which are damaged as soon as possible. Because it will harm the nearby teeth also. So contact the doctor if there is a damaged tooth.

6. The diseases affected on teeth will affect the head and will transform to severe disease.

7. When cleaning the teeth using a brush, don't brush with high pressure on the teeth, which will not be good for it. Brush smoothly by moving brush from gum towards bottom.

8. Close the hole of the teeth which is removed recently. It will help the other teeth to be strong. Else it may lead to drop the nearby teeth also.

9. When the children are sleeping, keep an eye to understand whether they are breathing through mouth. I will lead to produce bacteria in there mouth and will affect the teeth and may destroy the teeth.

Ayurvedic medicine aims to integrate and balance the body, mind, and spirit.This balance is believed to lead to happiness and health, and to help prevent illness.Ayurveda offers methods of finding out early stages of diseases that are still undetectable by modern medical investigation.

How To Boost Up Memory Power The Ayurveda Ways

Ayurvedic Tips to Get a Balanced and Healthy Life

Following a proper diet and Ayurvedic practices is a way to a healthy life. If you want to lead a healthy life free from diseases, read this article and live accordingly.

Types of ATM and benefits of ATM

Different types of ATM are available and the main benefit of this ATM is.

Day by day diseases are increasing. It is because of the change in life styles. We have to maintain a good health care by practicing a better timetable in the life style. Here are some tips and suggestions for good health for both mind and body.