The World Health Organization (WHO) came into being in the year 1948 on the 7th of April, which also was celebrated as the first World Health Day. Its headquarters was, and still is, based in Geneva, Switzerland. It is a well endowed subsidiary of the United Nations Organization (UNO). Incidentally, it was Jawaharlal Nehru, the first prime minister of independent India who proposed the establishment of such an organization. Its basic function is to take the world's health matters in its hands and is responsible for the coordinating efforts to generally improve public health all throughout the world. The World Trade Organization also aims at providing each and every human being on earth access to fundamental and vital healthcare. Eradication of poverty and diseases is also on the top most agenda of the WHO.

Formation Structure and Working of the World Health Organization(WHO):

The WHO constitutes of all the 191 United Nations members and also the self governing islands Cook Islands and Niue. The WHO also has got what are known as Associate Members. These Associate Members such as Tokelau and Puerto Rico have the same right to complete information as the other member states. However their rights to vote in WHO assemblies are curbed. A few other states have been granted the observer status. There are currently only 4 such states and they comprise of the Vatican City, the Chinese Taipei, The Order of Malta and Palestine. The observer status is conferred upon these states by the World Health Assembly and the criteria governing this appointment are that the states have to have a responsible contribution to health issues. It may also be noted that such members can also be an organization regardless of whether it's government funded or otherwise. All of the member states send delegates who represent the respective member for the World Health Assembly, the supreme power of the World Health Organization. The World Health Assembly has an annual meeting in the month of May and its primary functions are approval of the WHO curriculum and also to set the WHO budget for the next two years. Another of its functions is to study dominant policy queries and to decide the course of plan.

Objectives of the World Health Organization (WHO): 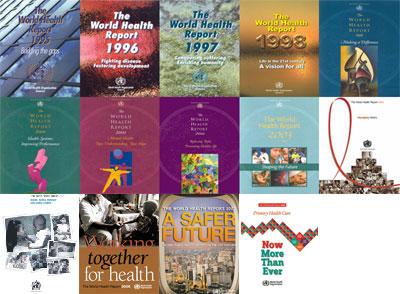 The primary impediment for a human being to get access to proper medical assistance and healthcare is the question of financial prowess. Along with this obtrusion comes the complication of proximity of the health centers. Salubrious health is mandatory for man's welfare and providing it economically is amongst the World Health Organization's primary motives. Following the footsteps of the WHO, all the member states of the WHO look forward to implementing various schemes and programs to ensure every citizen has a passage to the best healthcare services. With a view to provide the member nations a definite planning avenue, the World Health Organization came out with its leading publication, the 'World Health Report' which was first published in the year 1995. The health report basically chalks out how a member nation can proceed in terms of changing their financial artifices appropriately; so as to speed up the process of attaining the objective of 'universal coverage' that is providing healthcare services to all and sundry. The next step after achieving this goal is, like any successful endeavor, to sustain the achievement endlessly. The basis for these reports is research findings and developments, and lessons from past experiences of plan implementation. The world health report provides vital data and procedures for all member nations regardless of their developing stages in healthcare issues, and proposes paths in which the global community can work together so that the lesser fortunate nations get adequate healthcare coverage. Each year, the World Health Report provides a specialized and sophisticated appraisal on international health, including details pertaining to all nations concentrating on a particular topic. The Health Report provides basic background foundational information upon which nations can formulate policy and funding decisions. Any organization, university, professional or for that matter anyone with a personal interest in the issues of world health can avail of the World Health Report.

Activities of the World Health Organization:

The most commendable achievements of the WHO are in the fight against and successful eradication of the worlds most deadly communicable diseases. Coordination in efforts from all nations in the containment of such deadly diseases such as malaria, H1N1, tuberculosis, AIDS has been and continuously collaborated by the WHO. It also promotes and funds programs to prevent the occurrence of such diseases through vaccination and also to treat them through ground-breaking medicines. The WHO patronizes the distribution of secure drugs and medication throughout the world to fight against the outbreak of such communicable diseases. The first disease ever to be eradicated by mere human collaboration was small pox after 20 years of battling against it in the year 1980. Needless to mention, it was the WHO that carried forward this campaign. Polio is next on the WHOs list and is near eradication; we can look forward to a polio free world in a few years.

It also initiates a variant of health campaigns like propagating against the consumption of tobacco through smoking and other means. Another propaganda is promoting the consumption of vegetarian foods such as vegetables and fruits. WHO experts are currently engaged in researching on a permanent vaccine against Influenza, which is a very common chronic illness. WHO is also funding programs in member states so that they independently address the grievances associated within the nation and conduct extensive research on such subjects territorially. In this regard, the WHO has opened up 6 Regional Offices all around the globe. The World Health Organization is also constantly engaging itself in data collection activities, and is very statistics oriented when it comes to providing a basis for future planning. In this regard, the WHO has already conducted ambitious survey programs like the World Health Survey, Study on Global Aging and Adult Health, WHO Disability Assessment Scales etc. The WHO also collaborates its activities with various NGOs around the world.

How Excess Of Good Habits Can Be Bad For Health

We all have must have heard a saying “Anything in excess can be harmful”. This implies to our daily habits also. Do you think that you are showing high moral standard by following that fixed healthy and hygienic routine. Latest research has shown that some everyday good habits could be eroding your health.

Do we get higher cholesterol levels by eating coconut in our regular diet? It is a frequently asked question by many of us. Research has proved that the animal based food in our day to day diet can affect our cholesterol level. Coconut is the most common cooking ingredient in our Indian food recipes.

There is a spelling error in the first para. It's written World Trade Organization in place of World Health Organization.