When Apple unleashed its iPod-netbook combo, namely the Apple iPad, it did not just create an evolution of how people worked and communicated, but created a revolution in the computing world. In fact, the iPad soared to dizzying heights – and the competitors are still trying to catch up!

Now comes yet another revolution – the sibling of the original iPad. The Apple iPad 2nd generation is expected to result in even better sales and overshadow its older sibling. 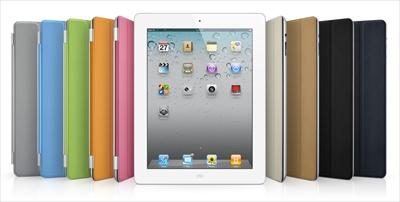 Let's have a look at the difference in a few of the basic features of the two generations of Apple iPads:

As you can see from the above tables, the new Apple iPad 2 2011 is a slimmer version of the original iPad, has a faster processor, and is equipped with 2 cameras. However, in the major aspect of pricing, there is no difference between the newer and the older models. The iPad 2 has the same price tag.

3. Exterior: Magnetic cover available in polyurethane ($39) and leather ($69) in a range of 9colour options. The cover magnetically latches on to the iPad & can fold, making it easy to prop the iPad against it. 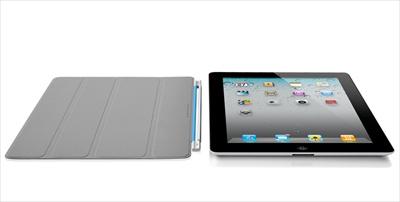 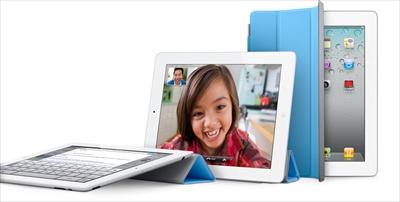 6. Colours of iPad 2: Comes in 2 colours: black or white borders.

7. Speakers: The iPad 2 has inbuilt speakers at the bottom, for tuning in to music and listening in to audio in films and videos. These speakers are larger than the original ipad.

8. Buttons: There are plenty of buttons & sockets to control & connect on the iPad 2. Besides the usual volume control buttons and a socket to plug in your headphones, there is a dock connector to enable you to plug in a USB cable to connect your computer to your iPad 2. A hold button puts your iPad 2 screen into sleep mode & a mute button which doubles up as lock button to lock in a particular screen mode. Then there is the main home button to switch from one app back to the main screen or to create a fresh arrangement of your apps.

9. The Chip: A new Apple-designed chip that performs standard calculations twice as fast as its predecessor and offers a nine-fold boost in graphics performance.

11. Extras: (i) The iPad 2 can be connected to the HDTV through an HDMI adapter (the HDMI video out cable costs $39); (ii) An iPad 2 with 3G connectivity has an antenna cover on the back panel, which covers the 3G Antenna.

Now let's have a look at the competition. Most of these PC tablets are still in the production stage, with tweaking of designs taking place, and hence have as yet not been launched in the global market (note: only a few features mentioned of each).

2. Blackberry Playbook 4G: 1GHz dual-core will operate on RIM's QNX OS. Weight: 0.9lbs/Width:7.6". It is equipped with front and back cameras.

5. HP Touchpad: This tablet has a larger touchscreen than the Apple iPad 2 with 9.7 inches. It is equipped with a single camera up front. It is meant to handle multiple tasks and operates on the WebOS from Palm.

6. HTC Flyer: With a light body made of aluminium, this tablet is great for not sagging your pockets figuratively but may be heavy in terms of price. It comes with a dual camera and stylus & operates on Android 2.4 processor.

7. Toshiba Android 3.0 tablet: Not officially named, this tablet operates on a dual core Nvidia Tegra 2 processor. Features include a 10.1 inch high resolution screen and dual camera. This is a good tablet for multimedia buffs and it also incorporates HD video conference.

8. Viewsonic Viewpad 10Pro: Heavier than the other tablets, it boots up on both Windows 7 and Android. It has a large screen, at 10.1 inches, and good display.

9. Acer Iconia Tab A500: It has a dual core processor, 10.1 inch screen and 2 cameras. Incorporates Android 2.3 with own interface

Benefits & Advantages of the Apple iPad 2

1. The Apple name itself is enough to establish trust. After all, Apple has been known to bring out quality products at value-for-money prices. Remember the ipod and the original ipad? What's more, with its easy availability at stores across the country, buyers don't have to criss-cross the entire country.

2. The Face Time feature is one of the coolest aspects! You can make face-to-face video calls on the really clear large screen of the iPad 2 and that too without much hassle.

3. The iPad 2, unlike the original model, will be available right away in GSM and CDMA. This definitely means a far greater network coverage and not just the option for Wi-Fi.

4. Superb graphics! Whether you are browsing through photo albums, viewing an animation in Keynote or editing a video with iMovie, the graphics are not only of awesome quality, but are also much faster & smoother.

5. You can use the iPad 2 to project films, photos& videos on a larger screen for seminars and lectures or just for sharing fun times with your family. All you need to do is connect the Apple iPad 2 with a Apple Digital AV Adapter or Dock Connector to the VGA Adapter (this is sold separately & does not come with the iPad 2). Voila! Your iPad 2 has just made a wonderful metamorphosis into a large projecting source!

5. There are a mind-boggling 65,000 apps on the iPad 2!! The best thing about most of these apps are they seamlessly fit the screen of the iPad 2 and the responsiveness is just great.

6. When the iPad 2 was unveiled, a section of the launch event was devoted to showcasing the utility of the iPad 2 in healthcare. It was demonstrated how the iPad 2 can perform not only the task of storing and organizing medical data, but its ability to share it with other medical professionals. The enhanced graphic images of the iPad 2 means better quality medical images too, whether it is of an Xray or of a scan. With the help of the iPad 2, there is thus the huge potential of remotely accessing data, a plus point for out-of-the way locations in remote areas & rural regions of the world.

All in all, the iPad 2 is value for money, considering its portability, awesome multi-tasking abilities, smooth and easy usability, and realistic graphics. With Apple already hogging about 90% of the market, it has already established itself as the Emperor. It is doubtful whether any other tablet device can even come close to dethroning the Emperor. Maybe only a third generation Apple iPad (if an Apple iPad 3 is on the cards!)will be the rightful heir!

Watch the video of the Emperor of PC Tablets:

Here in this article about Apple iPad 2.0 tablet, i have reviewed it by including it's features, specifications, latest prices and comparison with the last edition iPad. Here you will also get the information on the new 'Smart Cover', different applications such as iMovies, iTunes, PhotoBooth etc and iPad 2 release date and availability in India. I have also included some hands on users opinions. Read on.

An Apple Ipad 2 - specifications and features 2011

In this below Article you know about the Apple Ipad 2, its hardware and software specifications, it features, its price in India & USA and know how to buy this either offline or online.

Here is a simple description of the new Technological Marvel from Apple - iPad2. Sit back and take a look at the Bonanza Features made available in this version of the iPad which has hit stores on 25th Mar 2011.

Your Post is just amazing you have really searched allot and your way of explanation is really good.

I think this edition would be released here only in the last of 2011. India is one of the 'dumping ground' of Apple's older items.