Many leaders ruled India from the time of Independence since 1947. Among the leaders very few leaders have been praise worthy. Three generations of Pandit Jawaharlal Nehru had been Prime Ministers of our lovely India.JawaharlalNehru was the first Prime Minister of independent India and he shaped our nation as a real perfect democratic nation. He showed ample interest in bringing up India with long term planning and achieved his goal very successfully. After Nehru, his only daughter Mrs Indira Gandhi,steered India to be a mighty nation in Asia. It was in 1971, that India fought a war with Pakistan under the leadership of Prime Minister Indira Gandhi , and successfully liberated Bangla desh from Pakistan. and then her son Rajiv Gandhi ruled India effectively . India has seen a sea change during his regime. Rajiv Gandhi brought changes in the technology that we are witnessing and enjoying the fruit of it.

This small article is an effort of the author, who wanted to know the famous speech of Mrs. Indira Gandhi delivered at Bhubaneswar in Orissa, prior to her assassination. It was a great inspiring speech to the public of India. In her message she has indicated knowingly or unknowingly about the fate end of her life, which was indicated in every newspaper and magazine. The complete speech delivered by her can not be brought as an article in this net. However a brief extract from her speech in which she said that every drop of her blood would invigorate India and strengthen it. Mrs Indira Gandhi, a very bold, mighty, super lady Prime Minister of India is an ever unforgettable leader the world ever had. 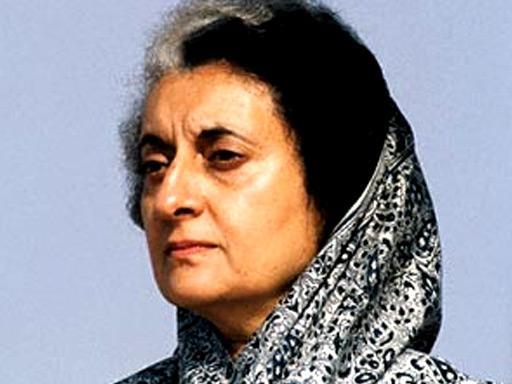 Quote
I am here today, I may not be here tomorrow. But the responsibility to look after national interest is on the shoulder of every citizen of India. I have often mentioned this earlier. Nobody knows how many attempts have been made to shoot me, lathis have been used to beat me. In Bhubaneswar itself, a brickbat hit me. They have attacked me in every possible manner. I do not care whether I live or die. I have lived a long life and I am proud that I spend the whole of my life in the service of my people. I am only proud of this and nothing else. I shall continue to serve until my last breath and when I die, I can say, that every drop of my blood will invigorate India and strengthen it.
Unquote

Alas!. Her speech had its meaning. What a philosophical speech delivered by the great lady. She had predicted her death and delivered the speech knowingly or unknowingly.Mrs Indira Gandhi delivered her speech at BBSR parade ground at Bhubaneswar on 30th October 1984 and she was gunned down by her own security guards at her home lawn in New Delhi on 31st October 1984

Let us salute the Lady Prime Minister Mrs Indira Gandhi who lived and sacrificed her life for India and Indians, with might and courage. Jai Hind.

The Essential Gandhi - A Book Review

The book "The Essential Gandhi" expresses Gandhi’s views on issues like untouchability, religion, nationality, his movements like civil-disobedience are deeply shown in this book. You can learn about Gandhi’s childhood, his early married life, his realization and transition in South Africa, and his ways of approach towards attaining Independence in India.The book did a fantastic job in showing the Gandhi’s principles like non-violence with exemplary contexts.

She was a brave leader of India, I think after her no prime minister in India yet now able to take strong decisions like her. She was such a lady who changed the map of Asia and world. Yes, she predicted her death, but never lost her strength, hope. She always try to deliver service for people of India. The world will remember such brave leader forever.

Mrs. Gandhi was a superb leader for India and after death Mr. Rajiv took over as the PM and after that there is no body to look after India. The present politicians are only for their wealth, only god can save India. The present PM is one of the worst in the world Pm we have seen.

Indira Gandhi was an Iron Lady who launched the Twenty Point Program in India for uplifting the society. She nationalized all major banks resulting into control of more than 90% of bank deposits to be distributed as credit to neglected sectors and priority sectors. She also ended the Privy Purses of the erstwhile Kings. What ever she achieved for India during her life time was undone by the duo of Late Sh.Rajiv Gandhi, her PM son and S.Manmohan Singh, the then Finance Minister of India by opening the Indian Economy to world economic threats from purely capitalistic countries like USA. Let us see if Rahul Gandhi can reverse the process initiated by his father and followed by his grand mother.