The function of an ice plant or ice factory is to make or form ice in large quantities and in large sizes. The ice-making process is quite similar to the one we observe in a domestic refrigerator. The only difference lies in the ice-making stage. In the freezer compartment, the tray with water when it comes in contact with the very low-temperature environment becomes ice but in an ice plant which is a huge commercial factory, it uses separate ice making or ice freezing circuits. The cold is produced in one circuit using a vapor compression refrigeration cycle and it is transferred to the water cans by another circuit by secondary refrigerants. 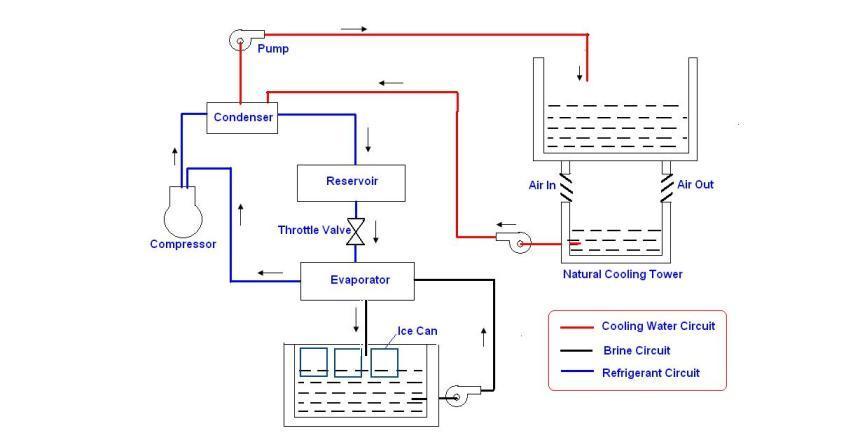 Is it only Ammonia that can be use as refrigerant in this type of Ice plant?

Can you please make a correction? Actually it should be high pressure and high-temperature vapour refrigerant that comes into the compressor from the evaporator and not low pressure and low-temperature as mentioned herein.