Tablets PCs in the computer market

Tablets are growing in the market. End user specially young generations are more attracted toward the Tablets PCs. Wherever you see, you will find Tablet PCs in the computer shop or big shopping malls. It looks like time is changing and new trend setting up differently. Hope young generations are more fascinated toward Tablets PCs that comes with reasonable price with great feature somewhat related to mobile phones and looks friendly touch type.

Tablets manufacturers at a glance

There are so many Android tablets released in the past few months, some tablets released by Apple, some from WebOS of HP. Even though Apple dominates the tablet market, new comers like the Kindle Fire and Noble's Nook have slightly changed its lead. When Windows 7 OS released – the OS market for tablets got even extra competition. However, Computer manufacturer has to stable their own market based on their own choice of Tablets operating systems selection. 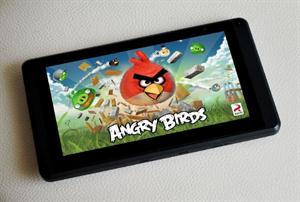 Who is on top for Tablets OS?

Microsoft Windows has by far the top choice of consumers. Most of them guess that both the Nook Tablet and the Kindle Fire were the ultimate fast followers after Android; it seems improving on existing tablet products with an importance on content and its features, not hardware or external look. There are even consumers are waiting for Windows tablets to launch. Windows 7 OS tablets was not up to that fame compare to other OS Tablets.

Windows 8 OS tablets
Tablets wouldn't be able to differentiate Google's Android like the Noble's Nook Tablet and Kindle Fire had done the differences. Windows 8 tablets must provide consumers with unique features and more unique product experience than it would have supposed to be, had Microsoft entered the market sooner. Windows 8 OS plan to launch during mid-2012, however, the main scope on this has it will suit all like Desktop, Laptop, Tablets Pcs and other relevant devices.

If Microsoft would like to succeed in the tablets market other than its PC and Laptop division, then Windows 8 OS has to chase Apple's lead, Android's lead and other famous OS like Kindle OS etc. in the tablet market, especially within the consumer favor. With Apple's iPad lead and Microsoft's about to enter in tablets with Windows 8 OS, Android for tablets may never figure out its full potential. After the end of HP's, WebOS, though, HP basically said that it would design and market a Windows 8 tablet.

The people who are diagnosed with autism can be effectively used tablet PCs. For autism, there are tablets called 'magic tablet'. The iPad or Tablets are, helping as the beautiful device for autistic children across the world. There are more than 300 applications for tablets can be downloaded to help for people with autism. Proloquo2go application helps a way for autistic children to communicate their desires and feelings.