University Grants Commission (UGC) has announced the list of fake universities across India on 24-Jan-2012. Uttar Pradesh leads with 8 such fake universities from a list of 21 fake universities in the country followed by Delhi with 6. The UGC has warned universities that giving misleading advertisements in media and running of any under-graduate or post-graduate courses shall be treated seriously and punishable under the provisions of law. 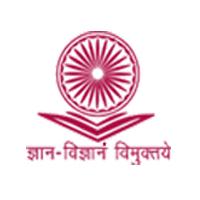 I have cross checked our ISC database and found none of them listed here. Appreciating the ISC members, who have contributed to the University section as the ISC University list is free from the fake universities. Thank you.

Request: Requesting all the readers to share this information with your friends and colleagues, so that, no student will get trapped with such universities for their higher studies in future.

This article gives you a list of the engineering, management and other courses offered at Birla Institute of Technology and Science, Pilani (BITS Pilani) which is a deemed University. You will know details about the campus infrastructure and facilities of this university, as well as the eligibility, fees structure, admissions & selection process for the various courses.

Jharkhand Rai university is fake or not?

I want to know about INLEAD College, Indian Institute of Learning & Advance Development, which is affiliated to Mewar university, Rajasthan. Is it a fake one or not?

From time to time, such committees are organized by UGC which examines the veracity of the erstwhile universities and prepares their reports. On the basis of these reports, UGC prepares its list. At present, the UGC has declared 24 institutions as fake and two more institutes are accused of violating the rules, some of which are as follows -
ADR Focused Judicial University
Indian Institute of Science and Engineering
Vishwakarma Open University
Maharana Pratap Shiksha Niketan University, Pratapgarh
Indraprastha Education Council, Noida
Commercial University Limited

It is wise that before taking admission in any course, take complete information about the university related to it through various sources. In the present age of the internet, this task is not too difficult.