Guitar a musical instrument which is used in every song, all around the world. Its sound makes people go crazy on one hand and at other hand it makes them cry too. But we need a lot practice to make that guitar to run on own actions. A very good guitarist keeps on playing the guitar because there is no end to learn guitar. From your room to the biggest stage in the world, guitar is a musical instrument which makes the song alive. But yes all other instruments also make support to make song better and the enchanting sound. One thing which is very good about guitar is that you can actually sing while you are playing this instrument. Making guitar as your hobby is certainly a good idea and keeping attached to this instrument really makes you some different person apart from the crowd. So let's discuss more about the musical instrument guitar.

How to start playing guitar to make it hobby

Well initially everything starts with the infrastructure. So you need to have a guitar at first. Before buying the guitar you to understand the fact that you need to give lot of time at initial stages to learn guitar and secondly there is not hard and fast rule to learn guitar. Initially you will find yourself helpless to play guitar because your fingers will not move on strings but after 10 days you will see that your fingers are moving automatically. Initially your hands will hurt you while pressing the metal strings but after sometime they will become hard and won't hurt anymore.
Whatever I said was experience and actually I thought I should give my hobby of playing guitar but somehow I stuck to daily practice. Now I am quite good in playing guitar. So playing guitar is a nice hobby but you need patience for playing guitar. You can learn to play guitar of your own but problem is that you will not be able to understand the basics of guitar clearly. Although there are so many sites available on the net but all of them offers the paid services. So it is better to hire a guitar teacher and learn the guitar with concepts. 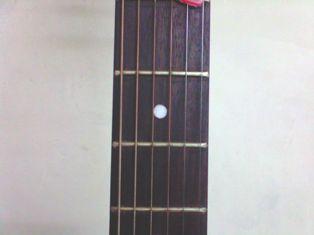 Here in this article I will tell you something about guitar. Guitars are mainly of three types which are namely:
1)Acoustic guitar
2)Semi-electric guitar
3)Fully electric
Songs are played on strings which are six in numbers and have different thickness, which produces different sound. There are 15 frets in a guitar. Frets are vertical separation in guitar which is designed to make specific sound. You play guitar with a plastic pick having flexible shape. Below are some of the images of the guitar.
Songs are played on two ways which are chords of guitar and tabs of guitar. Chords are the music format which is used to pay the whole song and tabs are used to play the tune of the song. Tabs are used initially when the songs start but after that we use chords which are set of some strings which are played together. 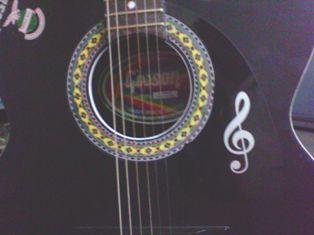 Although this looks little weird to make benefits from your hobby but I experienced some of them when I started playing guitar. Firstly the major difference or you can say the major benefit which I got when I stated playing guitar was that, it increased my temperament level. Earlier I used to get frustrated a lot but slowly I become little soft from my head. Probably the scientific reason for this is that guitar teaches us patience.
Second benefit which I experience was that guitar is a stress buster. Yes when you are in tension, just pick the guitar and play it. You will surely get out of your stress quickly. It is proved that musical instrument which sounds good tends to heal your stress and your soul, if you are suffering for any thought related diseases. Guitar tends to make your personality better and you get social acclaim. When you perform in front of crowd you tend to get the social acclaim. Another important benefit which you get from playing guitar is that your confidence tends to build and that tends to help in whole of your life. Apart from all of these you feel good inside yourself that yes you are doing something good and it will surely improve your confidence level.

How much time it takes to learn guitar

Well this question is very common when you talk about playing guitar. If you are seriously doing practice 1 hour everyday then surely you will we playing a good guitar after one year. In initial stages you will find difficult to get out a song. When I started playing guitar it took around 20 days to me to play a song but after that time decreased considerably. First you will be playing guitar on acoustic guitar. So it will take time to play the electric guitar. If you are very fast learner then you can play a decent guitar in 6 months.

Hobbies : An Essential part of Life

This article is about hobbies. This article includes definition, create an hobby, various popular hobbies and strange hobbies. One must have his own unique hobby. Hobbies are something which give you from anger or sadness and they also keep you busy.

Guitar Buying Tips For A Beginner

As more and more people are learning guitar, eventually they will buy one. In this article I will share you information about buying a new guitar for the absolute beginner. This article is written in context with the Indian market in .

Advantages of hobby of collecting informations – habit of observing the surroundings

In this article, I have explained about the hobby of collecting informations. I have descripted about the topic with my general experience and also talked about the benefits of it in here. Collecting coins or stamps are tedious process, but doing with information is simple, easy and useful.

Hobbies are our free time activities which give us relaxation of and we enjoy doing such work instead of getting irritated. We all know the fact that we should inculcate some or the other hobby to keep ourselves entertained. Photography is one such hobby that is enjoyed by all alike. In this article you will find about the wonderful hobby that is photography.

What is back packing? How is it different from other forms of travel? What to do to start backpacking? What to pack in your backpack? How can backpacking be a hobby that will not only provide the much needed break that you needed from your work but also make you stronger physically and mentally and at the same time increase your knowledge.

Very nice post. My son wants to play the guitar. My dad was a guitarist by profession. Now he is no more. My son has found that guitar from my dad's room. I was not interested in playing the guitar. Now for my son, I am studying the advantages or disadvantages of playing the guitar. Your article is exactly what I was looking for. I have purchased the parts of guitar neck from Faber USA and also repaired the guitar by following a video tutorial. Now he is happy with that old guitar. I have also found playing has so many advantages. Thanks for sharing.