S.T.A.L.K.E.R is the very popular game played throughout the world. It is famous not only in the former Soviet Union regions, but is also with players from all across the global hit. The universe and the story-line of S.T.A.L.K.E.R. have the capacity of attracting more and more people on the international basis and the very growth of the interest in the mysterious Zone of the game continues. S.T.A.L.K.E.R. event i.e. Call of Pripyat has unfolded shortly after the release and end of S.T.A.L.K.E.R. Shadow of Chernobyl event. 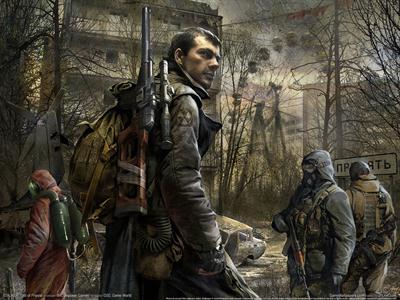 According to the main operation plan of the game S.T.A.L.K.E.R, the 1st army group is to conduct an air scouting task of some of the territory to map out many detailed and informative layouts of the fields location. Then, making use of the maps got from the task, the main military (army) forces are to be dispatched before.

Despite through all these time consuming preparations, the main operation fails. Most of the avant-garde helicopters crash in the operation. In order to collect the appropriate information on the reasons of the operation failure, USK (Ukraine's Security Service) sends their agent (the game player) into the main Zone centre. From now and here on everything depends on the game player i.e. you.

2. New interesting story and a number of unique and awesome characters.

3. More extended system of side quests while gameplay.

4. New involved monsters- Chimera and Burer with a new behaviour and new capacities and abilities for all other monsters.

6. New emissions by which you can considerably influence the whole Zone world.

9. More possibility to continue playing the game after its completion in the freeplay mode.

10. The game is awesomely developed on X-Ray engine v.1.6 with high graphics. 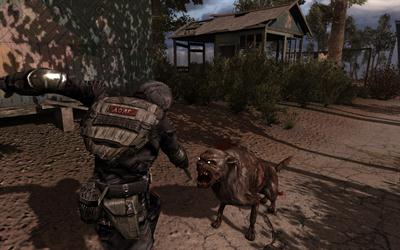 The interaction between you and the game

You do are still interact interacting with the duty and freedom factions in the S.T.A.L.K.E.R. Call of Pripyat game, the film like faction balance all the system from what the S.T.A.L.K.E.R. Clear Sky has been ever tossed out for S.T.A.L.K.E.R. Call of Pripyat game. The result is a more and most natural feel to the interplay or while game-play of all the AI systems across the whole world of the Zone. You will be seeing many wandering bands full with humans getting involved into some very large-scale fights against the ravenous packs of wild dogs and hulking and terrible boar creatures, while the game-play. You will be hearing all this combat in some distance and get the full sense that this Zone world is also alive and chaotic and terrible, devastating and exists here, independently of your all actions done, which will always reinforce the elements of realism (reality) based graphics built into the S.T.A.L.K.E.R. Call of Pripyat game weapons and armours system and all the general vulnerability of your character (you, the game player) as you will surely scamper from firefights and fire and fight.

We have been getting tired of A new Call of duty game every year.The release of 'Black ops 2' was no surprise to anyone. But is it any good or is it worthless like it's predecessor? You are going to find out in this article.

Check out the latest top 10 positions of various fields of devices like laptops, desktops, mobile phones, storage devices, games, apps etc., which are provided by reviewing various other websites and provided the best of them in an orderly manner. This article may help those people who are intended to be publicized through their products.

This article is a review about the bugs and glitches that will be faced by users in the best simulation cricket game available in the market, "Cricket Coach 2012" 5.14 version which was released on July 24th 2012.

From your detailed review, I have found that this game is really worth playing. Could you please tell its price in Indian market because I intend to buy this game. Moreover, is it similar to call of duty?