The much anticipated Border - Gavaskar series is coming to an end with the fourth and last test is set to be held at Feroz Shah Kotla Stadium, Delhi from 22nd March to 26th March. This test match became a dead rubber in terms of it's result as India takes an unassailable 3-0 lead in the series. But India will surely look for winning this test and whitewash the series. Australia on the other hand will look to salvage the pride by winning this test. India will be the firm favourites for winning this test match considering their great form throughout this series. Australia were going from bad to worse in this series and it is hard to expect a comeback from them. But you can't predict anything in cricket. 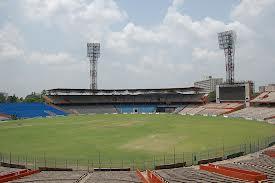 India will have nothing to worry as they going to face Australia on Friday. But they will surely misses the services of their aggressive opener Shikhar Dhawan who is nursing a fractured left hand and ruled out for six weeks. He will be replaced by Suresh Raina. Selectors clarified that Gambhir was not selected since he was down with Jaundice. It is interesting to see the team combination of India as who will partner Murali Vijay at the front. There is Ajinkya Rahane as the additional opener in the squad. So if there is no surprises, we can expect a debut for young Rahane which is deserving spot for the young man. We will not expect any other changes in the squad as the team is in good groove.

Even though Suresh Raina has been drafted into the team as a replacement for Shikhar Dhawan, I don't think he will be included into the playing eleven. He is a middle order player and it is hard to find a place in the present Indian middle order as all of them are in form. The slim possibility is that Raina will get replaced by Ravindra Jadeja in the playing eleven. But this possibility is very less considering how Jadeja fared with the ball throughout this series. India needs a replacement for Shikhar Dhawan at the opening slot and it will be Ajinkya Rahane who will make his debut at the opening slot. So India's expected playing eleven will be:

It is expected that Australia will be bolstered by the comebacks of the suspended players Shane Watson, James Pattinson, Mitchell Johnson and Usman Khwaja. But the comeback of Shane Watson will create a dilemma for Australian selectors. If Michael Clark (nursing a back pain) is ruled out for the fourth test due to injury, then it's straight forward swap of Watson with Clarke in the squad and Watson will lead the side. But the actual problem arises if Clarke is passed fit. Then, Stephen Smith who replaced Watson in the third test will have to make way out of the eleven. That will be a harsh decision on Smith who played brilliantly to counter attack Indian spinners in the first innings of Mohali test. Another possibility is to replace Phil Hughes with Watson. But Hughes showed his fighting spirit in the second innings of Mohali test with a well crafted 69 before he got a harsh decision from Aleem Dar. So it is very interesting to see the team combination from Australia for this match. There will also should be a replacement for Mitchell Starc who is flown to Australia for surgery. So Michael Johnson is expected to play his first game in this series. Peter Siddle who claimed a 5-wicket haul (first one from Australia in this series) in the first innings of Mohali test will sure to secure his place in the eleven. There will not be any changes in the spin department as there is no effective replacement available.

Australia not made any replacement for injured Mitchell Starc. So they will have the same squad that played third test. The Australian squad for the fourth test is:

As suggested, it is almost sure about the inclusion of Shane Watson into the playing eleven but want to know at the expense of whom. If Clarke is unfit, Watson will replace Clarke as a player as well as captain. But if he is fit, Phil Hughes or Stephen Smith will have to sit out for Watson. There is also uncertainity about the place of Moses Henriques. He is out of form both with bat and ball in 3 tests in this series expect a first innings heroics at Chennai. May Glenn Maxwell get a nod over Moises Henriques in the eleven. Mitchell Johnson will replace injured Mitchell Starc and Peter Siddle will retain his spot. We don't expect any changes in the spin department as there are any capable players in the squad. If Mathew wade is back in the squad, then selectors will force to include Brad Haddin as a batsman which will create another dilemma in the bating department. The expected playing eleven for Australia is:

There are many channels which will telecast India Vs Australia fourth test in live. The channels are:

South Africa and most part of Africa: SuperSport.

There many websites which telecast this match live through online. The first one is official while others are non-official. The live streaming websites are:

The live scorecard, detailed match analysis and ball by ball commentary can be obtained from the following websites:

Even though this test match became a dead rubber, a close contest between India and Australia is on the cards. Australia expected to play from their skins and they will have fight hard to gain a draw out of this match. Considering the present form, India will be firm favourites for this match. Australia will be more than happy if they can avoid a series whitewash. Afterall, it's a game of cricket, a game of uncertainity. You can't predict what will happen in cricket. Lets wait and watch for the result.

Cricket tips for the budding cricketer

Today cricket has become the most famous sport in the world. Every child these days aspires to become a cricketer, especially in our country. And as with any sport, there are certain things to be kept in mind in order to achieve success. In this article, I will discuss a few useful tips about cricket for budding cricketers.

The strong Indian team crossed the 400 mark for the second time, and this time they did it against the very good Sri Lankan team.