Hallmarking of gold jewellery by BIS – Purity of Gold

Basically there is no gold of 100% purity and purity of gold is measured in carats. 24 carat gold is considered to be pure gold. It is said that to extract or produce gold equivalent to one finger ring of gold about thirty tonnes of used ore is dumped as waste consisting of many heavy elements such as cadmium, lead, zinc, copper, arsenic, selenium and mercury which is major source of pollution of water unsuitable for human consumption. Silver and/or copper are mixed with gold to make an alloy and its purity in gold measured in carats gives the percentage purity. For example 18 carat gold, is of 75% purity calculated as [18/24] x 100 = 75%, consists of 75% gold, 12.5% copper and 12.5% silver as per standard norms. Hallmarking certifies the purity of the gold as per BIS standards. 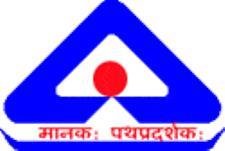 Understand about weights and measures of Gold

Basic unit of weight used for dealing in gold is troy ounce. 1 troy ounce is equal to 20 troy pennyweights. Jewellers internationally use pennyweight (dwt.) which is equivalent to 1.555 grams as common unit of measurement.

Gold price history charts give a fair idea about the trends of gold prices. Recession hit and bearish stock markets tend to increase the gold prices. Indian gold market is also affected by the fluctuation of prices of US dollars. Strong INR decreases the prices of gold in INR and vice versa. Government import policies, local economic conditions and seasonal sale also affect the supply and demand. But it has been observed during the last one century (100 years) that gold used to be the safest haven for investment over a long term plan. Gold prices started increasing continuously since 2006-07 to 2010-11 and stabilized at the end of year 2011.

Due to SDR's, special drawing units introduced by IMF and the world wide discussions being initiated to evolve uniform Global Currencies or Regional Currencies like Euro, it is quite possible that Asian countries may come up with their own regional currencies for bilateral or multilateral trade transaction in the Asia Pacific Region. In such a scenario the monetary value of Gold may vanish with the passage of time as the major gold consuming countries' taste for gold jewelry is shifting from Gold jewelry to Diamond jewelry. The author can foresee that in the near future there might be tendencies among Indian households to pledge their gold to obtain Gold Loans and the Gold Loans may also force the Banks to pass through Gold Redemption Crisis on the same lines as Mortgage Redemption Crisis faced by the American Banks in 2007 and 2008 during the great American Depression when more than 30 Banks including Lehman Brothers failed in America.

What is the game of percentage in the business of gold?

The jewellers sell ornaments to his customers saying that the gold from his shop is the purest in. While the truth is that on general basis, gold is not available in the market in more purer form than 85%. The entire market of gold is based upon ‘percent’. No matter what the rate of gold in the market is, the jewellers must get the benefits in percent while the customers either sell or purchase ornaments. This article discusses this arithmetic of ‘percent’ in the gold business at play.

Things to be remembered while purchasing gold

We all are aware of the fact that India is largest importer of gold. By tradition we use gold as ornaments and due to undecidable condition of other markets it has become one of the most preferred choice by investors. In this article I will explain thins to be considered while purchasing gold? What is meant by carat? How gold is measured? How the purity of gold is measured? And other important things related to gold.

Planning to buy gold? Check out this article for some tips & precautions you need to take while purchasing gold items, including jewellery.

How To Purchase E-Gold In India?

At one time, buying gold meant buying ornaments from jewellery shops or from banks. In recent days this trend has changed and new ways of buying gold have emerged. These included buying gold in demat form, gold etf, etc. The latest one is trading in E-gold. This article will give you guidance tips on investing in e-gold in India.

Good information. So many doubts about purity of gold and its pricing mechanism on the basis of purity in terms of carats resolved. I think this carat system does not work for pricing of diamond jewellery. If possible write something about diamonds also.

Ashok Goyal, Your article throws lots of light on gold, its quality, weight, price & purity. When we purchase gold we feel very confuse about its purity, weight, price sometimes about its color also. After read this articles some doubts are cleared. We should keep all above point in our mind when we are to go to buying gold because gold is not only jewelry but also a good investment option for future. Women much like gold because it is used as ornaments as well as assets. According to me “It is very precious article regarding knowledge of gold".

This is the good article posted by the author and appreciation for that for giving in depth view on how to make guarded investment in gold and jewels. Surely for middle class people investing in gold is the one time exercise and they must make sure that they are purchasing genuine gold which can be of help in future. In this regard I they must approach the reputed shops which are doing this business with good client record. Normally small gold shops cheat the customers in carat counts and that wont happen with reputed shops. Moreover the jewels must be purchased at those shops which guarantee same amount warranty in future.

Thanks for the encouraging remarks by the readers. Soon in depth study article on Diamonds, Cents, Carats, their valuation, certification, resale opportunities, myths and doubts is under preparation and will be served in an plateau with all doubts cleared about the diamond jewelry. Stay connected with the author.

Hallmark is no doubt a sign of purity but marking on the hallmarked jewellery can also be copied and embossed. What to do if the other jeweller, at the time of selling, informs that hallmark on the jewellery is faked.

Update by the author on 5 marks of Hallmark before buying jewellery:
1. Purchase Jewellery from BIS licensed jewelers.
2. Hallmarking charges are just Rs.25/- per article of jewellery. Do not pay more.
3. Buyers can verify the purity of hallmarked jewellery at any BIS recognised or referred laboratories as available on www.bis.org.in
4. Verification Charges by such recognized and referred labs are just Rs.25-00 per sample or article. Do not pay more.
5. Do not be misled as there is nothing like instant Hallmarking as it takes minimum 5 to 6 hours for the hallmarking labs to check the purity of the jewellery before hallmarking.
5. Use Magnifying Glass to check the originality of the Hallmark.

There is Compensation Policy if Hallmarked Jewellery is found to be of lesser purity.

What to do if you find that Hallmark is faked on your Gold Jewellery?

If you come to know or suspect that you might have purchased some fake or counterfeit gold jewelry with faked Hallmark then take it is better to take it to your local trusted and qualified jeweler where he or she will be able to test the item and confirm if it is faked or genuine. But never try to resell your faked hallmarked gold back into the market as it is a criminal offence to trade in counterfeit or fake goods. Just write down an article on your experience as to how you came to the conclusion that the jewelry was faked by sharing your knowledge on IndiaStudyChannel or WebQuestionAnswers and telling the public at large about few tips to differentiate between the original and faked hallmarked jewelry. Make all out efforts to recover back your hard earned money. However if you are not in a position to get back your money either from jeweler or under the compensation policy of Hallmarked Gold then inform your local police station as to where and when you purchased the item so that they might be able to help recover your money.
Author: Aditya Mohan30 Jun 2016 Member Level: Gold   Points : 0

Nice article! Would be super helpful.

@Aditya Mohan, Thanks for liking. I would like to add here that the Gold Prices which were stagnant since November,2011 and the prices of gold in the international market came down from $1700+ per ounce to $1000 per ounce has started moving up for the first time and risen to more than $1300 per ounce. Due to the Brexit phenomenon the US $ has hardened and there is every likelihood of prices going up till the Deepawali 2016 in Oct/November,2016.

The author has given good guidelines for understanding the gold quality when going to purchase gold.

Gold is a wonderful commodity. It's shine and lustre always attracts the attention of people. No other metal can replace gold when it comes to jewellery.

Due to its use in jewellery, it is always in demand. One thing which I have noted is that for the last few years gold prices are stagnant and hovering around Rs 30000 per 10 g. So there is no appreciation in gold seen from the investment point of view during the past few years.

Now Govt has floated gold bonds also in the market which give an assured return of 2.5% in addition to any increase in its' price in long run. So people are going for this mode also.

It appears that the craze for gold has decreased. The stagnation in its price and people going for gold bonds are the main reasons behind it.

With more people going for mutual funds and with a hope of rising equity market, the investible funds for the gold are likely to shrink further.