Allu Anvita is the youngest member of the Allu Ramalingaiah family. Her great grandfather is a great comedian who is well known in Telugu film Industry. She is the first heir of the 3rd generation of Allu's family. Her grandfather is a mega-producer who is the owner of Geeta Art and also have a lot of other business. Her parents are Neelima Bandi and Allu Venkatesh. 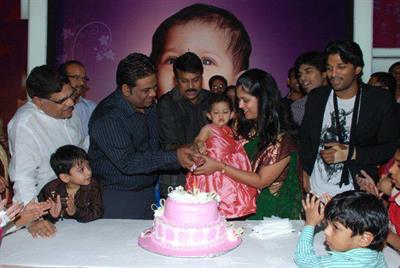 About Allu Bobby and Neelima:

There is not much known about Allu Venkatesh as he is more popular as Allu Arvind's eldest son and he is unexposed to media. He is nick named as Bobby. In one of the interviews of Allu Arjun, he mentioned that his elder brother Bobby is very close to him. He left for Australia from Chennai after his basic education and completed his higher education in Australia. He runs his own business based on films and he is quite reserved and talks only to his friends. He never exposes himself to media even though a part of such a big family of cine field. He got married to Neelima Bandi, a beautiful girl from Vijayawada on 27th August 2007. 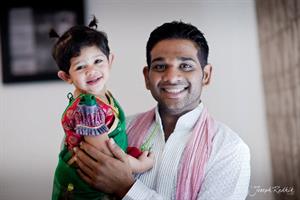 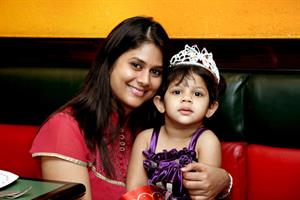 Neelima is from Vijayawada, she did her schooling in Nirmala High School, Inter in Sri Chaitanya and a degree from JNTU. She is the only daughter of her parents and she also has only one daughter. She has two brothers and they are settled in the USA. One elder brother and other younger brother. She worked in Microsoft as a recruiter before Anvita was born and later stopped working for one year or so and started own business in SR group of company which is based on video games. Currently she is working in CA technology as a recruiter. Allu Bobby wrote a blog about her that she is very adjusting and mingled with the family within no time. 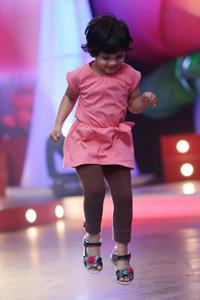 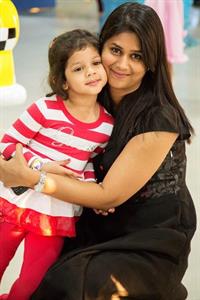 Anvita is the only daughter to her parents and they shower all their love on her. She is nicknamed as Anne and Anvi. She is the niece of the stylish star Allu Arjun and Allu Sirish. Ram Charan Tej is her uncle. She is a cute baby with mind-blowing features. Her cuteness attracts everyone. She was born on 28th February 2009 in Hyderabad. She is loved by everyone in the house and is a highly pampered baby as she is the first girl after two generations in the family. Allu Arvind has three sons and no daughter. Allu Arjun takes her to the sets and deeply loves her. She is doing her kinder garden. Her first birthday was held with a magic show and there were also games for children. They invited their family and friends and it was held in a splendid manner and she also became a centre of attraction at the grand wedding of Allu Arjun and Sneha Reddy. She was two years old at the time of marriage. Hope this beautiful girl of Allu family goes on to attain great heights.

(Note- The name and place of birth has been corrected as suggested by the guest author).

There is a saying in Tamil, "Kamban veetu kattuthariyim Kavi Paadum", meaning the handloom of Poet Kamban's(writer of Ramayan in Tamil as poem) house too sing or write poem. Likewise person amidst famous celebrities will also come in limelight or news. The girl child after two generation in the family of Telugu film industry and favourite actor, Allu Arjun among youth in South India where his marriage has been show caused even in TV channel of all south Indian languages.

May god bless Allu Anvitha to go to great heights.

Hello, it's me Anvita. Throughout this article, you have misspelt my name. Please correct the same. Again, I was born in Hyderabad and not Vijayawada. Thank you so much for having a page about me.