As every Tom, Dick and Harry knows, Sachin Tendulkar is a cricketing icon not just among the zillion fans in his home country, but across the world too. Sachin has been playing his beloved sport since ages, retiring after an incredible journey of over 20 years. He was held in high esteem by his team mates and coaches and got a good deal of respect from them. He is adored by the hundreds who play gully cricket and take part in regional and State level tournaments, hoping one day to follow in their idol's footsteps. There has been loads written about him, his childhood and cricketing career. Now comes the time for the man himself to give an insight into his own life. Sachin Tendulkar's official autobiography will hit the stores on November 6th, 2014. Titled "Playing it My Way - My Autobiography", the co-author of the book is Boria Majumdar, a well known journalist & historian in the sports field. 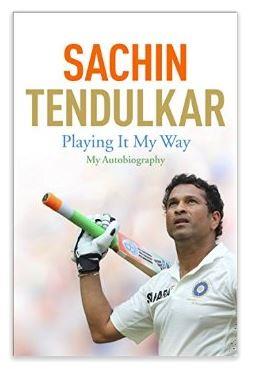 What to expect in the book

Even before the formal official book launch, the book has spiked interest. The primary reason: an excerpt from the book reveals his dismay at former Indian coach Greg Chappell insistence that Sachin take over the reins of the captain from Rahul Dravid a few months before the onset of the Cricket World Cup. In the excerpt, Sachin mentions his shock at Chappell showing disrespect towards the team's captain. All this time, it was only known that there was some hidden discontent between Chappell and the senior players in the team when he was the coach. It was thought that his coaching stint affected the morale of the team.

Another interesting fact is Sachin's revelation that he would have left the sport he so loves. Shocking to even think of cricket without Sachin, no?! It seems his self-esteem and confidence in his own abilities hit an all-time low when he was the captain of the national side which toured the West Indies. On that tour, the team lost not just the Test but also the one-day series. Sachin completely lost his cool, he reveals, giving a tick-off to the team in the dressing room for poor batting displays. Thanks to his better half, Anjali Tendulkar, giving a positive hope on future outings, Sachin did not take the drastic step of leaving the sport.

The above two revelations - about quitting and Chappell - has led to an eagerness to know if Sachin will reveal other negative aspects of his career. There was the controversial monkeygate issue, where Sachin defended Harbhajan Singh in the hearing where Harbhajan was accused of using a racist word against Andrew Symonds. Called as a witness, Sachin had denied it was a racist word and stated that it was merely a Hindi word.

Then there was the equally controversial ball-tampering incident. This occurred in the middle of a test match against South Africa in 2001. The then match referee found Sachin guilty of ball tampering when Sachin was apparently cleaning the cricket ball's seam. A one test ban was imposed. Will Sachin come out in the open in his autobiography to defend himself?

What about the Decision Review System (DRS)? Sachin has often been considered a staunch opponent of it. Will he explain what exactly he does not approve of about the DRS?

Irrespective of what is and what is not revealed in his autobiography, one thing is for sure: there will be plenty of buyers!

This is one book you should not miss having in your home library! Another book (likely to be very expensive though!) is the Sachin Tendulkar Opus, which is still in the making apparently.

The Man behind the Legend - Sachin: A Billion Dreams film review

Fans of cricket, especially of Sachin Tendulkar, must watch the biographical film made on the legend. This article is first-hand review of the film Sachin: A Billion Dreams, which has been released in various languages.

Review of Sachin Tendulkar's "Playing it My Way"

The Autobiography of Sachin Tendulkar had created a great hype in the media with the facts told by Sachin in the book. Have you ordered the book? Do you want to know how the book is? Check this review to get idea about how the book was.

Book Review: 'Playing It My Way' by Sachin Tendulkar with Boria Majumdar

In this review, the autobiography of Sachin Tendulkar has been discussed. The review has furnished the pertinent details of the much-discussed book along with its salient features. It has discussed why should the book is an essential read not only for the fans of Tendulkar, but also for people from all walks of life.

Will Sachin Tendulkar win the 2011 Laureus World Sportsman of the Year Award?