In daily life, we come across many products which are susceptible to degradation as time passes. This list includes foods, medicines and many more. In most of the houses of India, one can find the LPG (Liquefied Petroleum Gas) cylinder to cook the food. Have you ever tried to know how to know the expiry date of the period of the LPG cylinder you are using? What is the technique to know such information? What is the code that tells about the expiry of the LPG cylinder?

LPG has many applications including cooking, refrigeration, heating purpose in rural areas and many automobiles are getting converted to have the engine run on LPG. Due to such widespread application of LPG, one needs to know about its expiry details.

What is the meaning of expired LPG Cylinder?

The expired cylinder does not mean it is no more of use. It means that one has to check for its safety standards by some statutory testing as per BIS. if you have a cylinder with expired period alphanumerical code like D-12 (Last quarter of 2012) then one should get it tested it for any defects and get an appropriate testing certificate from BIS (Bureau of Indian Standards) while taking delivery of such cylinders.

Now, what is the information in A, B, C and D code?

The image shown below shows the code B-17 which means, the cylinder expiry period is the second quarter of 2017. The cylinder may be expired in April, May and June of 2017. After June 2017 if you still want to use such a cylinder with an expired period, one must ask for the BIS certificate indicating safety and statutory testing results from the Gas agency. 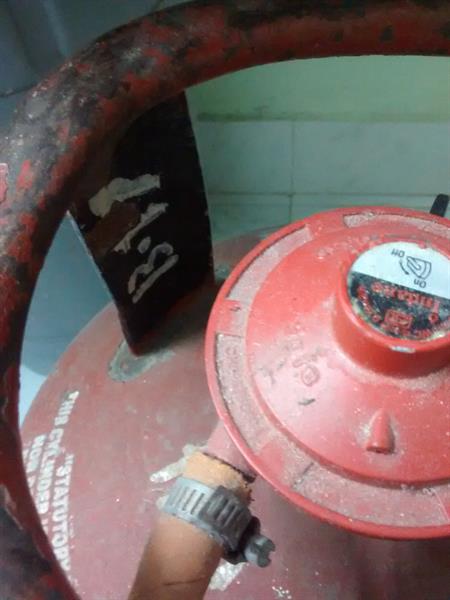 If you buy a cylinder which has expired in terms of the duration, the leakage might occur and can result in an explosion so be careful during picking up the LPG from the vendor. Always check the seal, weight and expiry details before taking delivery from the delivery man.

Eager to get a LPG connection? Looking for details of social welfare scheme PM Ujjwala Yojana for LPG distribution to BPL households in India including its eligibility criteria, application procedures, application form etc? This article suffices your entire requirements.

A very useful and informative article from the author. Everyone should follow the instructions and check if their LPG cylinders have expired or not. The next time when we receive a cylinder from the gas agency, this is an additional point we should always check.

Similar to the LPG cylinder, we should also check for the expiry of the LPG pipe or tube. The life of the tube is 5 years and the date of the expiry is mentioned on the tube itself. Other than the expiry date we should also check for any signs of cracks or damage on the rubber tube. The tube should not pass over any rough edges, which have the potential to damage it. The tube should also be a reasonable distance away from the flame, to prevent damage due to heat. In many household it can be seen that the tube is brought right underneath the gas burners, which is a very dangerous practice. At times, an expert should inspect the complete arrangement of the stove, the tube and the cylinder.

The LPG cylinders are required to be subjected to hydrostatic testing periodically to know its fitness to contain LPG. First testing is done during the manufacture and next periodic testing is supposed to be done after 10 years in India. Each subsequent hydrostatic testing is required to be done after 5 years interval. Such testing is done at recognized testing stations and the next test due date is permanently marked on the stay plate by stamping. It is not correct to say the marked date as 'expiry date' though in layman language it is said so. Its actual or technical name is 'test due date'. At the time of filling of LPG cylinders at LPG plants, the test due cylinders are segregated and not filled. However in case a cylinder on which D-15 is marked i.e. for which the last date of test is 31.12.15 comes for filling in the LPG plant on 30.12.15, then it may not be segregated and get filled. However by the time the cylinder will reach the house of the customer, it may fall test due. There is perhaps no need to panic in such circumstances and in case of any doubt, the LPG distributor may be contacted. Such tests are statutory periodic tests. All LPG cylinders are visually examined to see that the same are free from any noticeable defects before each filling. The cylinders are discarded any time whenever any defects is noticed.

As far as I am aware there is no expiry date for LPG cylinders. I feel the title of the article can be altered suitably. For the common man 'Expiry date' means not be used after that. Hence the change of the title to avoid confusion. It should not trigger panic. The life on an LPG cylinder is 15 years during which two mandatory tests are conducted.

The important thing to remember is to check while the cylinder is being delivered to our home. If we get A 19 cylinder in the month of June 19, then it means that the cylinder would have missed the mandatory check and we can immediately ask the gas delivery personnel to take it back and not accept it.