Most of us in India if given a chance will prefer to study in countries like the USA, UK or Australia for our higher education. Many of us don't even know that right in the Middle East there is a world class university which imparts the American way of education to its students. It blends the high standard of the American universities with the cultural aspects of eastern civilizations. 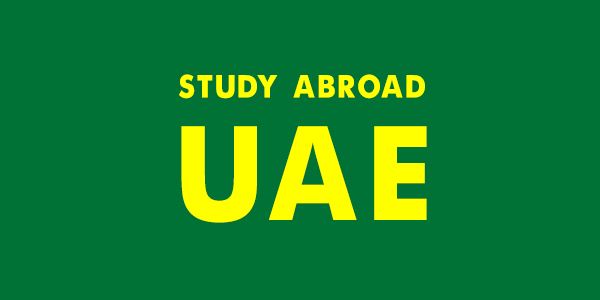 The university was founded in the year 1997 as an independent, non-profit world class institution of learning and serves students from the entire world. It is strategically located in the Middle East. It is well connected to Europe, Asia as well Africa. Sharjah is an important centre for business and is very near to Dubai. Sharjah has been designated as the Cultural Capital of the Arab World by the United Nations. The university doesn't discriminate on the basis of race, colour, religion, ethnicity, language, gender or nationality. It is a coeducational university with equal opportunities for women. The University places more emphasis on merit and academic brilliance.

AUS - A melting pot of culture

American University of Sharjah (AUS) is a picturesque blend of Islamic architecture and modernity. As one enters the 1600 acre complex, one immediately gets impressed by the beautiful domes and arches intermingling with the state of the art facilities of the university. It is not only the architecture which is a mixed one, but the profile of its students and teachers too. It is a healthy confluence of people from all over the world. Its 5000 students come from more than 80 countries. The faculty too comes from around 50 countries. For students from Asia, Middle East and beyond, AUS is one of the popular study destinations. One can find students coming from India, Pakistan, Sri Lanka, Bangladesh and even from strife-torn Somalia.

American model of education in an eastern setting

The name of the university itself suggests that AUS provides the best of American education in a truly multicultural environment. The method of instruction and the curriculum are all based on the American pattern of semesters and courses. The standard of education is same as that of the best American colleges. However the students are encouraged to retain their ethnic and regional identity. Every cultural ethnicity, language and custom is respected at AUS. Just like Studying in US univerities, the emphasis is on providing a broad outlook of the subjects in the initial years of the study. In later years the focus of the study shifts to specialization. There are a variety of courses for the students. There are undergraduate as well as postgraduate courses. Students can major in arts, languages, architecture, economics, engineering and management. The most popular programs at AUS are engineering and business management. Mass communication is one more such field which is hugely popular. Then there are minors like actuarial mathematics, women's studies, petroleum engineering, international business and landscape architecture.

Having a multicultural profile, the students are exposed to different kinds of ideas and influences from various cultures. As part of their education, the students are encouraged to bring in ideas from their respective culture and to do projects based on them. There are over 65 student clubs in the entire university. Of them around 38 are ethnic clubs catering to different ethnicity and nationality. There are clubs like math club, literary club, comedy club and also an innovators' club. The library is a state of the art facility spread across 11000 square metres. The students have a rich campus life, as cultural and sporting events are held almost every day. More than theory, the university gives stress on practical learning. All year round students are evaluated on the basis of projects, assignment and class participation. Throughout the year students participate in quizzes and projects. All these aspects are given importance while evaluating the students for final grades.

Students from all over the world can take admission in the undergraduate courses after completion of 12th. There are at least two ways to take admission. An early admission process and a regular process.

This is suitable for the courses in engineering, architecture and design where there is a huge demand and the seats are limited. But this privilege of early admission is offered to highly meritorious students who are in the final year of their higher secondary education. The students need to send their final grade reports for the previous two years along with the application form. The students also should have their TOEFL or IELTS score and SAT score as per applicability. The students should have their passports ready too. Final admission is only confirmed after the submission of class 12th pass certificate.

This is the normal way of admitting students after the completion of their higher secondary school education. The admission criteria are similar as for early admission process. An additional requirement is the class 12th pass certificate which needs to be submitted along with the admission form. The final grades of the last three years of education are to be attached too. Admission depends upon the availability of seats.

Other than being academically brilliant, students who desire to take admission in AUS need to be proficient in the English language. They need to have a minimum score of 80 in the online version for TOEFL and 6.5 in the academic version for IELTS. Students can use the online facility for applying for admissions. The website id for the same is: www.aus.edu/apply

Top scholarships for Indian students to study in UAE

Are you among them who have planned for higher studies from UAE and want an option to support your education financially? There are some scholarships specifically for Indian students, which may support you for your purpose. Please find all the details in the article.

Advantages and disadvantages of studying in Europe

Most of the Indian students prefer to go America, UK, Canada, Australia for higher studies. But it is good to realize education among European countries like Germany, France, Sweden, France, Austria, Finland, Italy, Norway also considered to be the best countries to study abroad due to cheaper and very high in quality. In this article I have discussed in detail about the advantages and disadvantages of studying in European countries.

Where to study abroad in Asia: top 3 popular academic destinations

Eager to pursue undergraduate or post graduate programs in Asian countries? This article provides information on studying abroad in Singapore, Hong Kong and China. You will find a list of popular universities in these countries which offer educational program to international students, including those from India.

Looking for low cost educational options abroad? This resource attempts to help Indian students from middle-class background to pursue quality higher studies in foreign countries at affordable cost. The countries chosen are based upon the costs and standard of higher education.

A very informative article from the author. He has mentioned almost all salient features of taking admission in American University of Sharjah. Students community will find this article helpful.
However, four aspects mentioned below should have been discussed in this article for the benefits of the Indian students:-
(i) Educational cost for studying in this University along with scholarship available, if any.
(ii) Whether board and lodging facilities available for students, or not. The living cost of Sharjah would be useful for students.
(iii) Weather of Sharjah is required to be noted by the students.
(iv) Last but not the least, the author could have mentioned whether on-campus placement facility for the students is available, or not.