New Zealand with only a population of just over 4.6 million, has eight world class universities. Considering the small population and size of the country, it is nevertheless a marvelous feat. Combined together, they provide tertiary education to over 180,000 students from the country as well as from around the world. The country follows policies which are favourable to international students, who can also seek for permanent residency, once their studies in New Zealand are over. The article Seven reasons why you should study in New Zealand explains in detail the benefits of studying in the country. Given below are the names of the eight universities of New Zealand where you can seek admission in the field of higher education, in case you are seriously considering a study abroad program. 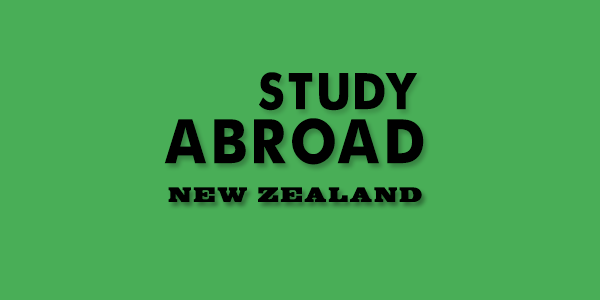 It is important to remember that for studying in New Zealand, other than the academic requirements, anyone not having English as the first language, has to meet the requirements for the English language. The most commonly used English language tests are the IELTS and TOEFL. You need to have the necessary scores in both the tests. A number of scholarships are available for international students to fund their education in New Zealand. The tuition fees depend on the level you are studying and the course you have undertaken. One can check the websites for more details regarding the admission procedures and fees for studying in the respective universities.

Seven reasons why you should study in New Zealand

New Zealand offers the best avenues for your plans to study abroad. Simplicity of the application process smoothens the road for your overseas study procedure. Find all the information you need to apply for a Study visa for New Zealand successfully.

Best Countries to Study Abroad besides UK and USA

Singapore, Hong Kong, New Zealand, Canada and Australia are emerging as popular destinations for Indian students seeking to pursue higher studies abroad. Find out all you need to know about these higher education destinations and what they have to offer.