The international education fair organized by the newspaper group 'The Hindu', is quite popular with Indian students and their parents. It provides them with the much-needed guidance for selecting the most suitable course and the country where they can possibly pursue the course. The annual event is a very popular one, which can be judged from the fact that this is the 9th time that the education fair has been organized. The fair provides the students the opportunity to realize their most cherished dream of studying abroad in a world-class institution. 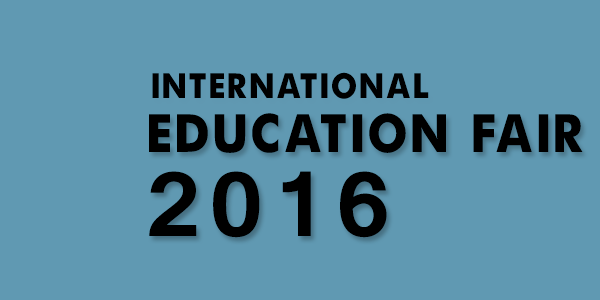 This year the fair has been organized in four cities of South India. They are Hyderabad (15th May), Coimbatore (17th May), Bengaluru (19th May) and Chennai (21st -22ndMay). It is well apparent that students of these four cities have been very fortunate in getting the chance to participate in this kind of education fair and clear all their doubts and queries regarding studying abroad. This was a real good opportunity for students and parents alike to interact with the representatives of the best colleges, universities and educational consultants from all over the world. For many it was the chance of a lifetime to get expert advice on deciding upon the best option to study abroad.

The international education fair was attended by representative groups from different countries. Officials from these educational boards and consultancies interacted with prospective students through special seminars and counseling sessions. They gave a lot of useful information regarding visa procedures and how to obtain student visa with the least of hassles. Some of the important groups are listed below.


Along with the respective education boards, the fair was well represented by a number of top universities from countries like US, UK, Canada, Australia, New Zealand, Ireland, France, Germany, Latvia, Bavaria, Switzerland, Cyrus, Sweden, Singapore, Philippines and Malaysia. The cities where the fair was organized this year are all high potential regions. A lot of students from these cities and the region surrounding them go abroad for their higher studies. In all the cities, the fair was organized from morning 10 am to evening 5 pm. The fairs were all organized in star hotels in the respective cities. Some of the institutions taking part in the fair offered numerous scholarships to students then and there. The fair helps the universities to directly reach out to students, who are eager to study abroad.

Such fairs are a boon to the student community

The fair was a success considering that a small country like Latvia is able to attract students from India to its universities. As per a representative from Turiba University, Latvia, this fair which has been organized since last many years helps them to directly connect with students willing to study in the country. As per him during the calendar year 2015-16, there are 600 Indian students studying in Latvia. That's very much appreciable for such a small country. From the students and parents point of view too, the fair is very useful, as it allows them to personally consult the representatives from various universities under one roof itself. Education Plus International Education Fair organized by the 'The Hindu' group of newspapers is not the one of its kind. Many such education fairs are organized in the country routinely, providing the much needed guidance to students for a study abroad program.

Article by Dhruv
Dhruv is an electrical engineer by profession. Apart from liking his job, he has a special love for writing and has often dabbled in writing scripts for skits and short plays. As a Content Developer at ISC, Dhruv is having a whale of a time, showcasing his writing skills.

How to apply online for 2015 UK Commonwealth Professional Fellowships

How to get financial aid to study abroad

How To Apply For A Study Abroad Program?

On completing or graduation, a host of queries looms over a young educated "What next? Continue higher studies in India or overseas? If it is abroad is it beneficial to go ahead with obstacles like finance, new place and culture?" If so why to study abroad? How to apply for a study abroad program? This write-up answers the queries exploring various benefits acquired from overseas study program and detailed application process to study abroad.