During the 20th century, the computer industry has seen a massive boom straight from room size computers to personal ones. It is evident that earlier the computing networks were centralised which resulted in a huge pile of extra work but with decentralisation, the workload has reduced exponentially. Earlier it was common for large firms to have at most 1 dozen computers but these days the number has run into lakhs and they all are interconnected. These systems are called computer networks which refer to a collection of autonomous systems connected by a single technology. The medium of connection can be fibre optics, microwaves or even satellites.

NOTE: The Internet basically is not a single network but a collection of networks and the web is a completely distributed system that functions on the top of Internet. WWW is thus an example of distributed system in which a set of independent computers appear to its users as a single coherent system. They have a single model that is presented to all its users and there exists a software layer over OS that implements this model. This model is absent in network system where each user gets to see other systems as they are. The primary difference thus lies in the software. 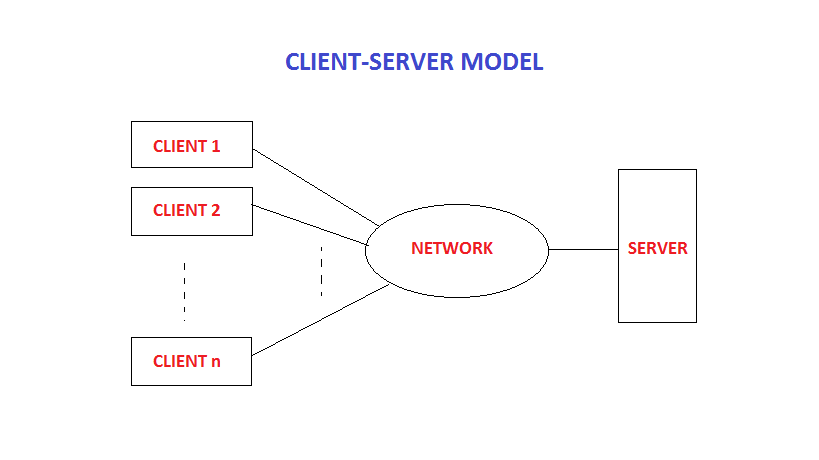 The representation above reflects the fact that there are multiple clients who access the server through a common network to obtain desired data. The model works using request and response. The client computer sends a request to the server and waits till the server sends back a response. Both the interactions take place via the network.

With advancement in technology, each of the above-mentioned sectors is adding in more and more facilities for its betterment and easier functioning.

In this resource we are going to have a discussion on the ideas and ways out to safeguard our System and Laptops. There are some additional powerful tips for the laptop security in the end. In order to have a clear cut idea that what is actually the difference between malware, spyware and other security threats, kindly have a look at the resource in detail.

Changing Power Options in Your Computer

Imagine a scenario wherein a user has to switch off the system temporarily, but he/she doesn’t even have the time to save the program/application on which he/she is working. If the user is aware of the various power options available with Windows, he will definitely use them during such scenarios. This article informs change the power options in the computer.

The Value Of Computer Education Today

Hubs and Need of Hubs

Hub is a special device which is used to extend a network by allowing additional workstations in the network.

The computer networking has been explained in a very simple language. This is a very useful article for beginners who want to understand what networking does. Today computer networking has evolved as a very big field where lot of software engineers are engaged. There are many important considerations in designing a network. How many clients it will be able to handle at a time? What is the rate of data transmission through the network? Whether the server computer is able to process and handle that data? These any many other aspects which are designed and engineered in creating a network.

Once the hardware part is installed and tested with the networking software and connected to the client, then comes the important part of maintaining it. There are many bugs in the software which require to be corrected in the software from time to time. Hardware faults are more fatal as they will make the system come to a standstill. So big companies keep a back up system for emergencies.

Networking has emerged as the biggest activity in the world of internet and mobile technology and people, groups and companies are connected to each other in uninterrupted ways.