In earlier days only one program could be run on a computer system at a given time and it would have complete access to all the resources of the system. These days its possible to load multiple programs into a given system and make them all run concurrently. For this to happen there was need of firmer control along with more compartmentalization of different programs which resulted in the concept of process i.e. a program in execution. System basically has a 2 types of processes, first the operating system processes which execute the system code and next the user processes for the user code. All the processes are run concurrently as the operating system switches the CPU between them for faster execution.

There are situations when the user may be executing a single program but the system has certain internal programs running at the same time. Both of them are processes since they are similar in activity. It is important to note that often the terms job and process are used interchangeably though they mean the same.

Informally the process is considered to be a program in execution though it means a lot more than just a program code i.e. the text section. It contains information about the current state of the given program which is represented by the value of the program counter. It also contains the contents of the processors's registers, process stack which is responsible for holding the temporary data like function parameters, local variables and return addresses, data section to store the global variables. Process may also have heap which represents the memory that is dynamically allocated at run time.

Process refers to any program that is being executed by the system and the program counter points to the next instruction along with the set of associated resources. Apart from this all processes are considered to be passive entities. Such passive entities become a process when they are loaded from the secondary memory to the main memory. One important thing to note is that even if multiple instances of the same program are generated, they are considered to be separate processes e.g. a particular website is opened in different browsers, they would be treated as different processes though they all show the same content. 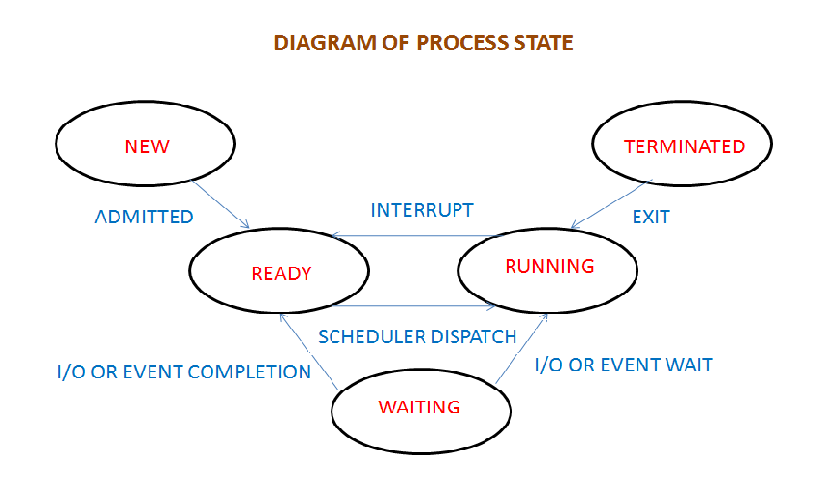 Once the process gets into the main memory, it undergoes a number of transitions between the following mentioned states:


The above mentioned states can be represented by other names as well, depending on the operating system but they would always be present for the efficient functioning of a system. 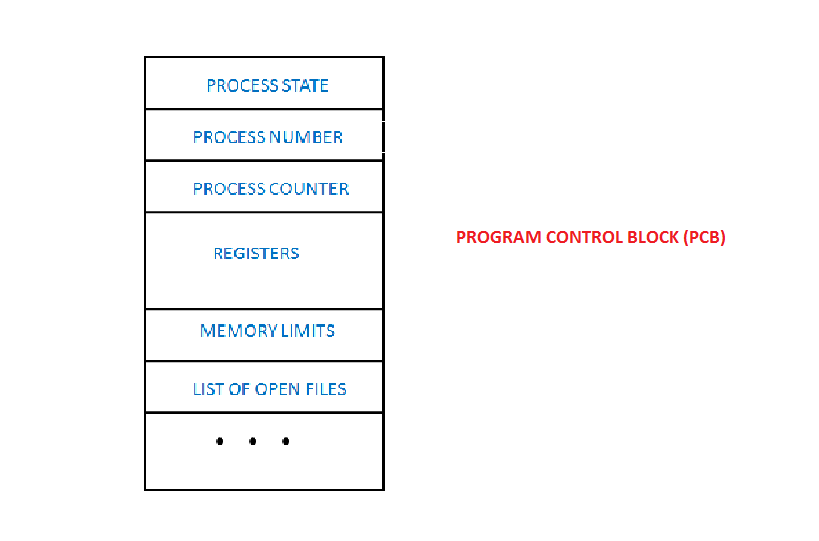 It is an important part of process management since each process is represented in the operating system with the help of the process control block(PCB). It is also referred to as the task control block. It contains almost all the necessary information associated with a given process. 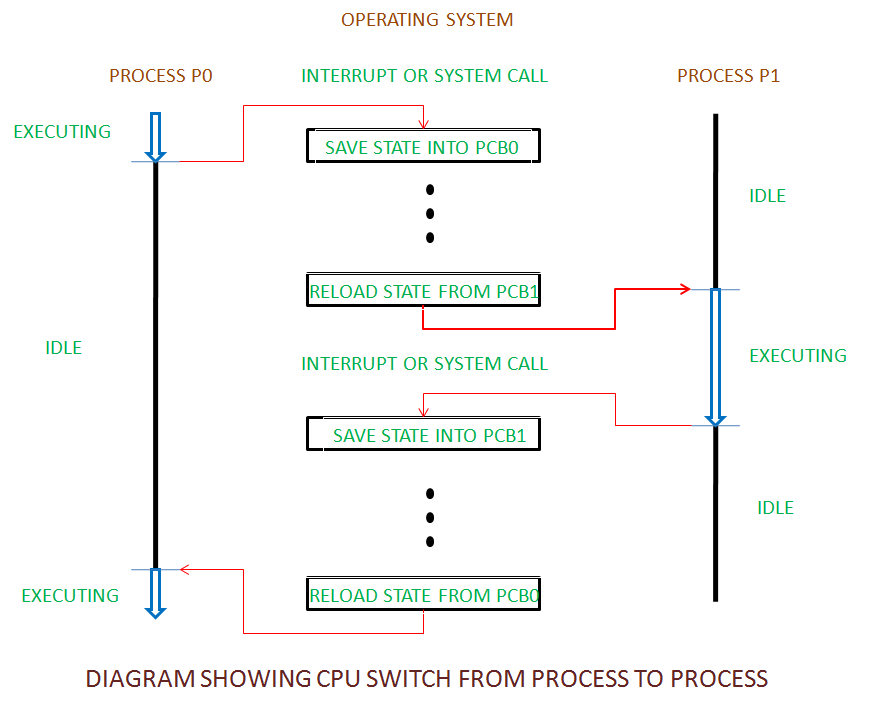 It is important to understand that when a particular process is being put to execution, it means that a single thread is actually being processed. At a time, multiple threads can't be processed together e.g we cannot type in multiple characters simultaneously and run the spell check at the same time separately. New systems are coming up which a single process to have multiple threads for faster execution.

Characteristics of a good officer

An officer implements the policy of the management. On the other hand, he has to get the work done by the subordinates. An efficient manager possesses some qualities. The author has discussed the characteristics of an efficient manager. Read on to know more.

Preparing for and attempting the exam papers efficiently

Do you get worried about facing the examinations and always getting frightened about the whole exams and writing answer papers? Read this article to know about efficiently preparing for exams.

How to efficiently reduce living expenses?

This article discusses about the need for efficient communication skills in the world of today.

This article explains the various types of processes. It could have been better if the author would have included the schedulers in the diagram. This would help the readers to understand how the state of processes is changed.
• Short term scheduler is used to take the process from ready to running state and there are many algorithms like FCFC, Round Robin, Shortest Job first, Priority Scheduling for it.