What is Sandy Hook?

On the northern shore of New Jersey there is a barrier beach present known as Sandy Hook. Situated at the entrance to New York Harbor, Sandy Hook has provided coastal defense and has been a federal reserve for more than two centuries. It is part of the Gateway National Recreation Area, which consists of more than 400 parks comprising the US National Park System.

People of all ages from infants to very old people (but young at heart) visit Sandy Hook. When I recently visited there, I noticed a marriage ceremony was taking place. It is a lovely venue for such a happy event. Swimming and strolling at its various beaches are very popular at Sandy Hook. Nature lovers can also engage in a variety of outdoor activities such as birding, hiking, and fishing. History aficionados can enjoy Sandy Hook's historic sights.

What is the history of Sandy Hook?

a) One of Sandy Hook's main attractions is its lighthouse, the oldest in the United States, which guided ships through New York Harbor since 1764.
b) Sandy Hook was a former life saving station initiated in 1894 which saved many lives from shipwrecks near its shore.
c) British loyalists defended the lighthouse during the American Revolution which permitted British naval access to NY Harbor.
d) During the War of 1812, Sandy Hook was initially fortified by the US Army and later served as a testing site for weaponry.
e) To protect New York City from naval attacks and to defend NY Harbor, Fort Hancock and its gun batteries were constructed in the late 19th century.
f) In the 1950's anti-aircraft weapons and surface-to--air missiles were included in Sandy Hook's arsenal.
g) Nowadays environmental and educational groups use some of Fort Hancock's buildings. 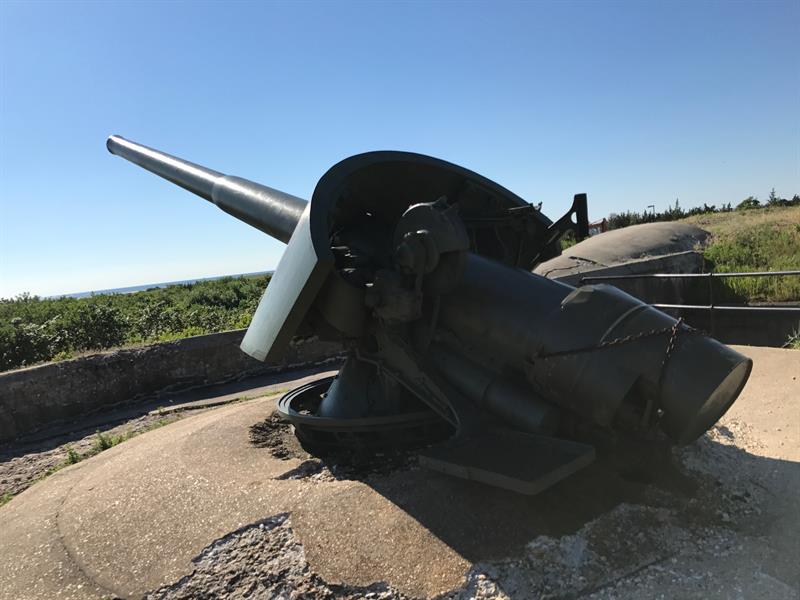 How many beaches are present at Sandy Hook?

There are 5 major beach areas at Sandy Hook. North Beach and clothing-optional Gunnison Beach are the most popular. Sandy Hook offers a variety of amenities including a campground, surf fishing areas, lifeguard -protected swimming beaches, restrooms, beach showers, and picnic areas, among others. The Coast Guard area is closed to the public. If you travel by car then there are several parking lots. On beautiful summer days, especially on the weekends, it is advisable to arrive early since parking lots fill up very quickly and vehicle admission to the park is then restricted. Admission to the park per vehicle is 15 USD. Beaches are open from 5 AM to 8 PM. If you travel by ferry then this service, which is seasonal, is available to and from New York City. Ferry service is also available to Atlantic Highlands Pier.

A major Sandy Hook attraction, popular with sightseers, is its lighthouse which is more than 250 years old. The lighthouse can be visited year-round from 1 PM to 4:30 PM daily. The Sandy Hook Visitor Center is at the Lighthouse Keepers' Quarters at Fort Hancock and is open daily from 9 AM to 5 PM. Fort Hancock also presents several interesting sites to visit including the Battery Potter, the Mortar Battery, and a restored building called History House on Officer's Row. Most of these are open to the public on summer weekends. 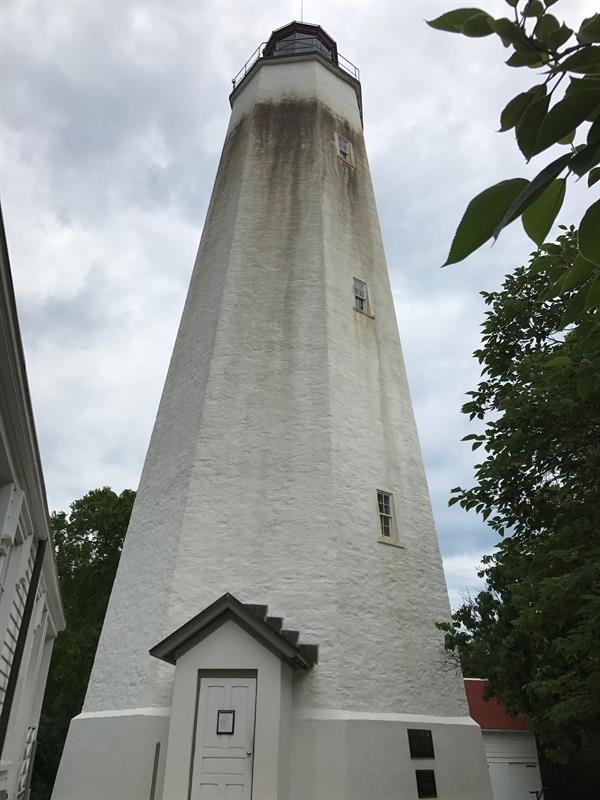 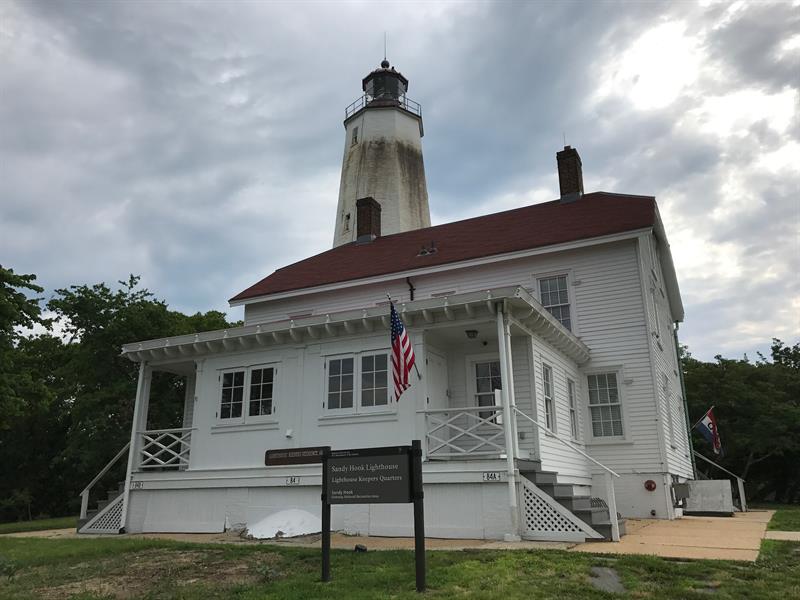 What items should be taken to Sandy Hook ?

a) Food trucks are available at Gunnison Beach on weekends and sometimes on weekdays. Therefore, it is advisable to bring ample food and beverages, particularly water, with you.
b) Sandy Hook has a "carry In/carry out" policy for trash. There are no garbage cans at the beach. Whatever waste you have, you must take it with you when you leave the beach. So It is suggested that you take several plastic bags with you for disposal of garbage.
c) Carry good amounts of water especially if you visit the beach in summer or plan to camp.
d) Open fires and glass containers are prohibited at Sandy Hook.
e) Avoid exposure to ticks and poison ivy which are common at Sandy Hook. Consider bringing insect repellent as well as sun screen to avoid sunburn.
f) Strictly follow posted speed limits in the park. I personally noticed traffic police giving speeding tickets to drivers.
g) Off road parking is not permitted so park your car in designated areas only. 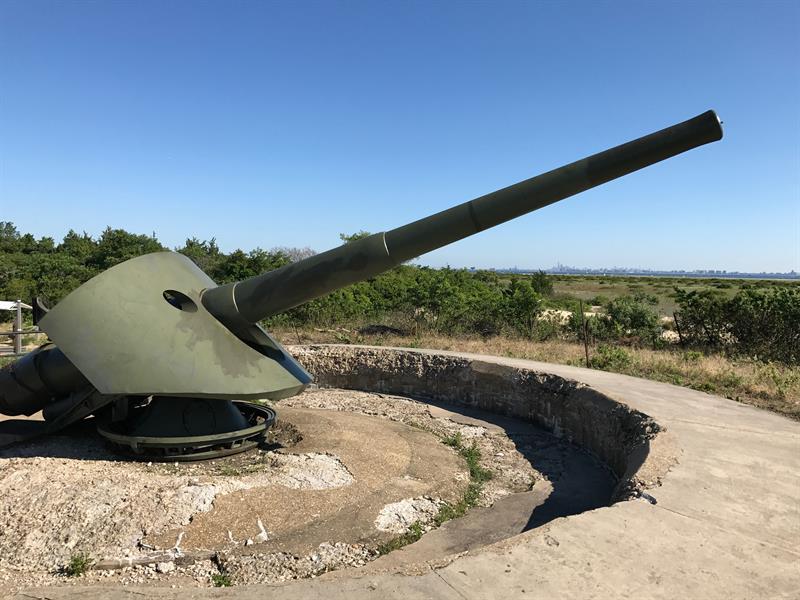