Bacteria are unicellular Prokaryotic organisms present everywhere in nature. So they are known as omnipresent organisms. Literally there is no place in nature where bacteria cannot live including hot lava's, snow caps of Himalaya's, hot spring water, deeper depths of Seas and Oceans, acidic or alkaline soils, radioactive wastes, on the surface of your body and inside your body etc. It is roughly estimated a 70 Kg. human include 30 trillion body cells but such body roughly hosts 39 trillion Bacterial cells.Bacteria are the smallest of all unicellular organisms which cannot be seen with our naked and can be seen only under microscopes.

Sizes and Shapes of Bacteria

Basing on the shapes, bacteria are four kinds:- 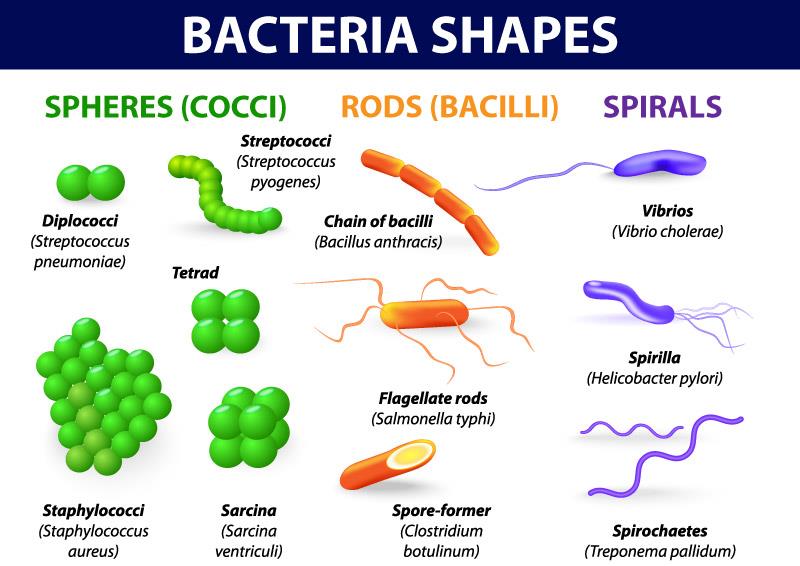 The following is the description of a generalized bacterial cell as seen under Electron Microscope. A Bacterium is a unicellular Prokaryotic organism. A Prokaryotic cell is characterized by an ill defined nucleus without nuclear membrane, lack of double membrane d cell organelles and ribosomes present are of smaller type. 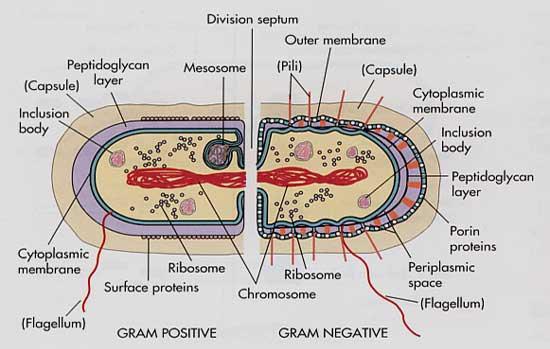 
Position of Bacteria in Classification

There is a lot of dispute with regard to the position of bacteria in the classification of organisms. Some scientists believe that bacteria belongs to plants because they possess a rigid cell wall, some species of bacteria can prepare their own food, can synthesize vitamins like plants. Some scientist they believe that bacteria are animals as some species of bacteria possess flagella for their locomotion, they store reserve food material like glycogen and oil droplets as in animal cells, as bacteria cannot prepare their own food.
As these organisms cannot fit properly either into plants or animals, Whittaker created a special kingdom for them in his modern Five Kingdom System of classification. In his classification he kept Bacteria under a Kingdom Monera where all organism which are unicellular, prokaryotic and heterotrophic in nature were placed.