In all living multi-cellular organisms, the somatic cells or body cells of the organism undergo mitotic cell divisions to help in the growth of organisms, to replace worn out cells of the body and to repair the damaged tissue of the body. But in some unicellular organisms for the sake of asexual reproduction, so as to divide a parent cell into two daughter cells mitosis cell division is involved. 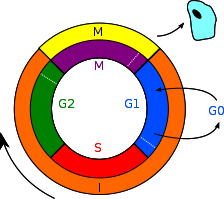 The whole Mitotic cell division can be broadly divisible into two major divisions. They are

The various stages of animal cell division were described in detail below:-

It is the longest phase of Cell division. It is the stage in which the newly formed small or young cell undergo several changes to attain maximum size to start cell division. Scientist generally call this stage as resting stage or sleeping stage as the changes which occur in the chromosomes of the cell are not externally visible to our eye. Interphase is bio-synthetically an active stage as all the materials which are required for cell division are synthesized in this stage. So Interphase is said to be a pre-preparatory stage for cell division.

The following are the sub-stages of Interphase:-

After the pre-preparatory stage Interphase, the cell attains maximum size and it is ready to undergo Mitotic Division through four stages. Through these four stages the division of parent nucleus into two nuclei occurs i.e. karyokinesis occurs. These four stages were explained in detail with regard to animal cell below. 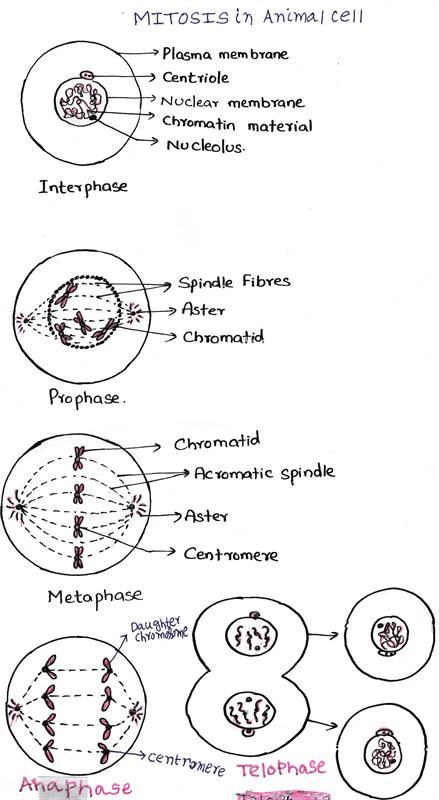 Once the cell completes Telophase immediately Cytokine-sis occurs. The invaginations which appeared in Anaphase transforms into furrow dividing the cytoplasm of the cell into two halves thus leading to the formation of two daughter cells. While dividing the cytoplasm into two halves the cell organelles also get randomly shared between the two cells. The two daughter cells formed after cytokine-sis are exact similar copies of the parent cell in all aspects (in possessing number of chromosomes and genetic constitution) except in their size which are small compared to the parent cell.

You can watch the various events which occur during Mitotic Cell Division through the following Youtube:-

What is the genetic significance of Meiosis

This article explains the genetic, biological and evolutionary significance of Meiosis.