How a nerve impulse will be conducted in a nerve fib-re?

When the nerve fib-re get stimulated, the positive Na+ ions move inwards through Axon membrane and the negative ions move outwards at the excited spot. Due this, at the excited region depolarization occurs.

The point of depolarization now becomes stimulus for the next neighboring area of the Axon membrane which in turn becomes depolarized. Meanwhile the previous area which is depolarized before becomes re-polarized due to active transport of positive Na+ ions to outside. The conduction of impulse along axon membrane is achieved by "Sodium Pump" by spending energy through ATP.

Conduction of nerve impulse along a nerve fib-re is wave of depolarization followed by re-polarization.

You can go through to know about a related topicWhat is the structure of a Neuron or Nerve Cell ? (Part-1) from here.

How impulses will be conducted from one neuron to the other? 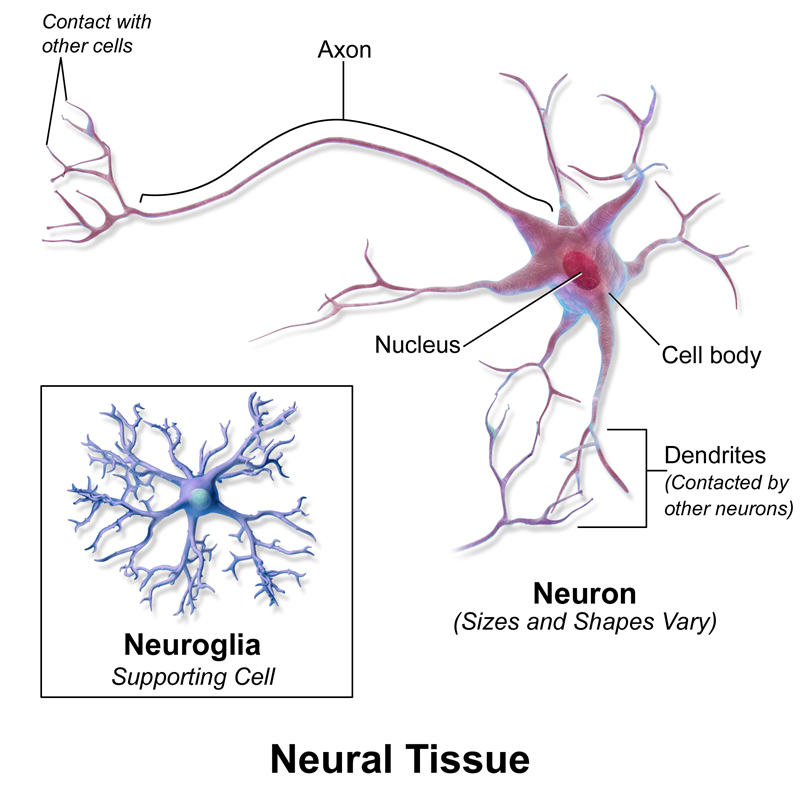 Synapses found between the Neurons (Courtesy:www.wikipedia.org)

What is a Nerve?

Nerve is a bundle of nerve fib-res or Axons of separate neurons covered over by a protective tubular sheath. We can compare a nerve to a electric cable where many electric wires conduct electricity but separated from each other by an insulating plastic covering. Similarly the nerve fib-res or Axons are covered by an insulating myelin sheath which prevent the mixing of impulses. 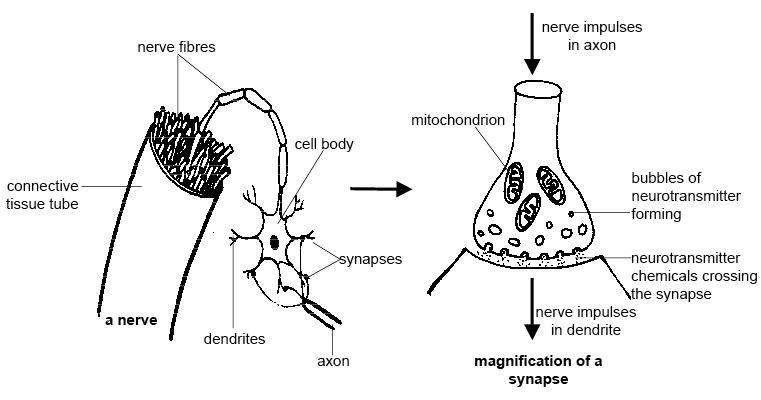 There are three types of nerves found human body. They are as follows:-