His name is not just confined to a hospital in the national capital. His ideology stands forever in Indian political thinking which many of the politicians even today regard it as base to maintain social equilibrium. He always felt that the manpower we have is our strength and it should be properly utilized. "We may not have big machinery with us, we have the might of the manpower with wonders", he used to say.

Ram Manohar Lohia was born in the year 1910 at Akbarpur in Faizabad District in Uttar Pradesh. His parents were Hira Lal and Chanda. His father was a school teacher and a freedom fighter. Lohia lost his mother when he was two years old. He was inspired by his father's Nationalistic ideology and followed his path. Thus Lohia was introduced to the Indian freedom struggle by his father and his first ever event was organizing a small hartaal on the death of Lokmanya Tilak.

He did his schooling in Faizabad and passed the Matriculation Examination in the first class in 1925. Later moved to Banaras to complete a two-year course at Banaras Hindu University. He did his B A course at Vidyasagar College in Calcutta and obtained his Honors degree in English Literature in 1929. He went to Germany for higher studies. he was awarded Doctorate from Berlin University for his work on the Salt Satyagraha in India. He returned to India in 1932.

The rise of Congress Socialist Party within INC

He followed the leadership of Acharya Narendradev and Jayaprakash Narayan who created a small group with leftist ideology within Congress. The rise of the Congress Socialist Party in 1935 under their umbrella brought a new dimension to the fighting spirit of the Indian National Congress to attain freedom. CSP represented the radical line of thinking people into one fold within the Congress who felt that Gandhian thought of achieving freedom through peace and dialogue process would no more work with the British. Along with stalwarts like Jayaprakash Narayan, Yusuf Meherally, Achut Patwardhan, Ashok Mehta, Kamaladevi Chattopadhyaya and Acharya Narendra Deva, he was one of the founding members of the Congress Socialist Party. Their efforts have influenced leaders like Nehru and Bose and they haven't joined hands with them but tried to pacify Gandhiji not to alienate them from Indian National Congress. Lohia too felt that aggressive approach would only serve the purpose and he was made a member of the working committee of the CSP. He maintained to say that Hindu-Muslim Unity could be achieved not by compromise but by laying stress on economic issues which equally effect the Hindu and Muslim masses of the country. He was not in favor of the Congress and Muslim League accord on Pakistan. In fact the CSP and Dr. Lohia, by virtue of his populist thinking, in particular made Congress to adopt Socialist pattern of society after independence.

During his study at the Berlin University in Germany, he organized Association of European Indians to voice against British oppression in India. His article 'Satyagraha Now' in Gandhi's newspaper Harijan attracted the anguish of British and put him in jail for few months.

Split in Congress after Independence

The socialists within Indian National Congress were not happy with the partition of India on 15th August 1947 and continued to disagree with Gandhiji's nod for formation of Pakistan. The death of Mahatma resulted in the vertical split of the Congress and the socialists started a new party by name Socialist Party. Ram Manohar Lohia was the founding member of the party and he toured all parts of the country bring together the peasants, the factory workers and the workers in the middle class. He became a strong critic of the policies of the Nehru Government. His thought provoking speeches against caste-ism in India made him the champion of the poor people and his simple living and style increased the number of followers for him. he always pleaded that Indian cities should self-administer themselves such that there not be need for the police or army.

His prominent literary work – 'Marx, Gandhi and Socialism' is a masterpiece and serves as a reference for those students of Economics and Sociology. He authored other books like 'Culprits of the Division of Bharat', 'Wheel of History', 'Leisure amidst Politics', and 'Power Determination' are some of his other works. 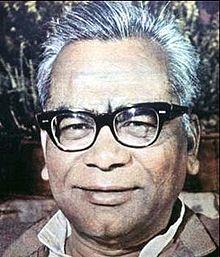 Unification of princely states - his brainchild

It was Dr. Lohia who proposed the unification of some 650 Indian princely states together to form larger states. Later Indian Home Minister Sardar Patel adopted the formula and was instrumental in integrating the states like Hyderabad which was under Nizam and Bastar which is now in the state of Chattisgarh.

He contended that one Nation and one language would be ideal as the use of English was a hindrance to original thinking creating inferiority feelings and a gap between the educated and uneducated public. He gave a call to unite to restore Hindi to its original glory.

A man of independent nature

During his public life he has not earned anything for his sake and led a simple life. He fought fearlessly with the British during freedom struggle and with the Congress rulers in free India. He worked for the cause of common man. Though he had good relationship with Jawaharlal Nehru and both worked together in the fight for Independence with British, his socialistic ideology made him to differ with Nehru and he fought the election against Nehru from Sultanpur in 1962 General elections. He designed a plan to decentralize the Government's power so that it gets distributed among the Public in Indian politics. Hind Kisan Panchayat was found by him to resolve farmers' everyday problems.

He was also instrumental in the revolt by the youth who undertook their study at BHU against the Ranas in Nepal. Lohia is considered as their political mentor who inspired them to fight against the Rana dynasty. He played a sheet anchor role in liberation of Goa from Portugal ruler ship. He raised voice against nations having special rights in the United Nations Organization. According to him, there should be coordination among all the poor countries in the world and stand together to move forward.

Ram Manohar Lohia made his followers to involve public work by bringing unity and a sense of awareness in the community. Thus he volunteered himself to build a dam on river Paniyari along with his followers and the present Lohia Sagar Dam is the splendid testimony for his kind of act with determination.Today about 60 percent of the seats in the Legislature are reserved for minorities, lower classes and women which was due to his active contribution and fighting spirit for the cause of the common people. One day is spent every year to hear the pleas and problems of the citizens from across India at the Parliament known as Janavani Divas and it has become a tradition based on Lohia's idea. The great leader breathed his last on October 12, 1967 in New Delhi.