If I am to ever write my memoirs, I'll dedicate a chapter to the windows, balconies and verandas of my life – the ones that come built-in with homes. They have always been an intrinsic part of me, with some beautiful memories attached to them.

Memories of me perched on a stool, as mom spoke over the veranda to the lady in the house below ours, while we all caught some winter sun or lowering a basket, attached to an end of one of mom's sari, when buying fresh guavas or jujube, from the vendor who'd come to the backyard of my downstairs neighbour, are fresh in my mind. Whenever I hear a tree rustle in the breeze I am reminded of the jamun tree outside my bedroom window and the rustling sound it made.

Another memory is that of baraat processions as they halted on the road that ran beside our home and of baraaatis dancing in gay abandon, to the tune of Come September. Ram Lila was celebrated in a big way, in the colony where I grew up and Bharat Milap was a big event, which we'd watch from our balcony. A grand procession was taken out each year, with actors on horse-drawn chariots, parading the streets. And there was another procession, held by members of the Sikh community, to mark the birth anniversary of Guru Gobind Singh. It was always a spectacular parade and it passed under our balcony. Memories of sword-wielding young men performing dangerous stunts and school girls dancing with the lazium are etched in my mind.

The openings on the walls of my home played out different scenes for me. And I loved the frames, as they changed.

My love for these openings into the outside world continued even post marriage. I married and we moved to Bombay into my husband's course mate's 14th-floor apartment, which was quite providential for us, for the latter had moved to the UK on deputation and had left the key to his apartment for us to live in. The unhindered view of the sea from the bedroom window was breathtakingly beautiful. I would sit there for hours gazing at the azure waters and the fishing trawlers bobbing up and down the water.

Two months down the line my husband too got an overseas appointment, however, when we returned after a two-year stint abroad, we moved straight into an A-type accommodation, in Bombay, which was such a blessing. Our 13th-floor apartment was strategically positioned giving me a 180° view of the sea, from all windows and the balcony of our apartment. I could see the fleet leaving and entering the harbour. A view of the dark silhouette of my husband's ship majestically entering the harbour would send a ripple of excitement in me. 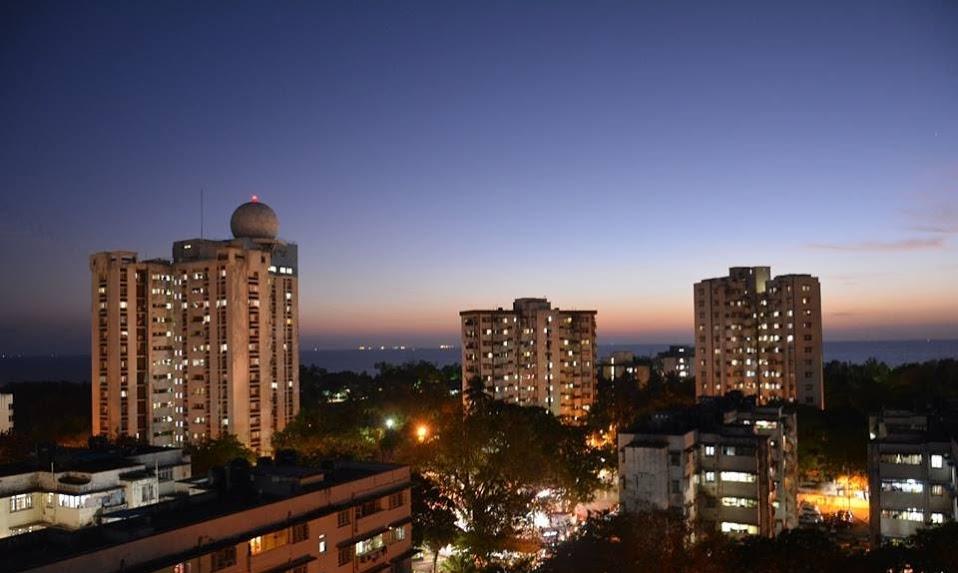 Since my husband had a transferable job, we moved cities every few years. Endless moves that took me to different cities across the country. I continued to cherish the windows, verandas and balconies in the homes that I lived. I have pleasant memories of the view of the channel from the veranda of my home in Cochin and fishermen in their catamarans setting out to sea or returning, after fishing.

Memories of me in the enclosed veranda of my home in the Wellington, watching clouds as they rose from the valleys below, are fresh in my mind. Not to forget the incessant rain forming endless puddles in my lawn, in Lonavala, and me sitting by a window, nibbling on chikki, wishing for the showers to stop. Just thinking about the time spent gazing at the beautiful world outside, makes me all warm and fuzzy inside.

The beautiful world outside

My love affair with the world beyond the confines of my home continued as we settled in Chennai, in our own little nest, away from the hustle and bustle of the city. My balcony overlooked a wide-open expanse, where migratory birds nested. The unhindered view highlighted the splendid curvature of the Earth. The shimmering lake, less than a kilometre away, would catch my eyes, after a heavy downpour. Below is the image of the lake - it falls on my walking route now. It is not brimming with water but is still beautiful. 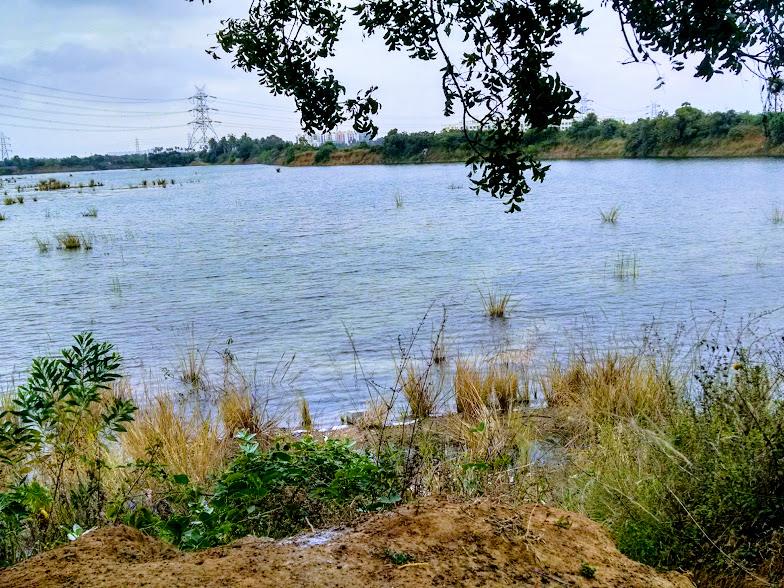 The evening skies put up a spectacular display, painted the sky in vivid hues. I would stand on the balcony and watch the sun slowly disappear beyond the horizon. The evening skies are the most delightful to watch. 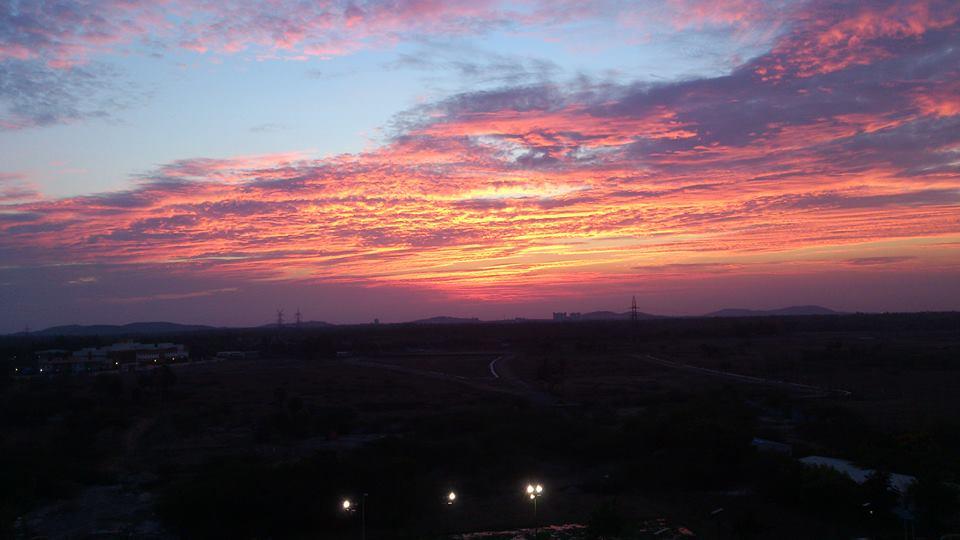 And how can I forget the monsoon, when menacing dark clouds covered the skies. The threatening, dark clouds moving in from the distant horizon, were a sight to behold. I would stand on the balcony and watch in sheer amazement the clouds tumble and roll. They were hypnotic, as though casting a spell. 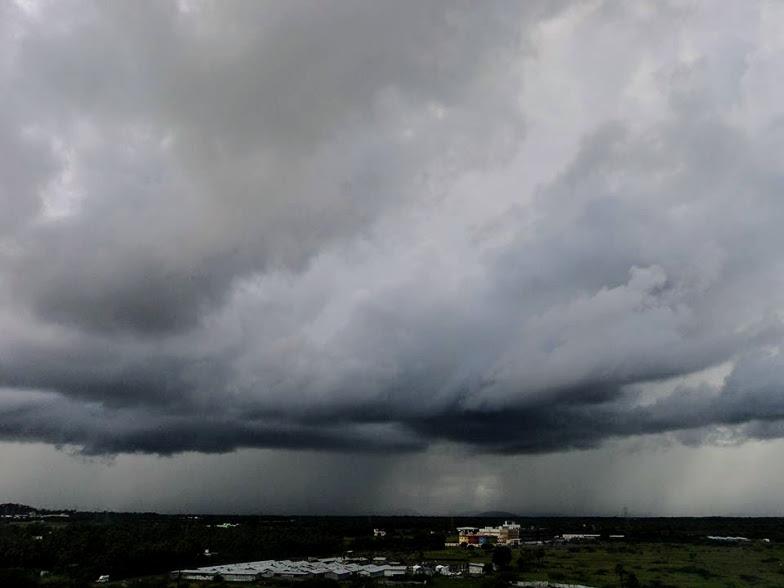 Watching lightning light up the night sky was another amazing experience. It would dance and prance as though showing off. The open vastness put me in a vantage position to watch nature, at its best. I got lucky a couple of times and could capture these images that I am sharing below. 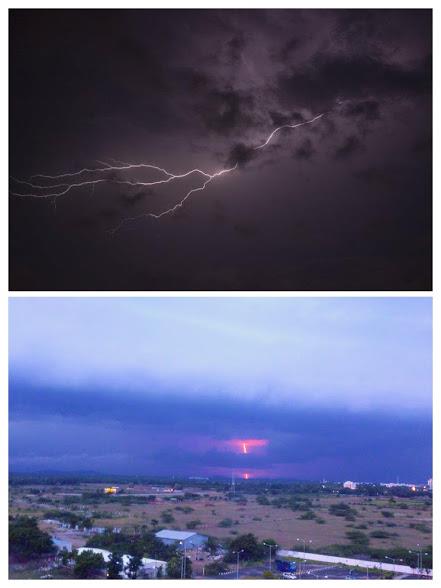 Rainbows were the most exciting to watch. They brought alive the child in me. I had never seen so many rainbows, in all my life, as I did, after moving into my home in Chennai. I didn't even have to step out into the balcony. I could see the rainbows from the sofa in my living room. They were so close, that I could reach out and touch them. I wondered if there was any truth in the myth about the pot of gold at the end of the rainbow. I could take a shovel and dig for that pot of gold. 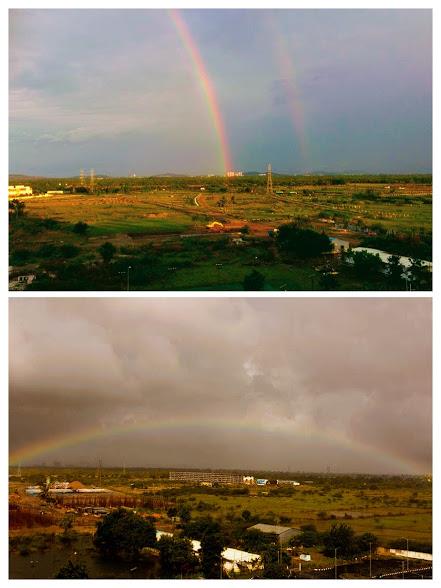 My husband and I would sometimes stand on the balcony and watch the glittering night sky or the moon traverse across it. 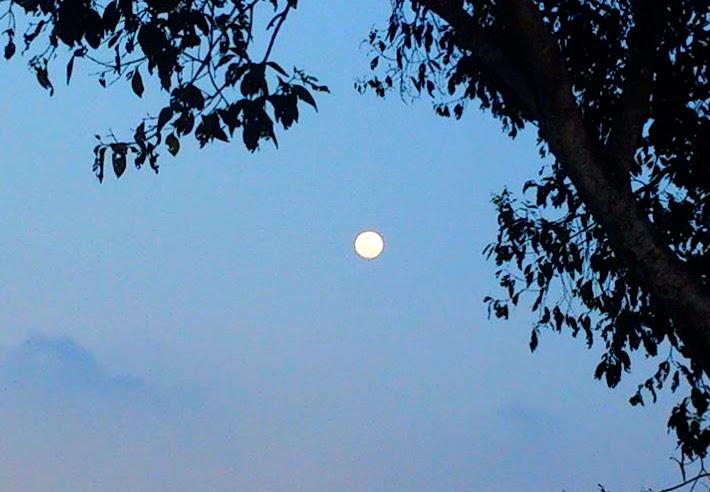 Alas, all that changed…

New apartments are sprouting where the migratory birds used to nest. I am lucky that a small patch of green remains between the under-construction complex and my balcony and I still see a few birds – storks, pelicans, coots and moorhens etc., but, for how long, is the question.

The new buildings have devoured the spectacular sunsets and the bright construction lights dim the starlit night sky. The view from my balcony is blemished.

The window in my bedroom gives me some respite I have an unhindered view of a farmland in the distance. It is soothing to see farmers till the land and the lush green crops dancing in the breeze. Cattle graze in the open fields just beyond the fence. I often sit on my bed and gaze out. The panoramic view changes depending on how bright the sun is. A cloudy sky makes it sharper – the newly erected pylons become more defined and the steeple of a Church in the distance more pronounced. But, I don't stand at the window; I soak in the soothing views from the comfort of my bed. 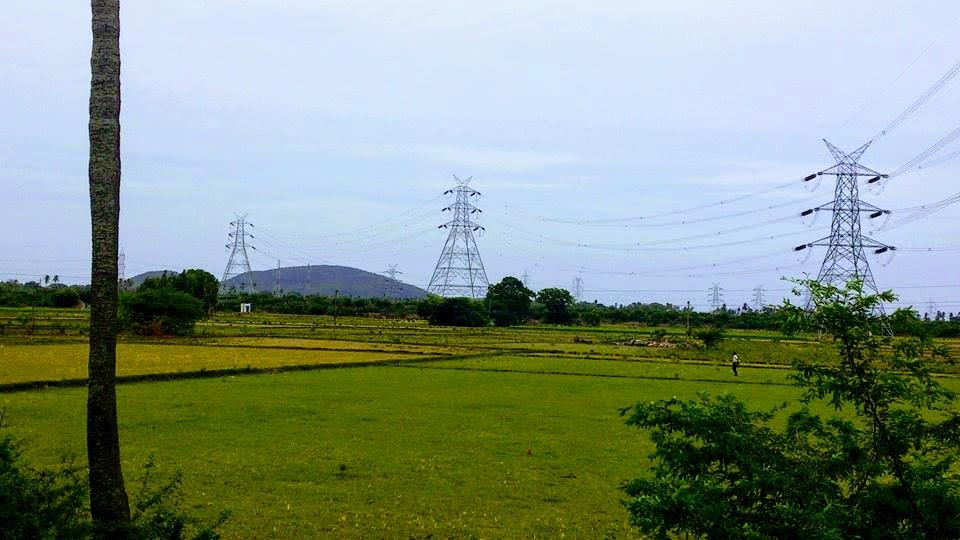 I no longer peer out of the other windows in my home. The sights are an ugly eyesore - all I see is concrete and glass panes and balconies speckled with fluttering clothes. I am forced to peep into people's lives and I choose to not do so.

However, what prompted this post is something that I witnessed, though quite inadvertently. It brought back memories of how beautiful the world through these openings used to be. But, now all that is in the past - my views are ruined.

Here is what happened, I was crossing the dining area, and going towards the kitchen, when a child's bawling, made me look out of the window. I wasn't prying, the lights were on, and the balcony door was ajar. What I saw disturbed me - a young child no older than three, taking shield behind what appeared to be a grandmother and the mother threatening the child with a burning candle. What could the three-year-old have possibly done to have evoked such a reaction from the mother? Was the mother disciplining the child or terrorising her? All I know is that she has scarred the child for life; the emotional scars will never fade away. And she blotched the view from my window.

I no longer look out of windows other than the one in my bedroom. I am repulsed with what I see in the block that stands opposite the windows. Three beautiful dogs – a pedigree Labrador, an Alsatian and a Husky, in different apartments, confined to chains. It pains me to see such handsome creatures living a life of such neglect, chained 24/7 to the railings in the balconies. My view would have been so much better had these creatures been free in their master's home. The view from my windows is blemished.

It is difficult to quieten the whirr of all those beautiful memories. I wonder if it 's time to look for a new haven - a place with windows, balconies and verandas that look out into a pleasant world.

An excellent prose composition, written in a flowing and attractive narration. An enjoyable reading. Please keep up posting such interesting, emotional, meaningful and enriching articles.

A view of the sunset or rain hitting the street below acts like an instant booster that energies us and fills us with positivity. Whereas, a view that is melancholic leaves us feeling sad.