Introduction and meaning of cross-pollination 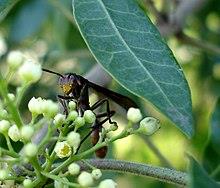 Generally, the following adaptations are also associated with cross-pollinated plants for successful pollination:

The advantages of cross-pollination are given below:

The following are the disadvantages of cross-pollination:

Nowadays, plant breeding has become a fascinating branch of agriculture and biology. The technique of plant breeding implies the pollination of female flowers of an economically important plant with pollen grains of desired plants. Such techniques are useful for developing new crop varieties with desired valuable characters. It has played important role in the green revolution. Many useful varieties have been developed in rice, wheat, maize, potato, pulses, and oil seeds through artificial pollination.