We all live in the digital age. The way we use technology has entirely changed over the recent years. Smart phones were born and still keep getting smarter every day. Well, speaking of the smart phone segment and important area is the major players. Taking the most popular operating systems, let's consider iOS and Android. Which is more smarter, which is good etc. these are few questions we across frequently. But in reality which is better? And that's a complicated question. We will see how the two differs and competes each other and I will put you in charge to decide which seems better.


There was a time when the only phones that people held were entirely different from what we have now. The feature phone or the basic phone was the concept then, but with much bigger size. From there, Steve Jobs brought something similar to the current smart phones by launching the first iPhone. And undoubtedly that was a major leap in the smart phone world. That was just a beginning and Apple itself put a lot more in front of the world, and many more developers added more value. Notably, the contribution from Google was also crucial and they made smart phones more popular. Yeah, Apple, Nokia, BlackBerry, Google and Microsoft all played their inevitable roles. But as of now, let's focus on Apple and Google. 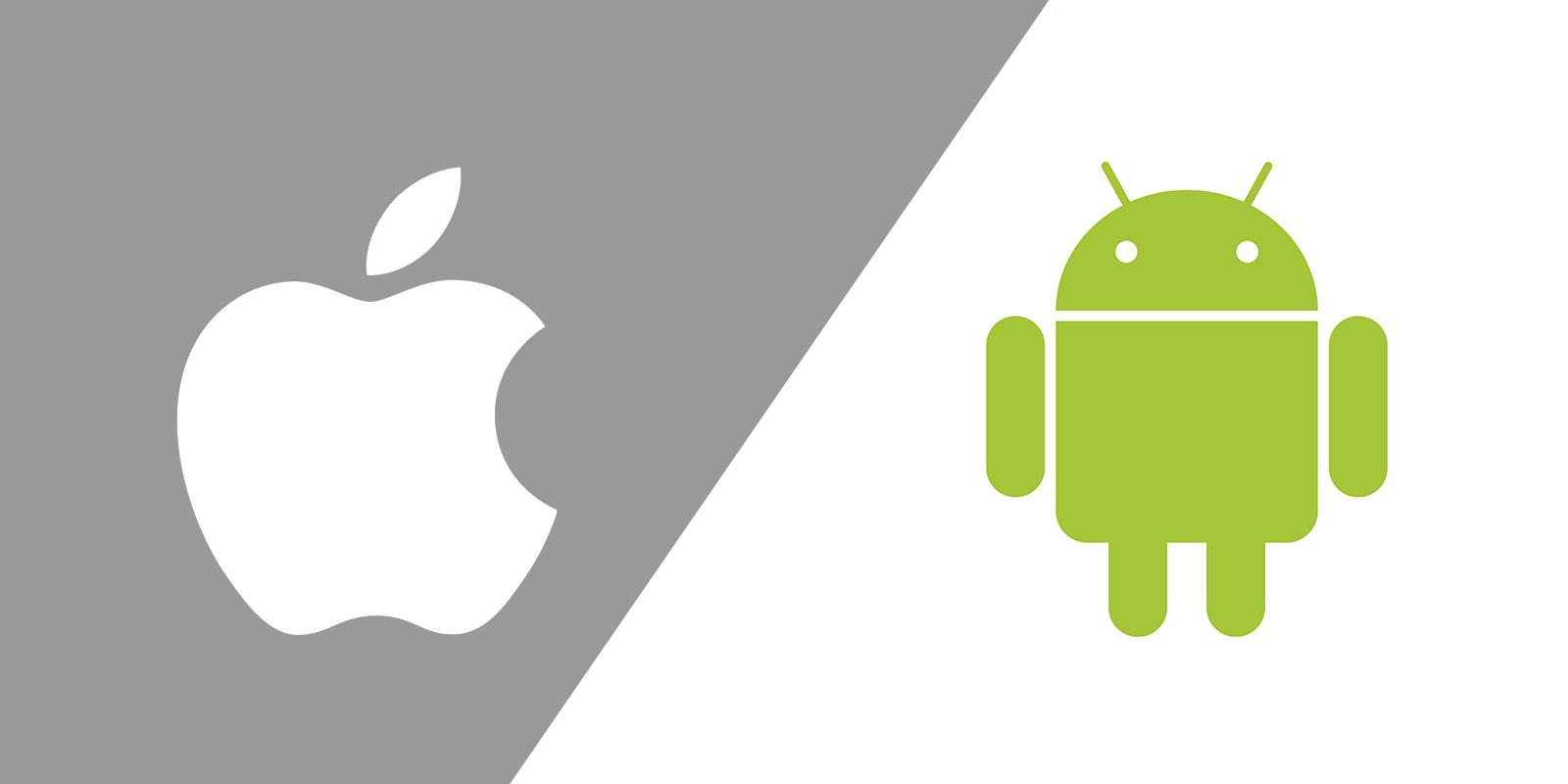 
From old days itself there was clashes between Apple and Google. One of the notable one is Apple's claim that Google copied their "Passcode" concept to develop "PIN". However the case was settled few years back. And when two competitors with major claims in the market exist, there will be issues by natural, so let's put away the fights.

Let us check some facts.

So I wonder whether the comparison between iOS and Android can be fair. Apple put the OS only in their devices and thus has a higher rating in performance. Android is put in lots of devices, a part of which causes issues in performance. But Apple does not force Google to sell their OS out to anyone and Google does it at their own will. Additionally, this availability of Android OS at various devices has resulted in its increased popularity. Therefore Apple and Google have their own strategies regarding operation and is different from one another. We as viewers, can either stand with any of them or just stay neutral. Jokes and fights apart, both Apple and Google present us amazing devices. And as a logical person having adequate knowledge about both the companies and their contributions, let us not keep upgrading or degrading any one of them. Personally speaking, I use Android on phone not Google and have tried iPhones and Pixels, even though not for long. All I can say is, there is a difference when the operating system and the hardware are manufactured under the same roof.

With due respect to all the revolutionaries in the field of smart phone technology, I wrap up..

Nice article bringing out the comparison between the two main operating systems in the smartphone market.

It is good that there is competition in the market in terms of iOS versus Android so that the customer can check the pros and cons vis-a-vis price and take a decision accordingly.

As far as the virus attack is considered, the iOS devices are very reliable and sturdy and that compensates for their higher price. On the other hand, Android devices equipped with good virus protection are also getting good acceptance in the high-end market.

However, a common buyer is still contented with the Android devices.