The sperm was discovered by Leeuwenhoek (1677) and human sperm has been further studied by many investigators including Gatenby and Arkroyd (1940). The average length of human sperm is 0.055 mm. The sperm is made up of the following parts: 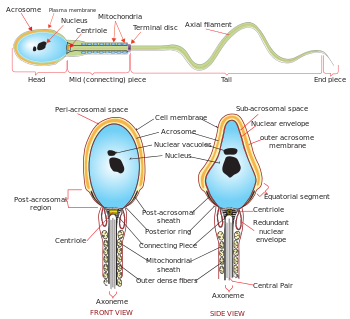 The ovum or female gamete is much larger in comparison to male gamete or sperm. It is non-motile and contains reserve food in the form of yolk, glycogen and protein. The ovum has a cell-like structure. The ovum is composed of the following parts: 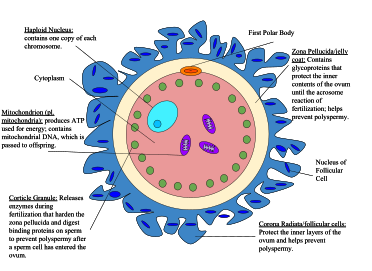