Life on Earth started 3.8 billion years ago. Different forms of life emerged in different epochs. Dinosaurs remained a dominant life form in this enormous timeline for almost two hundred million years. This time period was called Mesozoic and it was divided into three parts: Triassic, Jurassic and Cretaceous periods. All non-avian dinosaurs disappeared because of a huge asteroid impact 66 million years ago in present-day Yucatan Peninsula. There must have been a chain of other events too that meant destruction to non-avian dinosaurs. But a group of dinosaurs managed to evolve into organisms that make up modern birds. But two hundred million years is so little in this massive 3.8 billion years of timescale. Complex organisms existed before dinosaurs and were a dominant species in their timeline. Following are the eras in which life was classified:

Before we start, why should one learn about dinosaurs? It is not like we are going to excavate a fossil suddenly, right? Ever wondered why the number of fossil excavations and findings sky-rocketed since the 1860's? The need for coal and oil pushed humans to dig more. As we dug deeper we found fossilized remains coincidentally. Kids playing in their garden have found fossils. Construction workers have found fossils. In the modern era, anyone could be a possible excavator of a fossil. So we need to be sure of our findings. Moreover learning these differences between dinosaurs and other prehistoric creatures can help you understand evolution better.

To understand the scenario better, lets list out the animals that look like dinosaurs and can confuse many. 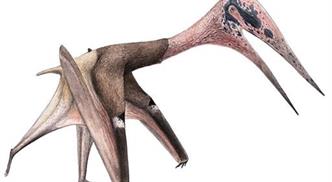 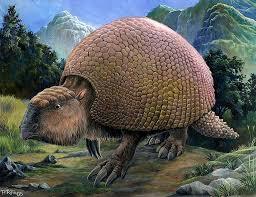 So why are the animals above not dinosaurs when they reciprocate our idea of dinosaurs so well?


As one can see, there lived a very diverse amount of animals in prehistoric eras. The earliest species of dinosaurs was Eoraptors, who lived 230 million years ago. The age of dinosaurs followed from since to 66 million years ago. Dinosaurs could only take over the world because of a catastrophic event called Permian extinction. Permian extinction was so massive that it killed off 90% of the denizens of Earth at its time. It is believed that a chain of volcanic eruptions caused this extinction. Dimetrodon and other prehistoric animals along with it were wiped out too. This allowed the dinosaurs to take over the ravaged planet and occupy the niches. Now that explains why dinosaurs had so many species.

Life on Earth is approximately 4 billion years old. Species had an ample time to develop. Before dinosaurs there lived, crocodile-like salamanders, sabre-toothed Gorgonopsids, a meat-eating Dimetrodon, eagle-sized Dragonflies and etc. Life before dinosaurs is just as interesting as the life of dinosaurs.

How to tell if a fossil belongs to a dinosaur?

Using the above-mentioned traits that only dinosaurs possessed, you can differentiate dinosaurs from other prehistoric animals easily. But fossils that are available only in fragments make it difficult even for experts to be sure of their findings. This was a brief article explaining the differences between dinosaurs and other prehistoric reptiles and stem mammals. Earth had a rich biodiversity in all eras.