The Government of India announced an ambitious health insurance scheme named Ayushman Bharat or Pradhan Mantri Jan Aarogya Yojana (PM-JAY in short) during the February budget this year and officially rolled it out in September 2018. This scheme is the new one which replaces the earlier Ayushman Bharat-National Health Protection Mission (AB-NHPM) and Pradhan Mantri Rashtriya Swasthya Suraksha Mission (PMRSSM). 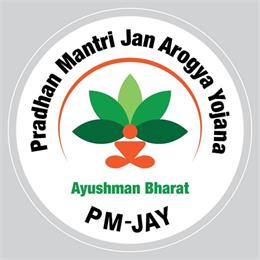 The government-funded scheme aims to benefit poor families in the country who will, under the PM-JAY scheme, get access to quality health facilities and services anywhere in India and not necessarily only in one's own State. Citizens who fall within the scope of certain occupational categories of urban workers' families will also benefit. The government also stated that this scheme is going to be cashless and paperless and is an entitlement one, with no formal enrollment process required and no premiums required to be paid.

Personal ID will also not be required to get treatment at a hospital. Thus, treatment cannot be denied for the non-possession of an Aadhar Card or for not producing it during the claim settlement process.

The healthcare scheme will cover medical and hospitalization expenses for almost all secondary care procedures and most of the tertiary care procedures at both, public hospitals and empanelled private hospitals, these being in the official a network of Empaneled Health Care Providers (EHCP) and fulfilling the eligibility criteria to be part of the network. There will be Health and Wellness Centers (HWCs) at the primary level and provisions to provide financial aid to access curative care at the secondary and tertiary levels.

There will be medical packages to cover the expenses incurred for consultations, surgery, day care treatment, medicines, diagnostics, transport, etc. for the patient. Expenses prior to and after hospitalization will also be covered. The beneficiary will not have to pay any expenses at all, with the Central Govt. and the State Govt. sharing the expenses that are incurred on a 60:40 ratio basis. The health insurance cover is reportedly going to be up to Rs. 5,00,000 per family per year.

No hospital can deny treatment to the beneficiary of PM-JAY and all pre-existing diseases are covered. A hospital cannot bill and take additional money from beneficiaries for the treatment. There is also no cap whatsoever on the family size and age.

The following is the list of the Specialties for which medical financial aid is provided under the Ayushman Bharat Scheme:


Note: The information on the specific procedures covered under each package and rates will be covered in a separate article.

Who are the beneficiaries of Ayushman Bharat

All those who are poor rural families and those who have been identified as being in the purview of the occupational categories of urban workers' families as per the latest Socio-Economic Caste Census (SECC) can avail of the Ayushman Bharat's benefits. Additionally, those families who are enrolled under the Rashtriya Swasthaya Bima Yojana (RSBY) that do not feature in the targeted groups as per SECC data will be included as well.

Those who are eligible are mentioned below -

Any household which belongs to one of the following rural area deprivation categories will be covered under PMJAY:


Additionally, automatically included as beneficiaries are:

The following occupational categories of workers of urban households can be beneficiaries of PM-JAY:


As per the SECC 2011, the following beneficiaries will not be included:


The Govt. has further stated that in the case of those who have to be automatically excluded in 2011 but are in the list of eligible beneficiaries, the onus is with the State to authorize the District Collectors/District Magistrates or Deputy Commissioners to exclude such beneficiaries from the eligible list.

How to check eligibility

Know if you are eligible at: PM - Jan Arogya Yojana eligibility check page. You need to enter a valid mobile number. On getting a six-digit One-Time Password (OTP) you can then use the search criteria.

You can use the search features to know if you are an eligible beneficiary for PM-JAY using any of these:


On the successful completion of the search, you have the option to receive a text message with the Household Id number (known as HHID number)/RSBY URN for future purposes on your mobile phone by clicking the "Get SMS" button and entering your mobile number. [Note: This mobile number can be different from the mobile number used in the first step for getting the OTP.]


How to file and settle claimsThere will be a dedicated official person known as "Ayushmaan Mitra" at a Help Desk to guide the patient to coordinate the entire process, coordinating between the beneficiary and the hospital. It is proposed to have some kind of QR code for a beneficiary. This code will be scanned and then eligibility checked via the Beneficiary Identification System (BIS) for which guidelines are provided by the Government.

Being a paperless scheme, all claims will be settled via online mode. The claim will be raised to the insurance agency or the Trust, as the case may be, who will then scrutinize and review the documents. Within 15 days of the claim being filed, the payment will be made electronically.

It should be noted that for each medical package, it is mandatory to submit/upload details of specific Pre and Post-op Investigations for pre-authorization/claims' settlement purposes. The costs for such investigations will, though, form part of the approved package cost.

At the State level, there is a helpline number for each State, namely 104, which will be accessible to all citizens. Citizens can also call for information, assistance, complaints and grievances to a 24X7 helpline number: 14555.

Looking for the online policy form no. 842 of LIC Pradhan Mantri Vaya Vandana Yojana for senior citizens? This article provides the link to the policy document. You will also get complete information about the PMVVY scheme, including the minimum age entry, pension given, benefits, interest, etc.

Eager to get a LPG connection? Looking for details of social welfare scheme PM Ujjwala Yojana for LPG distribution to BPL households in India including its eligibility criteria, application procedures, application form etc? This article suffices your entire requirements.