On the basis of experiment, Mendel found that although the genes for tallness and dwarfness remain together in F1 generation they would be segregated in F2 and subsequent generations without mixing. Thus, he concluded that the genes of one trait do not affect the genes of another trait. Mendel also found that the gametes of F1 offsprings will always be pure. Mendel called it as the purity of gametes. 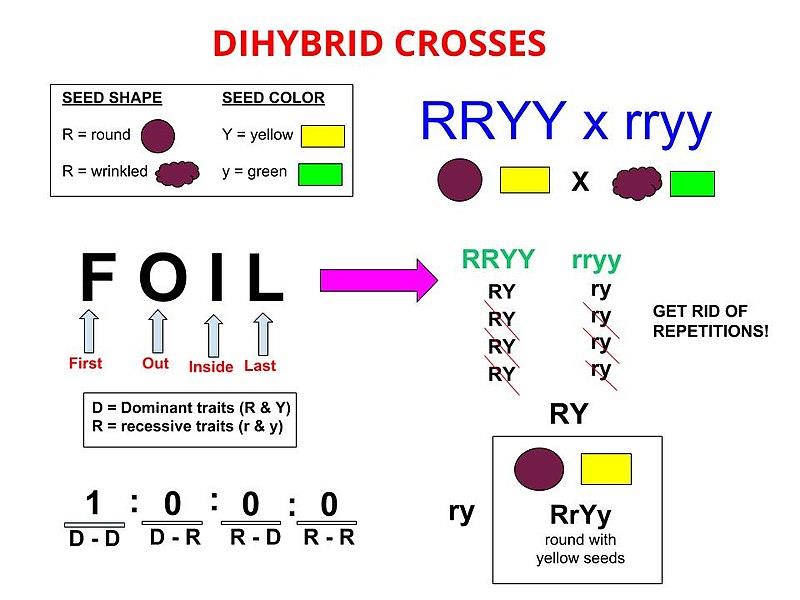 When these plants are cross-pollinated in F1 generation, they produced hybrid plant (RrYy) with round and yellow seeds, because of the presence of dominant genes "R" and "Y". When these plants (F1) were allowed to self-pollination, following four types of progenies were formed in F2 generation in the ratio of 9:3:3:1.

Laws of inheritance or Mendelism

The significance of Mendelism are as follows: