Harry Potter and the Philosopher's stone is the first book in the Harry Potter series written by J.K Rowling. It was published by Bloomsbury in the United Kingdom in 1997 and the same was published in the name of Harry Potter and the Sorcerer's stone by Scholastic Corporation in the US in 1998. The book won many awards in both countries. It reached the best-selling fictional novel in 1999 and continued to be in the list on the year 2000 too. The book was translated into 73 other languages and a feature-length movie was also taken in the same name. The following Harry Potter series also reached similar heights in the field of book publications. 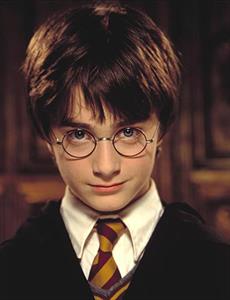 Joanne Rowling is well-known as J.K Rowling. She has one another pen name called Robert Galbraith. She is a British Novelist, born on 31st July 1956. J. K Rowling has a great transformation in her life from rags to riches with her debut book Harry Potter and the Philosopher's Stone. Soon with her other writing works, she became the first billionaire author in the world, but gave away her billionaire status and became a philanthropist by granting much of her earning to charity. J. K Rowling is not only a novelist, but she is also a Film producer, Television Producer and screenwriter. Other famous books of Joanne's include The Cuckoo's Calling, The Silkworm, Career of Evil, and Lethal White.

The story revolves around a boy called Harry Potter, whose life begins with the murder of his parents and his strange escape from an attempt to murder him. He started to grow up in his aunt's family, who were so mean to him and so, he was never allowed to question anything about his parents too. At the age of eleven, he got to know about himself as a wizard and got admitted in a wizard school. The story took its fantasy and serious part from there. Harry Potter and his friends got clues about something precious, hidden inside the school campus, which was protected with several firewalls, still had the chance of falling into the hands of negative people. So, Harry Potter and friends risk their lives to safeguard it. What is the precious thing? Who tries to snatch it from a safe place? How does Harry Potter save it from the hands of the wrong people? These are the main part of the story.

Harry Potter: The hero of the story, who was considered as powerful and became famous at the age of one itself, but he got to know about himself as a wizard at the age of eleven only. He was the son of a famous wizard couple James Potter and Lilly Potter, who was murdered by Voldemort.

Voldemort The Villain of the story. A powerful wizard wished to be the only leader of the wizard community and expertise in dark magic. He killed those who stood against him. This threatened the whole wizard world, they even scared to tell his name. So, he was often known as " You Know Who". He killed Harry's parents too. He lost much of his powers when he attempted to kill Harry, who was only one year old then. The only person, not afraid of Voldemort was Albus Dumbledore.

Albus Dumbledore: The Principal of Hogwarts Wizard School. A powerful person in the story, who guided and saved Harry whenever he was in a dilemma or in danger.

Harry's friends: Harry's best friends at Hogwarts school are Ron Weasley and Hermione Granger, who stood by his side in all his ups and downs. They were brilliant enough in solving mysteries.

Hagrid: There is a separate chapter for Rubeus Hagrid in this book. He was a key keeper at Hogwarts, but his character played an important role in carrying forward the story. Whenever Harry and friends stuck up in solving the mystery, Hagrid gave the hint to go ahead, even without his knowledge.

Dursley family: The story began and ended with the names of Dursleys, Though they were not related to Hogwarts, they were closely related to Harry Potter and his early life.

I recommend this book for kids and adults, who are interested in a fantasy story, it could satisfy their desire for sure. This book was later taken as a moving picture, which did not go for any alteration to adapt the screenplay, because, it has more detail in its text itself. So, anyone who read the book can visualize the entire picture with no doubt. A book that can attract any kind of reader and make them continue to read until the end.