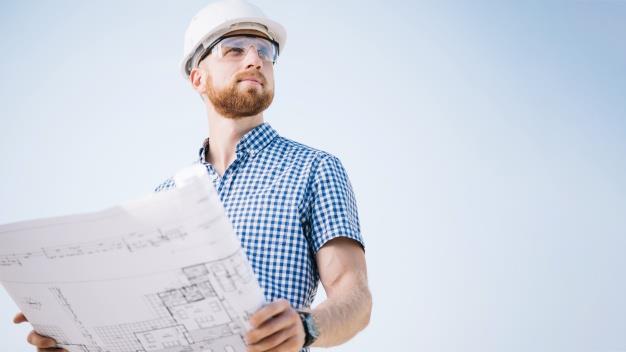 Engineering is one of the most popular career choices made by students across the globe and generates professionals of impeccable talents and skills in different fields every year. Owing to the fact that there are many Engineering Branches that can be opted for by the students, the course has become one of the topmost choices and that too rightly. If you are currently pursuing the Engineering Entrance Exams or have qualified it and are concerned about the highest paying Engineering branches that you should opt for, then, the following post will offer the best information. So, scroll down and read carefully before you fill the final choices for the Engineering Branches.

Highest paying Engineering branches – What and Why??

There are more than 120 branches of Engineering in the world which clarifies the huge number of job avenues after the course. The number of branches varies from nation to nation and, of course, from college to college. Though all the branches provide the Engineering Degrees, all of them are not equally paying and the highest paying Engineering branches are much lesser in number as compared to the total number. This is because of the following facts:


The Highest paying Engineering branches in India as well as abroad are:


With the world moving at an unstoppable pace towards technological developments and millions of people getting registered with the various internet based applications and devices, the future for the Computer Science and Engineering is extremely bright. In fact, the absorption is not limited to the core technical engineers only. The Computer Engineers are venturing and have ventured into a wide plethora of job sectors and created wonders with their impeccable understanding of the technical world and computers.

Almost all the IT Moguls such as:

Also Read : Why engineering is a great career option after 12th

A multitude of modern and big level infrastructural development projects are being undertaken at both the private and Government levels in the light of modern technological advancements and betterment of the average living standards across the world. The rate of absorption of Civil Engineers has increased in the modern times as compared to the previous two decades. In fact, the Civil Engineers have grabbed some of the amazing job opportunities abroad owing to the major modernisation wave across the globe. This has led to the rise of this branch as the Highest paying Engineering branches.

The average salaries vary from 3 to 5 LPA for the fresher graduates and from 40 to 60 LPA for the candidates with more than 10 years of experience.

Mechanical Engineering has always been one of the highest paying Engineering Branches owing to the availability of job prospects across the globe and lots of core companies running successfully in the market. If you are doing Mechanical Engineering, be sure to make some really worthy projects and keep the global market for jobs in mind. Prepare yourself for a global career and gradually climb towards a successful career.

Top Recruiters for the Mechanical Engineering:

Salaries vary from 4 LPA to 5 LPA for the fresher candidates and 40 LPA to 50 LPA for candidates with good experience.

Some other top engineering branches that are considered as the highest paying Engineering Branches are:

Why is engineering the most popular career option in India?

The article analyses the reasons of engineering being the most popular career option in India. The reasons revolve around the increasing number of private engineering colleges in India, the envious pay packages received by some of the engineering graduates, the wide array of career opportunities and options after engineering, and finally the stereotypical psyche of Indian parents regarding engineering as a career option.

What after an engineering degree? MBA, MS, MTech or Job?

What after engineering? Wondering? Here are the solutions for proper carrier guidance. What is better MBA, MS or MTech? In which I can do better? Which will give a better pay? All of your answers are below here. Read this article and choose what you want to go for.

What do engineering students do in vacation!

This article is about what most of the engineering students do during their long and tiring semester breaks. This is a account of what I have seen people doing in my area and friend circle which is all over India. I would like to share this with you all.

An exhaustive article for the engineering aspirants to select their branch or stream in their course to pursue a successful career.

There are good opportunities in some of the branches but due to the job competition in the market, only the top students in a batch are able to get these coveted positions. The mediocre or other boundary scorers have to struggle a lot for making a career. Eventually, these engineering graduates have to turn to other traditional ways of finding the job in different sectors like teaching, small business units, technical institutes, nonengineering organizations etc where they do not get the appropriate remuneration also.

In recent time, competition has been fierce in all the sectors in the job market and so is the case with the Engineering profession. Hence the students must strive for a seat in IITs or at least NITs. But securing a seat in such an Institution calls for an in-depth concept in Physics, Chemistry and Mathematics. Moreover, the students must have the inclination for this profession as well so as to achieve success later on. Hence a systematic effort has to be made in this direction. The recruiters are always on the lookout for the most talented youngsters having sufficient physical stamina apart from high intelligent quotient.

Just to pass Engineering from any college does not enhance the employability of a candidate and hence a concerted effort is to be made in relation to the selection of a coveted Engineering college for better prospects.

The author has dealt with this topic nicely for the comprehension for the aspirants.