After several successful trails, Vande Bharat Express or Train 18 has finally started its journey from Delhi to Varanasi. It is a semi-bullet train. This project was undertaken by Make in India. According to the sources, about 80% of the material used is made in India. The entire train is powered by the power of 20,000V. Below is some important information about Vande Bharat Express. 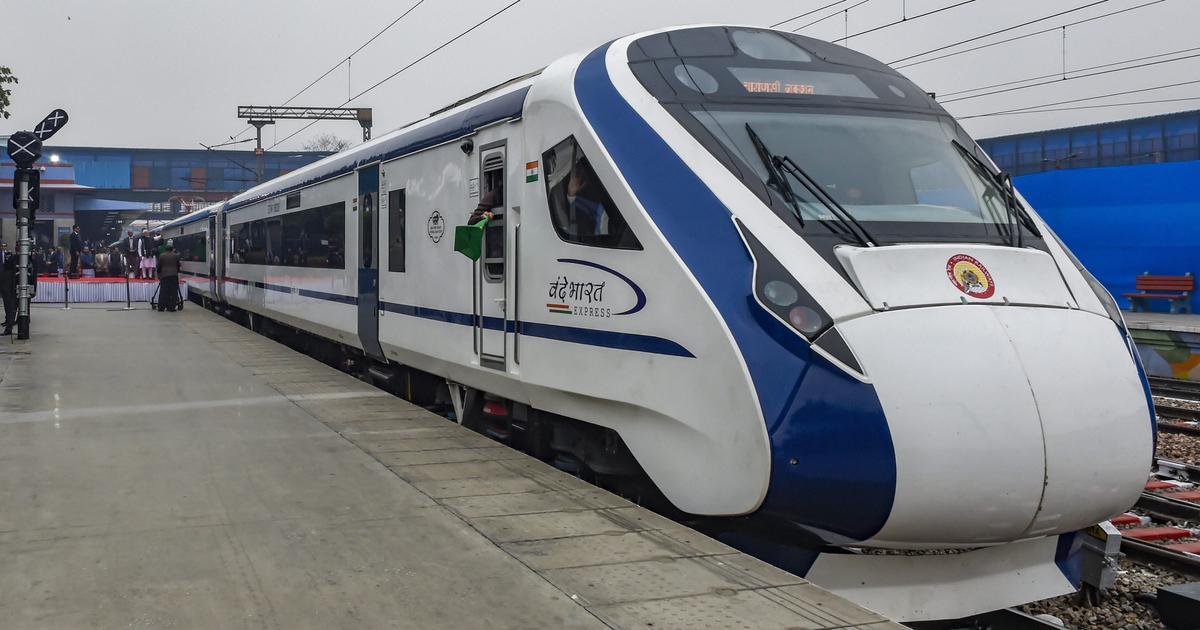 Speed - Train 18 has been successfully tested to drive at the speed of 160km/hr. However, this train has the capability to move even faster than this. But keeping the safety regulations in mind, only 160kmph is approved by the authorities.

Train 18 Coaches - There are 18 coaches in this train. Out of which, 16 are normal coaches and 2 are executives. The configuration of normal coaches is 3-2, whereas executives have a 2-2 configuration. All the passengers are having the provision of charging their electronic devices. In executive class, the plug points are given at the side whereas it is below the seat in case of other coaches. Executive class seats can be rotated 360 degrees for their comfort. This allows passengers to choose their viewing angles according to their wish.

Metallurgy - All the coaches are made up of stainless steel. This train is manufactured keeping the fire aspect in mind. Thus, the inner material is fireproof. Also, the window shield is rugged enough to sustain unexpected damage. In case of emergency, every window shield can be broken with the hammer kept aside.

Other facilities
1. The toilets of this train are facilitated with the bio-vacuum feature. If someone is using a particular toilet, the red signal is displayed at the entrance door of the coach, which is visible to all the seating passengers. This helps in preventing the hustle near the toilet doors.
2. The doors of this train are automated. As soon as it detects someone approaching the door, it automatically opens up. In case it doesn't open, you can press the green button to manually open the door.
3. Each coach is equipped with Television screens which will show you information about the train.
4. In case of an emergency, any passenger can talk to the train executive through the telephony facility near the entrance door. You need to press the button to talk to the executive officer.
5. All the coaches are monitored through the CCTV cameras. This feed is directly given to the engine driver. Thus, everything can be monitored from the train engine.
6. If someone wants to read when the light is made off at night, they can switch on the tough study light above their seat.
7. Both sides of the train have the driver compartment.
8. The seats are made very comfortable. They can be extended by push button to adjust the seating angle.
9. The luggage space is quite large and enough for all the passengers.

If there is any fire, then the train will automatically stop to avoid the casualty.

I think it is a great achievement that we have fabricated a train of such magnificence. This is only a beginning for a clean and cosy train journey and with the time the old trains will be replaced slowly by these new generation trains.

Now the general public should cooperate in keeping these trains neat and clean and consider them as the pride of our nation. We can showcase them to foreign tourists and earn revenue also.