Each cell of the plants and animals contain the specific number of chromosome. Most of the species of living beings are sporophytic and contain diploid (2n) number of chromosomes and having two sets of chromosomes. Thereproductive cells of these living beings are haploid (n) and therefore having only one set of chromosome. The haploid number of chromosome of an organism is called its genome. In cytogenetics, genome means a single set of the chromosome, refers ordinarily to nuclear chromosomes and is denoted by (n). Therefore diploid organisms, genome represents the total genetic information present in them. The study of the structural and functional organization of the complete genome is referred to as genomic analysis. This is commonly termed as genomics. Initially, genomics consists of the development of the genome map. A genomic map may be defined as a detailed schematic description of the structural and functional organization of the complete genome of an organism. 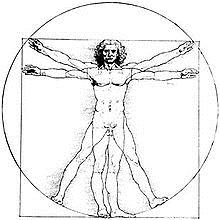 Human Genome Project is an international research program or undertaking by many countries administered jointly by the National Institute of Health and Department of Energy (NIHDE) U.S.A. to acquire complete knowledge of the organization, structure, and function of the human genome. It is called International Human Genome Sequencing Consortium which is aimed at finding out all genes of all the human chromosomes, determining their function and hopefully understanding how they together form a complete organization. HGP was started in the mid of 1980s. The National Institute of Health, Bethesda, Maryland has established the first office of the HGP in the year 1988. James Watson was the first director of this project. The Human Genome Project official began on October 1, 1990.

The human genome is big. It consists of approximately 3 X 109 bp of DNA. So far the longest region of the continuous completed sequence is no more than about 10 6 bp. Sequencing a big genome does not just happen. It has to be carefully planned. The human genome project has preceded in three stages, first the construction of detail maps of what I will call "landmarks". Next, the complete cloning of the genome in well-characterized clones which include all the landmarks and finally the sequencing and annotation. Of all these the mapping has taken the longest time, the sequencing will take surprisingly little time but the annotation of the sequence is still to happen and is likely to take much longer than anything else.

Goals of the Human Genome Project

The Human genome project is an international research programme which is designed:

Some of the important observations of the human genome project are as follows:

The application and future challenges are given below:

A trip to the ‘Fort Aguada’ in Goa

The ‘Aguada Fort’ is a part of the legacy of Goa. The mind begins conjuring up images of plentiful of sea shores with copious of colours flashing one after the other at the very mention of the name of ‘Goa’. Merely acquiring the knowledge of the combination of sun, sand and sea about Goa is not enough. The historical legacy of Goa also encompasses unto itself much more than what apparently Goa is known for. Let’s know the background story of ‘Aguada Fort’ through this article.

Goa: The most preferred tourist destination

This article gives complete and up-to-date information why Goa is the most preferred tourist destination in India. It attracts tourists round the globe throughout the year with its charismatic tourist attracting features. The sea beaches, the historical temples and churches have the magical charisma to win the heart of the tourists. Here, an effort is taken to mention a brief description about the same with some in-detail information.

Hello, have you ever been to GOA? No.....! Then you must read this article before planning for a vacation there. Ater reading this article you will be bound to move on.

This article gives details about the various eating joints in Goa.Right from Thalassa, the beach to other good hotels like Hibiscus and Shiro, this article brings up the taste in your mouth with watering and craving for the food given by them.