India's aviation industry is one of the fastest-growing aviation markets in the entire world, with 127 airports and 1091 aircrafts registered in India – a number that's bound to increase over time. Affordable flight rates, the increasing requirement for domestic air travel, and a sustained high level of tourism have made the aviation job market a hotspot for aspirants to break into. This is further compounded by institutes like ILAM that provide a BBA in Aviation Management through their School of Logistics & Aviation to help individuals attain the means to break into this ever-growing sector and become an eminent player over time. 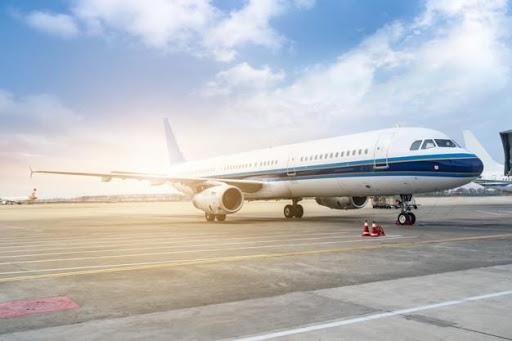 What are the events that have led to the aviation industry becoming a major figurehead in India?

Well, we have to go back to December 1912, when the first domestic air route between Karachi and Delhi was formed. This route was established through a collaboration between Indian Air Services and Imperial Airways – a UK-based airline. Three years later, Tata Sons Ltd. – the first Indian airline – started a regular airmail service between Karachi and Madras.

The developing of aviation was relatively dormant from then until the emergence of Indian independence. 1948 was a landmark year for the Indian aviation industry, with the Indian Government and Air India setting up a joint sector company called Air India International to bolster this sector.

The advent of nationalism in 1953 brought the civil aviation sector under the control of the Indian government. It was a massive change that led to the domination of the aviation industry by government-owned airlines until the mid-1990s.

One major trend that has been observed in both the West and East is the correlation between 'low-cost' air connectivity and rapid economic development. This indirectly highlighted the need for low-cost airlines. The one airline that was present in 2004 has increased to five low-cost airliners operating in various destinations across India.

The year 2007 was of consolidation. Jet Airways took over Air Sahara, Kingfisher acquired Air Deccan, and Air India and Indian Airlines announced their merger as well. All of these events have contributed to the present structure of the aviation industry – an industry that's growing incredibly fast with private airlines accounting for more than 75% of the domestic aviation market.

In 2016, the UDAAN scheme was launched to further augment the growth of India's booming aviation industry. This initiative aims to strengthen domestic travel and make it more accessible to the masses, covering a distance of more than 800km. It's expected that 43 cities will benefit under the scheme, with an additional 31 destinations to be made operational as well.

The evolution of the aviation industry has brought forth one significant fact that needs to be taken into account – the job market in this sector is a highly promising one that you can get into. The fact that Indira Gandhi International (IGI) Airport became the first airport in South Asia to handle a whopping six crore passengers in 2017 should be more than indicative of this fact. With institutes like ILAM providing a lucrative degree in the form of a BBA in Aviation Management, the aviation industry is bound to be perforated with a bevy of industry-ready professionals who are fit to tackle the challenges of tomorrow.

Article by Tony John
Tony John is a professional blogger from India, who started his first Weblog in 1998 at Tripod.com. Tony switched to blogging as a passion blended business in the year 2000 and currently operates several popular web properties including IndiaStudyChannel.com, Techulator.com, dotnetspider.com and many more.

Scope of Aircraft Maintenance Engineers in India and Abroad

This article provides detailed information about the various Aeronautical Engineering courses offered by the Regional Institute of Aviation Trivandrum and also provides details about the admission process.

No one can forget Wright Brothers from the US who first invented the first Aeroplane in 1903. The first practical winged aircraft was made two years later. Unfortunately it was not the Wright Brothers who would be known for developing and fly the first experimental Aeroplane, yet they are the first to make aircraft controls, making possible the fixed wing flight

Aviation Industry is growing with a great pace in India. We have seen a drastic increase in the volume of the air travellers. Domestic travellers have also taken a huge leap.

Air industry is there to stay for long as it has become one of the fastest and affordable ways of travel between places especially after the introduction of the dynamic fares. There are very good opportunities in this sector right from aircrew to ground staff. The qualified persons trained in aviation courses stand a good chance for a career in this segment.

One thing to be cautious about is that due to so many players in this field, the competition has become fierce and airlines are announcing more and more rebate and concessional schemes to woo the customers to increase its occupancy index. At the same time, the expenditures are increasing and revenues are almost stagnant and the airlines will have to rejig their staff and officers to orient to this threat. The latest case of Jet Airways is an example in this line which is showing how a big company could not match its balance of revenue and expenses properly and could not repay its huge bank loans.

Still, a career in this sector is quite bright and lucrative.