A brief introduction to what it's all about

I suppose that before moving on to the actual review of the show it is necessary to give a bit of an introduction about what 'Impractical Jokers' is all about. 'Impractical Jokers' is an American comedy show that airs on the TV channel TruTV. In India, it airs on the TV channel Comedy Central. The show consists of four main characters, James Murray (also called Murr), Salvatore Vulcano (also called 'Sal'), Joe Gatto, and Brian Quinn (also called 'Q'). The show consists of these four forcing each other to do embarrassing or offensive acts in public. The show's humor relies on the bewildered reactions of the innocent onlookers and the humiliation of the four performers.

The show first aired on 15th of December, 2011. It was directed by Peter Fowkes and PJ Morrison. It consists of a total of 185 regular episodes and 30 special episodes spread over 8 seasons. The latest of these seasons, that is, the eighth one aired recently in 2019.

By now, Impractical Jokers is quite popular, despite its humble beginnings. The show's pilot episode (that is, the first episode which was shown to the producers for their approval) was shot on the iPhones of the four actors and it was set to be titled 'Mission Uncomfortable'. Now, of course, they use hidden cameras for this purpose.

By the way, it is quite interesting to know that the four 'jokers', Sal, Joe, Murr, and Q knew each other right from their high school days. In 1999, they got together to form the massively popular improv comedy troupe 'Tenderloins'. That the 'Tenderloins' would one day mature into such a popular TV show was probably never imagined by any of them.

The show can be classed into a 'hidden camera' comedy show. However, it is much more accurate to use the more specific term 'cringe comedy'. Cringe comedy refers to a special form of comedy where humor is derived from socially awkward situations. The setting is usually a serious one and the contrast between the seriousness of the setting and the antics of the performers lead to the humor.

Impractical Jokers is one of the few TV shows these days which (if you do not get offended too easily) will leave you with peals of laughter. The show as I have already mentioned consists of Joe, Murr, Sal, and Q performing embarrassing tasks in public. They generally (though not always) have earpieces on them through which they are able to hear the instructions given by the other jokers. If they fail to perform a task properly, they get a 'thumbs down'. At the end of the episode, the one with the most thumbs-down is declared as the 'loser' and he is 'punished'. For the punishment, the loser has to perform a task that is even more embarrassing, demeaning and disgusting than the previous tasks.

Most of the episodes are shot in various locations in New York City. These include malls, restaurants, eateries, etc. Generally, the instructions are set according to the location. For example, if the episode is shot at a flower shop, then the instruction might be for the jokers to shove a big bunch of flowers into the face of customers. The most repeated setting is probably the 'focus group' where the jokers have to give ridiculous presentations in front of unsuspecting people.

At the beginning of the section, I had mentioned the phrase 'if you do not get offended too easily'. There was a proper reason for inserting that phrase. In most cases, the jokers are likely to perform tasks which, in our country would be classified as 'adult content'. When watching this show on Comedy Central TV channel, so many words were muted that the show became practically unwatchable. The jokes also often consist of references to races. For example, in one of the episodes which were shot on the beach, Joe was instructed to say to a burly African-American who had just finished swimming: "Beware of the sharks, they are targeting blacks recently." In the end, Joe couldn't muster the courage to say it. And in another episode, Q (as part of a punishment) had to give a presentation. In one of the slides, there was an (edited) photo of him trampling on a Chinese child (with the American 'Old Glory' in the background) while there were a couple of Asian people in the audience.

The early episodes were probably an adventure ride for the four jokers. Back then, although their comedy troupe and everything was reasonably popular, they weren't exactly recognizable celebrities. The tasks were completely unscripted. If something went out of hand and if they had to say something offensive to, say, a burly mustached guy, they faced the actual risk of being beaten up. Later on, as the show became more and more popular and the producers became wealthier, the episodes became partly scripted. But even then, the trademark humor of the show was unharmed. 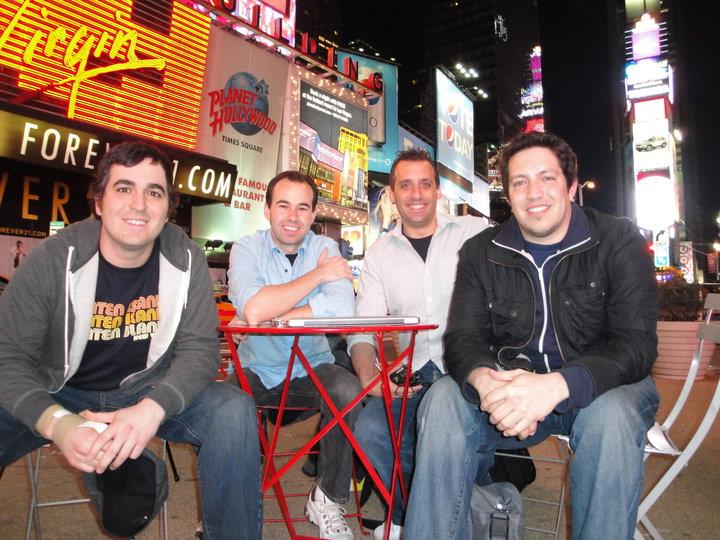 All of this makes Impractical Jokers a must-watch show. But if you genuinely want to experience the actual humor of the show, then better watch it on the net rather than on the TV.