We are living in an era where old traditional methodologies are being disrupted day after day and are being replaced by the new ones. It is the age of innovation where untouched fields are being explored and things completely unheard of have started gaining prominence. Humans are charting the roads not taken and treading the unconventional paths.

This has widened the career choices and brought up newer career avenues into the picture. The conventional 9 to 5 jobs have already taken the 'backseat' and given way to the new-age career options. Students are ditching the cliched professions and adding unhackneyed qualifications to their Curriculum Vitae. 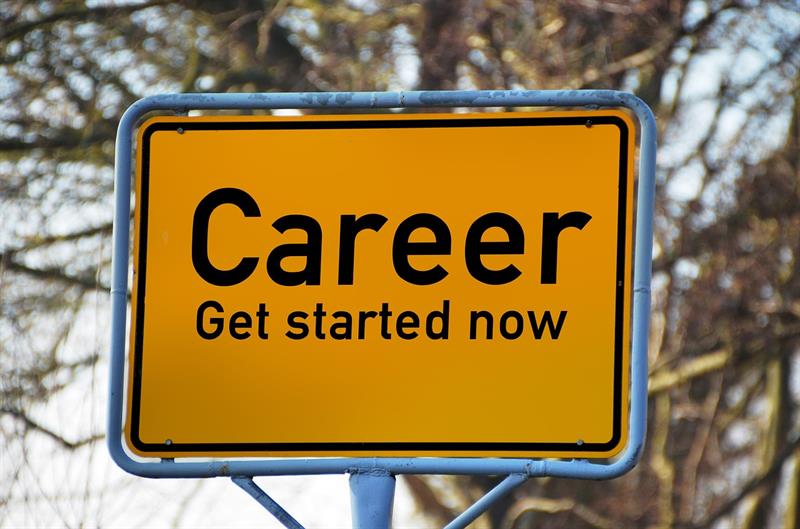 The would-be doctors are baking cakes, engineers are holding mics at comedy clubs, and potential bureaucrats are capturing wildlife. Urban planning, Hospitality, and Tourism, Climate Change Management, Biostatistics, Culinary Arts, etc. are trending on the career charts with a hashtag demanding #change. But the question is, has India managed to keep pace with this trend?

The state of play in India

In a world where over 1200 career options and 5 billion job opportunities are awaiting the Indian students; our theoretical education system is narrowing down their options. The Indian academic system is still lingering in the Victorian period. We still run after 100% marks, honor rolls, medals, and trophies. We have not yet given up over our obsessions with doctors, engineers, and civil servants.


As a result, the 350 million student army of India is facing serious repercussions. They are trailing paths with no predetermined destination. Most of them end up taking less than what they deserve and the opposite of what they desire. Some resort to unethical practices for survival and land up behind criminal and welfare bars. And the darkest part, the country has the highest suicide rate among the 15-29 age bracket. Every hour, a student commits suicide in some part of the country.

These stats scream for change and improvement, and above all for a dire need of 'Career Counseling Services'. There is a yawning gap between the career counselors available in India and the student population. As compared to the US, which has about 2.6 million counselors for 1,80,000 students, India has just 500 for 1.5 million pupils. And the country needs to plug in that gap soon.

It is farewell time for the 'learned' uncles of the family

Career counseling sessions in India take place in the living room of every household, especially for the ones studying in class 10th and 12th. This 'board period' leads to several board meetings in India. It is the time when you get to meet all the doctors, judges, and IAS officers your family has ever produced. 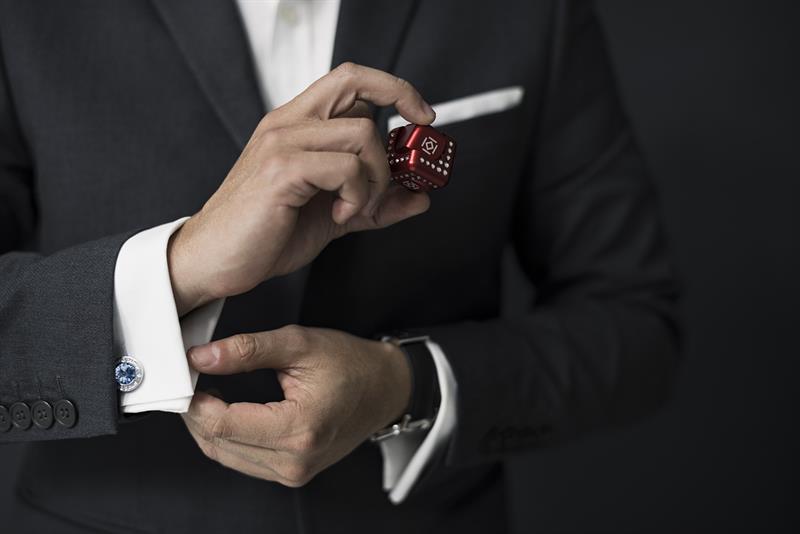 Career counseling in India takes the form of a brainstorming session where the so-called 'learned' minds come together to convince a student to join their league. Such sessions begin with the hobbies and interests of the student, move over to his career choices and end up shattering them with all might.

The older generation still believes that conventional careers carry pride and prestige and terms the unheard ones as 'ludicrous' and 'idiotic'. After all, who would prefer a wildlife photographer to a civil servant for giving his daughter's hand? This line of thought is what gets transferred in such sessions and the end result is sky-rocketing competition in government exams.

However, its high time to boycott these counseling sessions. Students need professional guidance on what to study, how to study, and where to study. Never has the world had such a wide plethora of courses, careers, and educational institutes that it has today? What lacks is the expertise to see the emerging opportunities in bright light.

India has the highest vertical of demographic dividend in the world. And in order to exploit this massive chunk to its highest potential, the country needs a large army of professional career counselors.

Such career counselors help to evaluate the interests, strength, and abilities of the students and map the suitable career paths for them. They assess a student's personality and skills and offer them the best ways to earn bread. And those who don't fit in into the traditional career molds are told of newer and more flexible ones.

However, career counseling is not crystal ball gazing. Counselors take up elaborate procedures to give the students a gist of what they need. This includes one-on-one counseling sessions, psychometric tests, and a lot of mental exercises. 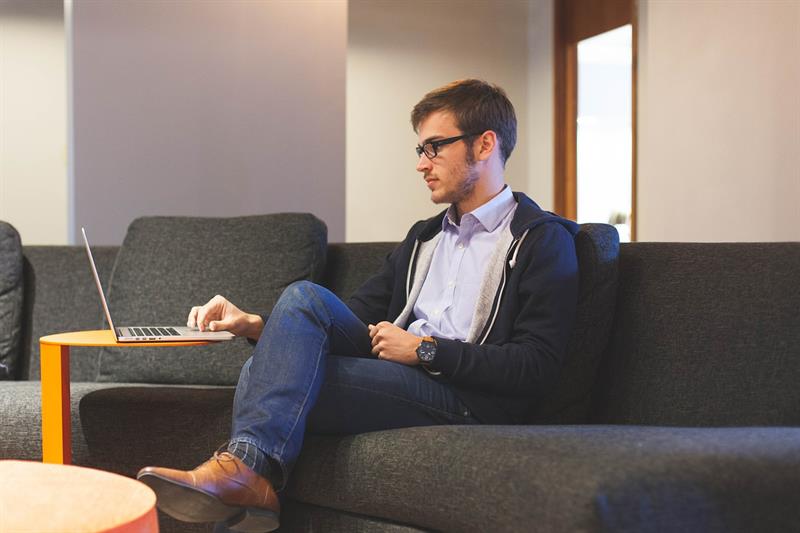 The career experts take into account many other factors that mold an individual's career viz. socio-economic background, leadership and organization skills, past academic records, cultural and religious background, parents' perspective, etc. They blend technology and expertise to ensure that the students polish their skills and get to a place where they deserve to be.

And the whole story is…

Career counseling is ideal for all those who are unaware of the latest education and career trends. However, career counselors are not future seekers. They can help you clear away your doubts and show you some fruitful paths which you were unaware of but can't walk down the lane for you.
They can attempt to gauge your abilities and offer you a creative space, but flaws would still prevail. The margins for error are always there.

This article will explain open the doors of your heart. The happiness that flows in will bring you both and victory. You will get the answers to the questions you might have asked yourself many times. You will learn how to shun sufferings and move towards the fulfilment of your dreams.

Ways To Choose A Right Career

This article explains about the factors that should be considered before choosing a career such as type of personality one possesses, skills, economic background or the existing opportunities. One should be wise enough to choose a right career because this decision affects his life.

How to choose a right career path?

Fashion designing can be chosen as a great career. In this article I have given information of the different competitive examinations held for pursuing careers in Fashion Designing. Eligibility criteria, courses offered, famous Institutes that offer the courses and the future prospects of the career in fashion designing.

What after an engineering degree? MBA, MS, MTech or Job?

What after engineering? Wondering? Here are the solutions for proper carrier guidance. What is better MBA, MS or MTech? In which I can do better? Which will give a better pay? All of your answers are below here. Read this article and choose what you want to go for.

Many students and parents are caught in a trap once their child is in 10th or 12th Standard. The question of future comes to mind and the only light that turns in our mind is the very orthodox streams - Science, Commerce or Arts. This is taken for granted or as the only way one can earn bread or a living.

There is a known path set by our family or society that a brilliant student should take up Science, a moderate student, commerce and the last one take up Arts. The trend is still in vogue in villages but is changing in the cities. There are many new opportunities and new streams which can help you get a job, it may not be the traditional ones but a slight variation can change the full view.

We may find counsellors who can help us get into the correct stream and get a job which can be satisfying to us in both ways, work as well as money. Nowadays, we hear many courses and job opportunities which need specialised persons and people are very few. If we are able to choose or find the subject which is of our interest, it can take us a long way.

The article here provides a good knowledge of the counselling and the impact it can provide to the new generation on selecting the right career.

A very good write up regarding the need for career counselling. These days, especially in villages, many people don't know the developments in the education sector and new emerging subjects. Still, they think of becoming a doctor or an engineer or a teacher. The new generation courses that are coming into the limelight have not reached them so far. Unfortunately, the elders also go for the stereotypes and they never think out of the box. The answer to such people is career counselling. The students should contact such people and get advice from them. They can show you the way but it is you who have to take it positively and move forward. We can drive a horse to a pond but we can't make it drink. The horse should think and it has to drink. There is no other way.