Philanthropists are the people who donate enormously for the welfare of the people. In general, people who can earn more can donate more. Some millionaires and billionaires around the world have opened their own charitable trust, through which they are donating for the welfare of the people. Some donate for a particular cause, some do for any good cause they asked for. People who are known for earning must also be known for giving.

If ever one wants to search about business and investments then, Warren Buffett is the name that will pop up in any open-source of the web world. Because, Warren Buffett is such an intelligent investor and Businessman and his philosophy on Money in earning, saving and spending is a guide book to people of all sectors. As I quoted already, he is not just known for earning, he is well known for giving too. He is one of the top 10 generous people in the world.

Warren Buffett and his business

Warren Buffett is an American Business Magnate, born and brought up in Omaha, Nebraska USA. Buffett is 88 years old now(DOB: Aug 30, 1930). He is the third richest man in the world with a net worth of US$82 Billion as of July 2019. He serves as the Chairman and CEO of Berkshire Hathaway. His main income is also from Berkshire Hathaway company. He is the largest shareholder of that company. He is one of the most successful investors in the world. So, apart from Berkshire Hathaway, Buffett is also invested in many profitable companies such as Phillips 66, Charter Communications(owns 7.5 million shares worth $2.2 billion) and U.S. Bancorp (owns 100 million shares worth $5 billion).

Buffett is a business lover and money maker from school days, the more he makes, the more he gives out. He is one of the generous Philanthropists in the world. He has donated more than $46 billion since 2000. In 2006, Warren Buffett committed to giving away his Berkshire Hathaway to other philanthropic foundations. In 2008, Warren Buffett was ranked as the world's richest person with a net worth of approximately $62 billion. In 2009, after donating billions of dollars to charity, he became the second richest person with a net worth of $37 billion. 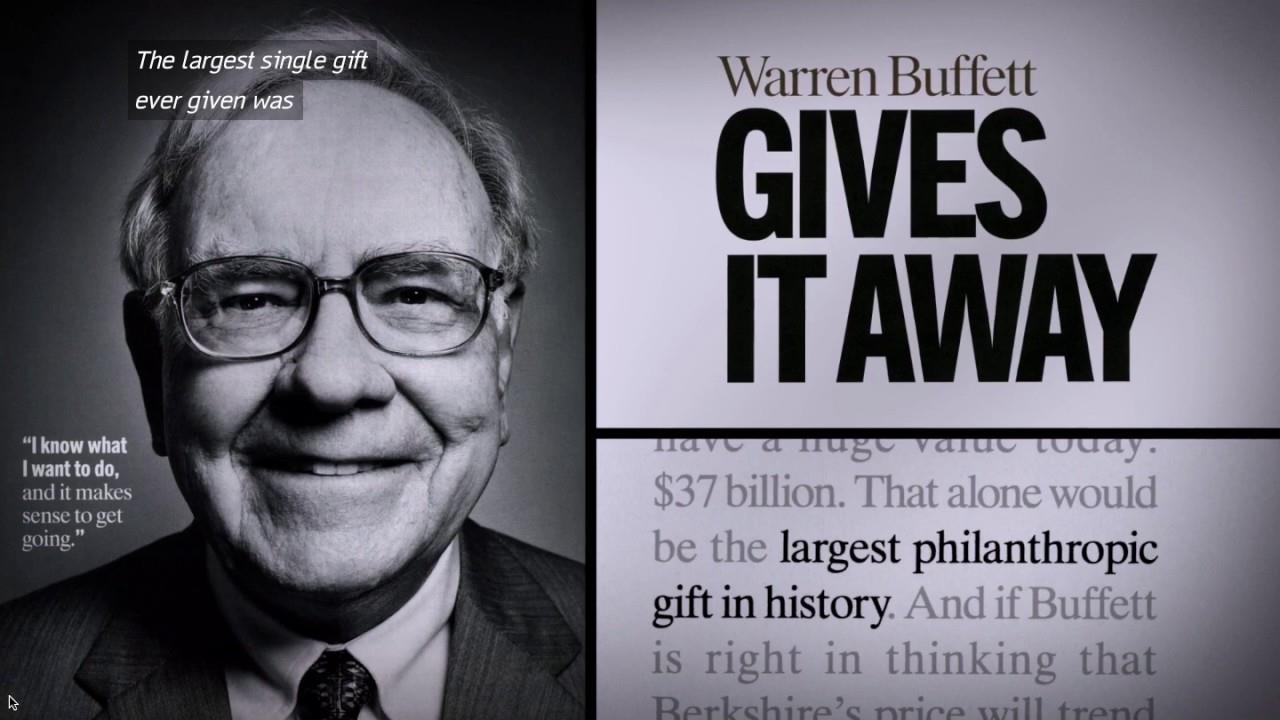 Buffett founded "The Giving Pledge" with Bill Gates. It is a commitment of wealthy people from all around the world, where they pledge to give away a major portion of their wealth to the welfare of people during their life or after their death. In the campaign of the Giving Pledge, Buffett has pledged to give 99% of his wealth will be donated to Philanthropic foundations during his lifetime and or his death. He is keeping up with his pledge and keeps contributing billions of dollars to various philanthropic activities. On July 1st, 2019, he donated $3.6 billion worth of his company shares to 5 philanthropic foundation which includes Bill and Melinda Gates Foundation.

Warren Buffett still lives in a house that he had bought in 1958 and drives the modest car. He says, he has everything that he wants in that house. Buffett does not make any lavish purchases, he does not spend on anything in huge amounts unless it is for Philanthropy.