Pencils have been in use since long. The familiar black lead in a pencil helps us to write and record information. The benefit of using a pencil is that it can be erased and the paper can be reused. At least for rough use, the paper is reusable. Such became popular the use of pencils, that scientists invented pencils to write in water. Young students are encouraged to write with pencils to get good handwriting.

Components of a pencil

A pencil is a very common feature and is easy to make. It contains a material by which one can write on paper. The writing medium is enclosed in a protective casing. This casing is usually made of wood or plastic. Occasionally pencils have a rubber eraser on the top of it. The writing edge needs to be sharpened with an instrument like a sharpener. The sharpener peels off the bottom part of the pencil. It creates a conical shape which helps to easily hold the pencil. The writing material, usually Lead, is also sharpened. Thus, one can write from the sharpened edge.

So is it good, to continue using a pencil in this manner?

Well, we have been using pencils since edges. Millions of pencils are manufactured every day. Some of the concerns are noted below. It is popularly called as Pencil Pollution.

So what could be a solution to these concerns? Well simple, if you can prevent usage of wood casing, it would save a lot. That does not mean you go to plastic casing! We needed to prevent pollution from both kinds of pollutants.
We wanted to look for alternatives to Lead pencils.
And we wanted to go for something which can help us "Give Back" to Nature.

Does that sound nice? Well, I was very much intrigued when I saw that name on Google and that too near my home at Pune in Maharashtra, India. We were searching for "Plantable Pencils". By using Plantable pencils, we wanted to show children, how to grow a plant from the pencil, once it is used. We had already tried before, but, unfortunately, those seeds did not grow.

So, I searched for this place which said "Happy Pencils" on Google Maps. They had their phone number on the search result. I called to reconfirm that they were open and I could visit their place. It was easy to reach and just another phone call. They came to receive me at the nearby lane.

And what I saw by my eyes, made me very happy. The plantable pencils were very near to my expectation:


I was very much intrigued with these pencils. Jagruti Khabiya, the owner, said they produce the pencils themselves, thus there was no other agency in between; I was thus discussing directly with the manufacturer.

So I took a few samples with me to cross-check the product with my colleagues. We did some crazy tests on the pencils.


The cost of pencils is also comparable to other conventional pencils. The Eco-friendly pencils cost 5 Rupees a pencil without the seeds. With seeds, the plantable pencil costs 10 Rupees per pencil. They have recently introduced colour pencils as well. Anyone you choose, you are still helping mother nature by not using wood casing!

Find below a few photos which I took from the Jagruti Khabiya, manufacturer of the product. Her company is called as Araatrika and the product is branded as Happy Pencils. She also makes Eco-friendly Pens, plantable papers and up-cycled diaries. 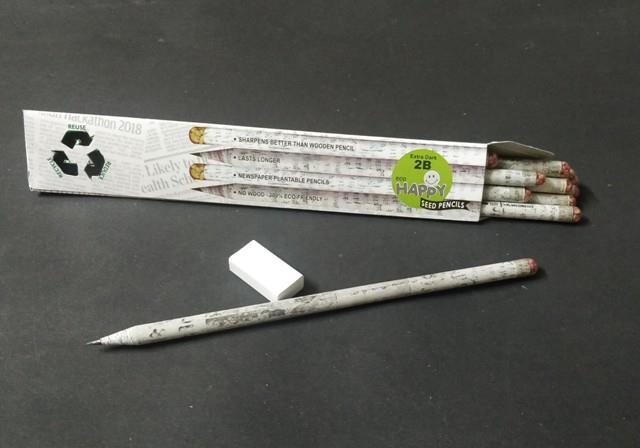 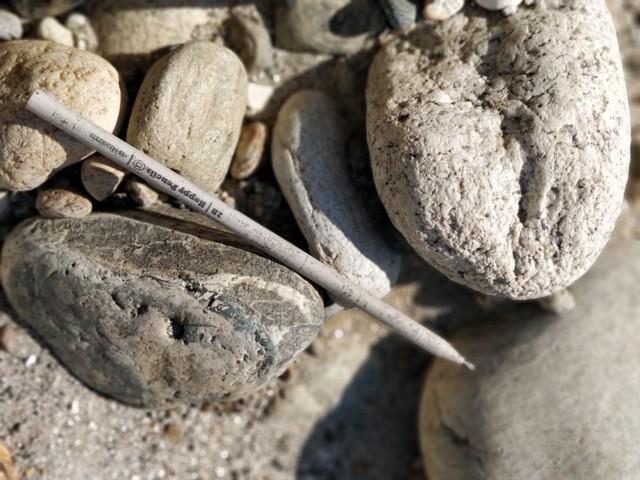 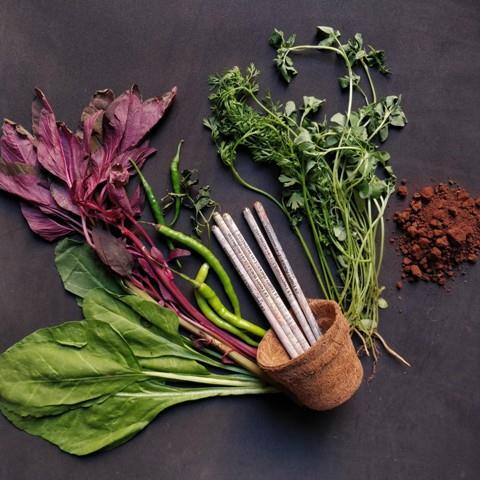 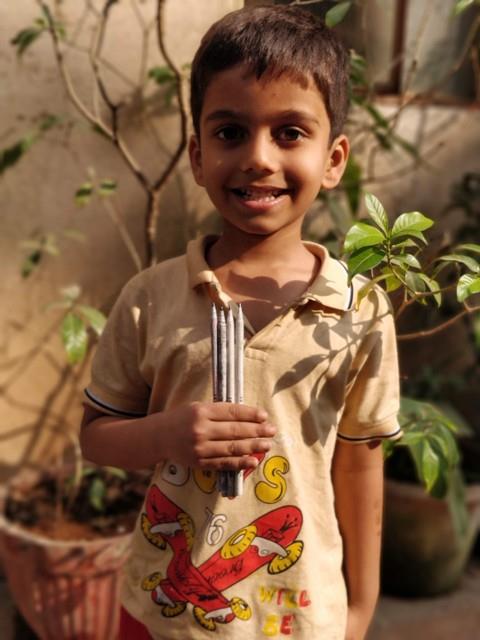 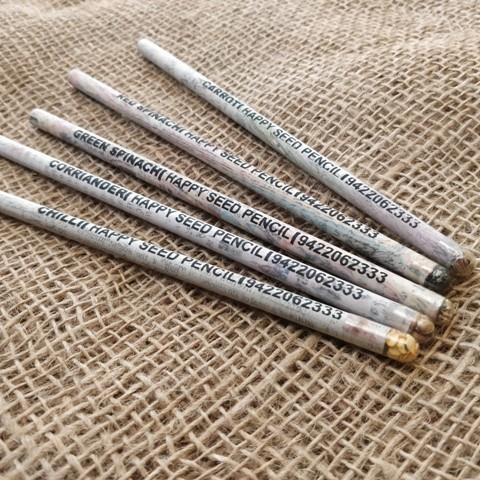 Images are taken with permission from Jagruti Khabiya, owner of Araatrika. For further details, do visit, happypencils.in.

It is really an innovation by the manufacturer and a wonderful way of supporting nature.

I was always asking children to utilise the pencil up to the last grip they could handle. I also used to save the tiny pencils to provide to children really in need.

In the house, gardening can be encouraged by using these seeds. Since the pencils are a mix of several varieties of seeds, we need not buy them from seed shops. As suggested by the author, we can reduce the use of wood.

Why this product is not gaining demand in the market? Aren't they advertising about the product? Please suggest how to order and get these pencils.

Thank you for your response. Please find below my response. I got in touch with the manufacturer to get an answer for some of your questions.

Question 1: Why this product is not gaining demand in the market?

Two things why it is not getting demand:
i. Basic necessities are an issue in India, seed pencils are a luxury for the majority of the masses. The elite and upper-middle-class have bought them and are our target audience. The regular newspaper pencils are a hit at all levels of society.

ii. Acceptance of something that is new in concept and using it as regular stationery and not merely as gifts is a slow and long process. We'll get there, soon!

Question 2: How to order and get these pencils?
Visit https://www.happypencils.in/ to buy online. You can also get their phone number and email ID.

Reply for the first question:
I have seen the pictures of the pencils clearly printed with chilly seeds and tomato seeds. These seeds are readily available in the market. If they could implement on rare flowers or hybrid variety of vegetable, fruit or flowering seeds it may gain popularity.

This has become very popular now.

People are now aware of eco-friendly utilities. Recently my son has bought a set of such pens to present as a gift on his friend's birthday.

In Kerala, an NGO is using this as an opportunity for the empowerment of women, especially the elderly women, in the homes and old age homes to boost their self-confidence and income-earning capacity.