Medak is one of the important districts in the Indian state of Telangana. Located close to the capital city of Hyderabad, it has its borders with the districts Sangareddy, Siddipet, Kamareddy and Medchal. Located around 90 kilometres from Hyderabad, it has a number of interesting places to visit. Some of these popular places frequented by the tourists from Hyderabad and its surroundings are the Singur Dam, Medak Fort, Medak Church, Durga Bhavani Temple and Pocharam Dam & Reservoir.

Located near to Sangareddy town in the Medak region, Singur Dam and reservoir is a major source of drinking water for the city of Hyderabad. It is also an important source for irrigation and generation of hydroelectric energy. Built on the river Manjeera, the place is around 65 km from Hyderabad. The reservoir is home to crocodiles, but one needs to be very lucky to spot them. Standing atop the dam, you are provided with a magnificent view of the huge reservoir of water. During the monsoon, the reservoir almost resembles a sea. The reservoir also has facilities for boating and the fares are very reasonable. A number of winged visitors can be seen at the place, especially during the winter. Nearby to the reservoir is the Haritha Lake View Resort, where one may book a room, in case one plans to stay overnight. For tourists from Hyderabad and nearby areas, it is however not essential to stay overnight. A single day's outing is enough to enjoy the charms of this place. 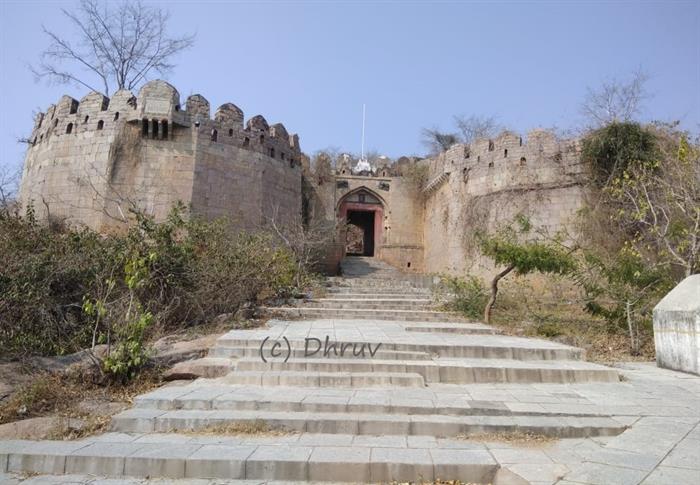 Located in the northern fringe of Medak town, the Medak Fort is a popular tourist spot. Situated on the top of a hillock, the fort was built by King Rudra Deva of the Kakataiya dynasty in the 12th century. The fort was then known by the name Methuka Durgam. In Telugu language, Methuka means cooked rice. After the Kakatiya dynasty, the region came under the rule of the Musunuri Kamma dynasty. Later in the 17th century, the fort became the command post of the Qutb Shahi kings. The fort was a command post for the erstwhile empires too, as it provides a good view of the surrounding areas. From the top of the fort, one can get a good view of the entire Medak town. The Medak Church, another important landmark here, can also be spotted from the fort. On the top, there is also a mosque that was most likely built in the 17th century, during the reign of the Qutb Shahi kings. 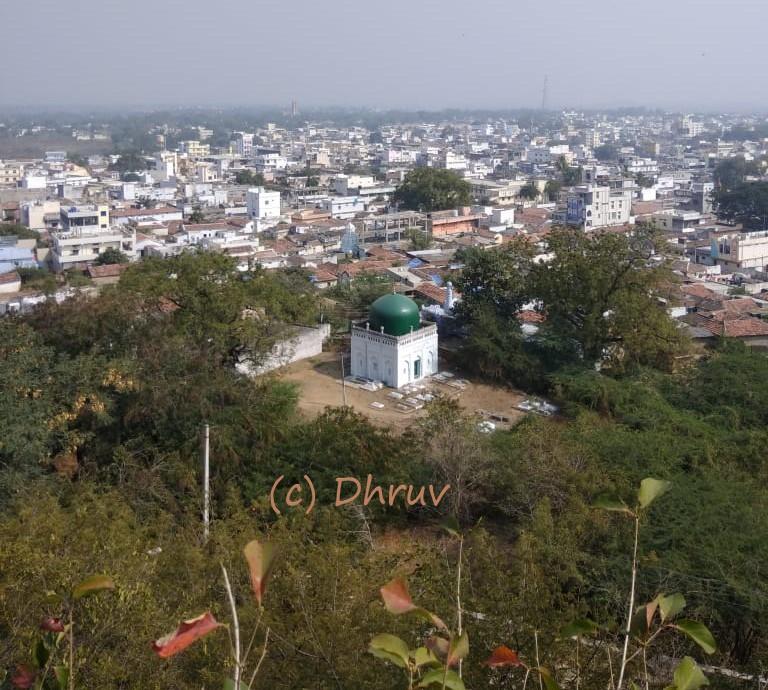 View of Medak city from the top of the fort

To reach the fort, one has to drive uphill in a car or a two-wheeler. One may also walk from the foot of the hill as it is hardly any distance. Even though most of the fort is in ruins, one still gets to see lions and the elephants carved out on the fort entrances. A small pool of water still exists within the fort complex and was perhaps the main source of water for its erstwhile inhabitants. 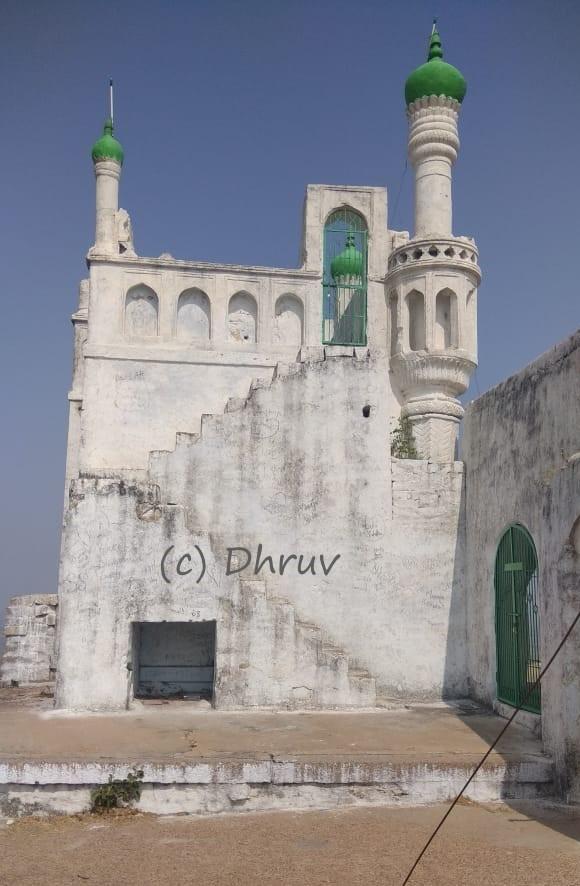 Located within the city perimeters and close to the main road is Medak Cathedral or Medak Church. It is one of the largest church in whole of India. Originally built by the British in 1924, the Medak diocese is the largest in whole of Asia and second largest in the world after the Vatican. The church and its surroundings provide a majestic view to tourists and believers who throng this place in large numbers. There are sprawling gardens surrounding the church, which are an additional attraction. The church has facilities for drinking water and washrooms. Plenty of parking facility is also available and that too at no cost. 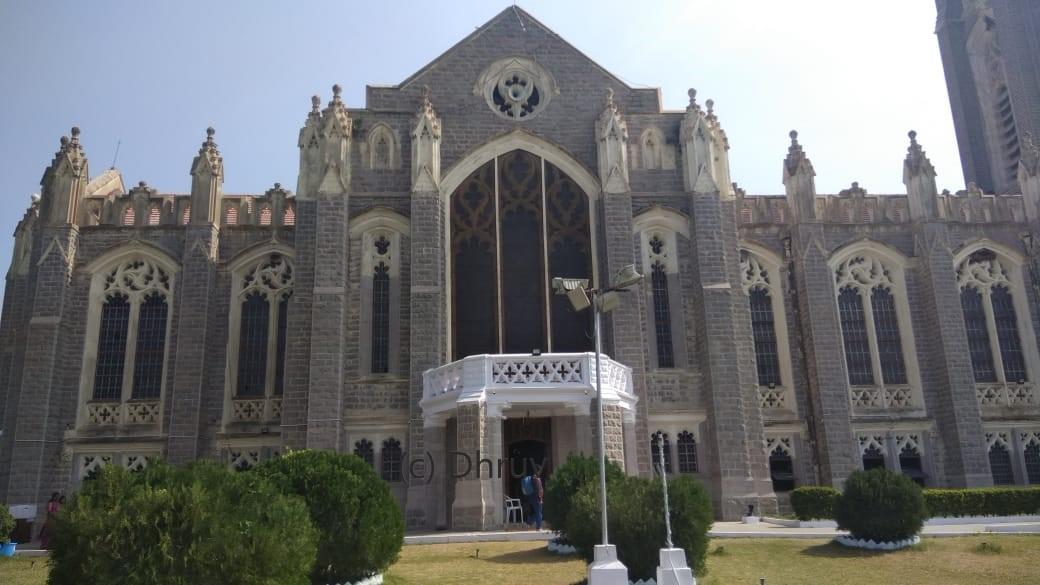 At 175 feet tall, the church is a huge one and can accommodate 5,000 worshippers at a time. The stained glasses are its main attraction that depict various scenes taken from the life of Jesus Christ. One of the scenes depict the nativity scene and another one depicts the Crucifixion. The church was built by Reverend Charles Walker Bosnett, a British missionary in Hyderabad. It was completed by 1924 and had taken ten years to complete.

Located around 16 km from Medak town, the Pocharam dam and reservoir and the nearby wildlife sanctuary is a popular spot for tourists visiting the area. The reservoir has a step-dam and provides a magnificent view during the monsoons. The step dam overflows with water and one gets the opportunity to cross the dam with water flowing underneath their vehicles. Even during other seasons, the reservoir provides a majestic view of the vast expanse of water. It is a good picnic spot as many groups and families come to the place, cook meals and have a gala time. You can get down into the water, which is very clean. If lucky, you may also get to cook fishes caught from the reservoir itself.

Close to the dam and reservoir is the wildlife sanctuary, which is a good hunting ground for many birds and animals. The reservoir and the sanctuary is spread across an area of 130 square km. The sanctuary was established in the year 1952 by the then Nizam of Hyderabad. A number of species have made the sanctuary their home. Common among them are the Indian sloth bear, wild boar, hyena, jackal, panther and deer species like cheetal, sambhar, nilgai and chinkara. The place is also home to crocodiles, turtles and snakes. The birds commonly seen here are the storks, herons, croots, pochards and many others.

A number of islands dot the reservoir. These islands are breeding ground for birds, turtles and the crocodiles. There are facilities for safari ride inside the sanctuary in your own vehicles. A forest department person accompanies you during the ride while you enjoy watching the animals in their natural habitat. The best time to visit the place is during the monsoon.

19 km from Medak town is the temple of Sri Edupayala Vana Durga Bhavani. It is a popular pilgrimage spot for visitors coming from Hyderabad and beyond. During the monsoon, the seven streams of river Manjeera confluence around the temple. It gives a spectacular view during the rainy season as the temple becomes unapproachable due to the water that flows around it. It is during this time that devotees and tourists in large numbers throng the place to enjoy the grand view.

For those living in and around Hyderabad, visiting the above places on a weekend give you the much-needed break from your daily routine. The Medak Fort, Church, Pocharam Dam and Durga Bhavani Temple are easily combined into one single day trip. The Singur Dam being a little bit away from the above four requires a separate day for you to enjoy its spectacular view and the boating facilities. The roads are mostly good, except for a small stretch while approching Singur Dam.

Tourist guide to Hyderabad, the city of charminar pearls

This articles deals with Hyderabad as the city of Charminar and pearls. Charminar is an important centre of attraction for tourists who visit it not only to have a look at this mammoth structure, its four high minarets but also for shopping of pearls and bangles in the shopping centres spread round Charminar. The article briefly describes the history and construction of the Charminar.

If you plan a trip to Hyderabad, make it sure to visit the Cathedral at Medak in Andhra Pradesh which is one of its kind and is the second largest diocese in the world after Vatican. Besides the magnificent Gothic style of architecture, the stained glass windows of the Cathedral are the main attraction.

On the eve of Christmas, it would be ideal to have an understanding of the famous religious places of Christian faith. One such place in India which happens to be the second largest diocese in the world is Medak Cathedral from Andhra Pradesh.A brief sketch of this pilgrim centre is presented in this article.

The author has beautifully written the article by highlighting all major tourist places of Medak district. Here, I would like to another tourist place in Sangareddy district, near Medak, that is gaining the attention of visitors for a couple of years. This is actually a jail turned museum, that is the 'Sangareddy Jail and Museum'. Here, you can enjoy the prison experience by spending one night in jail, paying just Rs.500. Also, you will be given a separate room in a barrack with a normal bed and aluminium plate to have food. In addition, the prisoner dress code will be given to wear. This is a type of new concept that is expected to be followed in other jails of India.

Thanks, Ravi, for updating us with this interesting concept of a jail turned into a museum, though not in Medak, where tourists get to experience a night stay in a jail-like ambience. At such reasonable costs, I am sure many would be interested to experience the same.

We the people of Hyderabad are accustomed to visit the nearby Medak district for one reason or the other as my boy was studying in B Tech at BVRIT in Narsapur is near the Medak and I used to visit this place when ever I had been to the college. What I felt that this is the oldest district of the Telangana and has the place for full secularism as we find oldest temple, oldest church and oldest mosque. The people live here with harmony and once Indira Gandhi was elected as MP from this constituency and thus Medak came into national limelight then. But what surprises many that the jail department here has hit upon the idea of converting the place public visits so that they can pay and experience the jail life for sure and get first hand information about prisoners. One thing is sure, Medak is surrounded by big forest and live animals are moving around and while going by road, we have to go slow as many animals cross the roads for the fear of sound and pollution.