Coentrates or Cnidarians are exclusively aquatic animals that live mostly in freshwater or marine water. This phylum includes 11,000 living species of animals. Some of the fossil forms of this phylum are known to have existed even 791 million years back. The word Coelenterata is derived from two Greek words- Koilos = hollow, enteron = intestine. The body wall of these animals include certain protective cells called cnidoblast cells and hence it has got its other name 'Phylum Cnidaria'. Coelenterates are multicellular, eukaryotic and heterotrophic organisms with the tissue grade level of organization. The phylum name Coelenterata is coined by Leuckart and the term Cnidaria is coined by Barnes. 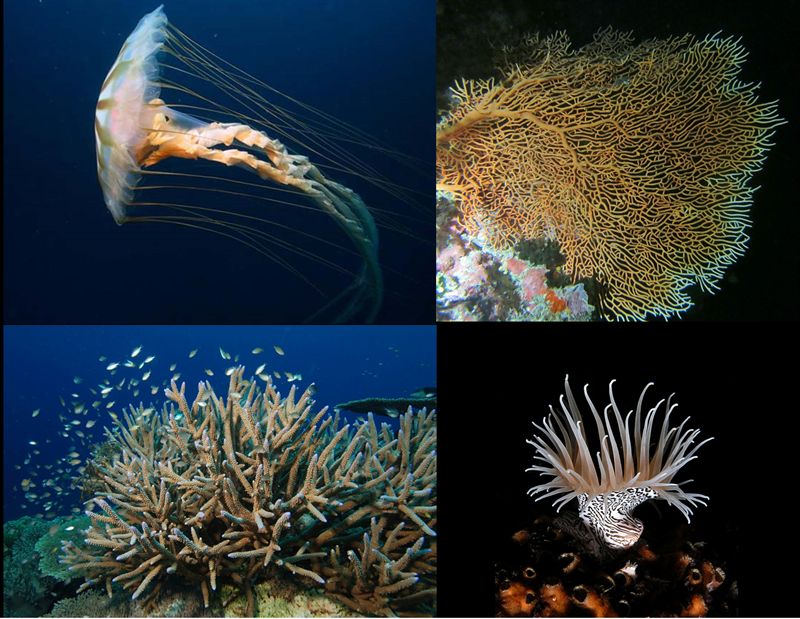 Important points to remember about Phylum Coelenterata or Cnidaria

Read this article to know more about the important characteristic features of Phylum Porifera.

Interesting article. The marine life forms under Phylum Coelenterata were evolved in precambrian ages itself and that is a fascinating area of the research and study by the scientists to know the patterns of the early life forms on the Earth. The precambrian period is estimated from the birth of Earth (approximately 4500 million years back) to 542 million years ago. These marine animals were already evolved then in some form and now they must have gone many transformations with time. The scientists compare their fossils belonging to that time and their present structure to visualise the changes happened in that long geologic duration to understand the evolutionary mechanism more clearly. From that angle these life forms are very important to the researchers who are working in the area of finding origin of life and evolutionary mechanisms on Earth.