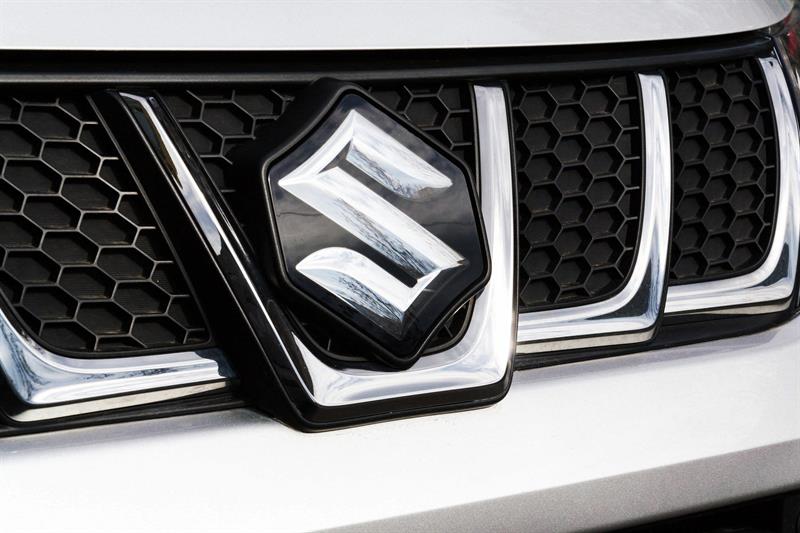 The company started as a loom company in 1909. As a part of diversification, they started manufacturing small personal vehicles but were stopped at the time of the first world war. After the war, Suzuki started producing 2 stroke engines for motorcycles and then 4 stroke engines become the key focus. By 1961 they started the first automobile division.

Maruti Udyog Limited was formed on 24th February 1981 by taking over Erstwhile Maruti Ltd formed in 1971. In October 1982 MUL signed a joint venture with Suzuki Motor Corporation of Japan. The main objective of MUL was to manufacture economical and fuel-efficient personal vehicles for people and to modernize the automobile industry. Maruti 800, which was a revolution was launched in December 1984.

Maruti Suzuki is one of the largest dealership networks in the automobile sector in India. The company is targeting 4000 outlets by 2020 and is at the brim of achieving it. Out of the network Indus Motors, an authorized Maruti dealer in Kerala with more than 145 outlets, is the top seller of Maruti Suzuki cars in India for the last 13 years.

The car's history of Maruti Suzuki

Maruti Suzuki has been keeping the trust of its customers for the last 36 years, unchallenging from 1983. Maruti 800 was the firstborn from the collaboration and S-presso is the last one introduced and many more are in line. To date, 33 models hit Indian roads and all the time people of India welcomed them full-heartedly. 20 models were discontinued and have 13 running models. Maruti Suzuki is always keen on delivering the most popular models for the customers with updates to meet the requirements and standards of the current time. Many popular models were reintroduced into the Indian market with more efficiency and outfit changes. Alto, Baleno and Wagon R are some of the famous models which were continued with the timely changes

Let us have a quick sneak peek on the models 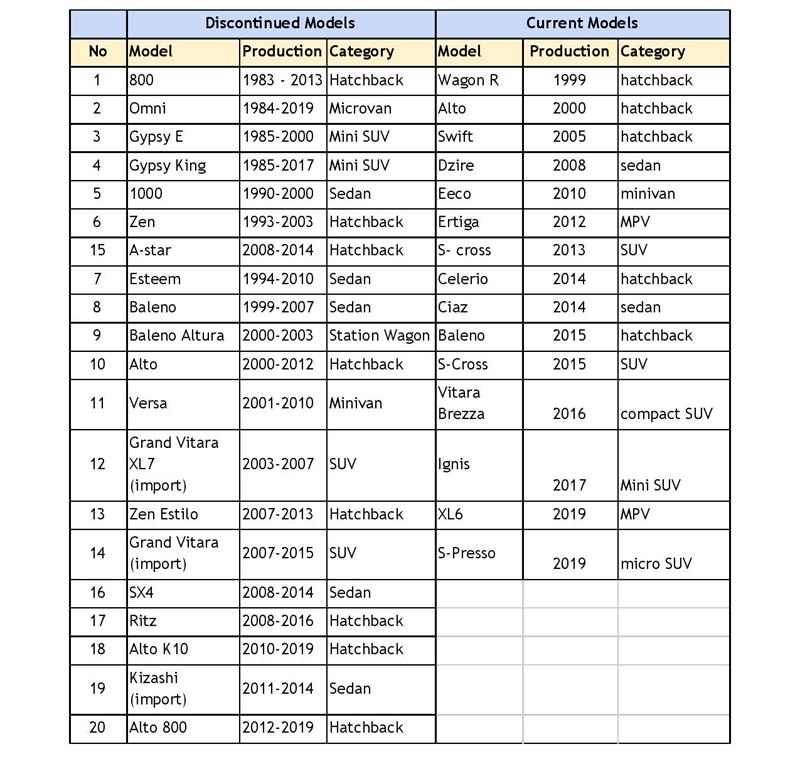 From April 2020, as per the Indian government, all new vehicles sold should meet BS6 norms. Maruti Suzuki is one of the top manufacturers to manufacture and deliver BS6 compliant cars on Indian roads as to kick start the movement. Maruti always welcomed the new changes and improved delivered efficient and economical cars for Indian customers. This gives Maruti extra mileage and has more than 50% market share.

Looking up to the future, Maruthi already had 6 plus cars with BS6 engines and had a line up of mild hybrid cars. Maruti Suzuki strongly believes hybrid cars are the best transformation way to electric cars as government plans to change all conventional vehicles to change to electric versions.
Currently, there are a lot of challenges for a sudden change to the electric version with efficient and economical affordability. Maruti had joined hands with Toyota to develop and share the best technologies for future cars.

The author has rekindled my knowledge about Maruti cars. I was in Delhi when the new brand of these cars was launched and I remember it was the poor and middle class who were aimed at with minimum booking of rupees five hundred and Maruti 800 was rolled out in the market. Soon the brand acquired international quality and importance and the brand went into the mode of high-end car varieties with huge price variations. Nevertheless this brand has been respected and given the chance by many Indians and I know in some home there are more than two cars of this brand that proves the brand power and how the Maruti could keep the rival brands at check. Even today we have most ardent customers for these cars.

A good article from the author about the Maruti Udyog limited and then Maruti Suzuki. In our childhood, we used to see only Ambassador cars on Indian roads. This was in the 1970s. Some people used to have Fiat cars. But they were very less in numbers. People used to think only very rich people can have a car. But when Maruti emerged and came out with Maruti 800, the entire situation changed. The industry never looked back and I remember in the 1980s more than 50% of the cars on road were Maruti 800 only. Many middle-class people also started thinking about owning a car.

The history of the Maruti car and its progress through the years is commendable and I still remember when Sanjay Gandhi started this company, it was a sensation in the car Industry of the world. We can see Maruti 800 still making rounds. Though the car looks very small, the body is very strong and the breakdown on the road is almost nil. And for those who had the business mind was always wanting Maruti Omni as it had good led space and it was used especially as taxies and was later converted to mini-ambulances. Coming to the Gypsy model, probably this was the stylish rollout from Maruti in those days as it was strong and fit for hilly areas and was opted for by our defence forces. And Maruti Eeco and Eritiga became popular among the elite class as these sedans made a fashion statement. Maruti Esteem and Celerio were the choice of high-class rich segment people and that also got on good market share. Later Baleno, Alto and versa models were hit with business class people. So whatever be the new model, the Maruti has been getting good patronage in India and abroad for sure.