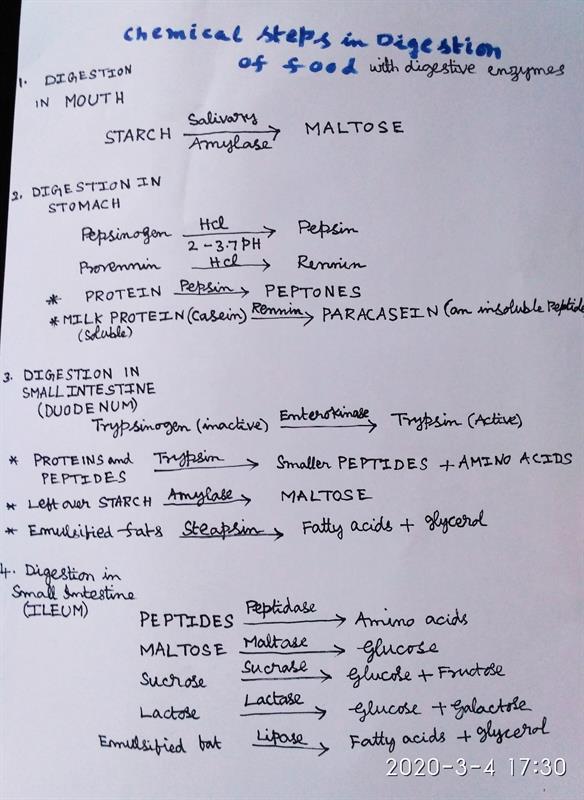 Here is a video on the process of human digestion:-

This is a nice article by the author detailing the process of digestion in the human alimentary canal. It is very true that alimentary canal is one of the most important organs of the body and this particular organ is unique in the sense that it is the interface between the outside food and creation of internal energy and constituents for the running of the body system. So alimentary canal is like a manufacturing and finished products hub where many inputs in the shape of various edible items are being fed to it, it processes them step by step, takes out the ingredients as per the use and requirement of the body and sends them to the bloodstream from where they are given to each and every part of the body as per the need. The un-utilised and useless items are then excreted from the body at the end of this canal through the anus.

It is really nature's miracle that the alimentary canal works on a relentless basis providing the body everything it needs to run itself effectively and to that extent, the role of the alimentary canal is not only basic but very important also. It is said that if the condition of alimentary canal is good and its functions are working effectively then it helps a person to keep a good health. At the same time any problem in the digestion system would cause a number of deficiencies or malfunction of the body and then it would be needed to supplement the body through drips or other 'through injection' ways. It is imperative that we should take care of this vital organ and should not load it with junk and other unhealthy food which would slowly ruin its normal functioning and then it would not be successful in its attempts to provide healthy and essential ingredients to the various body parts which are waiting for that eagerly. A good food habit and lifestyle would definitely keep the alimentary canal in a good shape which in turn would keep our health in a much better shape.