If you are a student or teacher or a person doing an exam or lecture preparation to understand an idea, topic or information, you should use a very popular Feynman technique. This technique was based on Richard Feynman's teaching style. He was a well-known American scientist, a noble prize winner, and a very good teacher when it comes to explaining the idea or physics principles. He has written a very popular book series "Lectures on Physics" by Richard Feynman.

Let's start looking at the technique. The technique is very basic in nature and it requires the use of plain paper and pen. If you are struggling to understand or grasp any topic, idea or information, you should follow the below-mentioned steps. 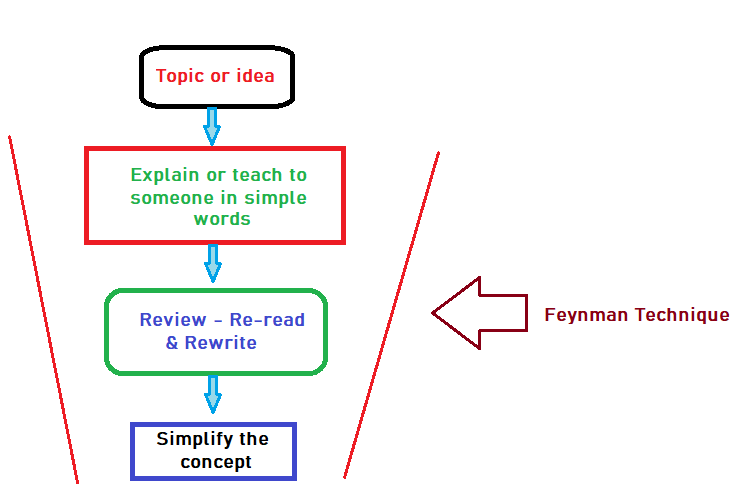 I am giving an example of a nozzle. The function of the nozzle in fluid flow is to increase the velocity at the outlet. The statement of the Bernoulli's equation: "The total energy or head at any points in a fluid flow is constant". The total energy means the sum of kinetic energy, pressure energy, and potential energy. The example of nozzle shows that the variation in the area in the nozzle causes the velocity change. The variation is such that summation of the pressure energy, kinetic energy, and potential energy remains constant. The area variation causes the variation in velocity change as per the conservation of mass or continuity equation for incompressible flow (flow with no density variation of fluid). 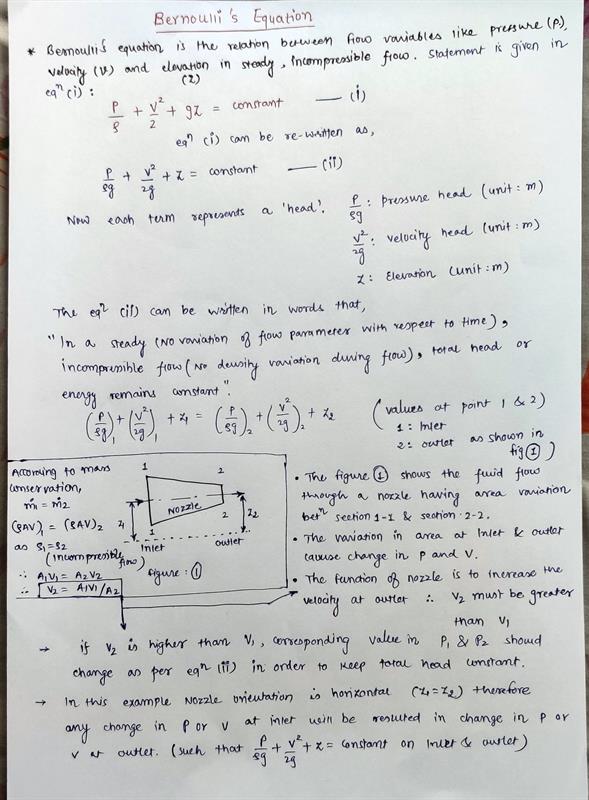 Look at the paper and pen work as per the Feynman technique. It shows the simple explanation of the Bernoulli's equation with sketch and example. You can change the words to simplify it further.

The effective way to learn any topic, concept or information effectively and faster, one should follow the Feynman mental model technique which is all about simplifying the concept by use of paper and pen by writing concepts in more detail with simple words and sketches as if you are explaining to layman person. One can use this technique to simplify any topic or information.