Protozoans were first studied by Leeuwenhoek in 1677. The name protozoa were coined by Goldfuss in 1817. Protozoans were treated as first animals before the discoveries of bacteria and other monerans. Therefore they are named as Protozoa (Gk. Protos means first, zoion means animal). It is the largest group which includes about 50,000 species.

The main characteristics of Protozoa are as below:

In five kingdom classification , the protozoan protists have been classified into four phyla on the basis of their locomotion and presence of locomotory organs. The four phyla are:

The salient features of Rhizopoda are:

The important feature of phyla Mastigophora or Zooflagellata are given below:

The Salient features of phyla sporozoa are as below: 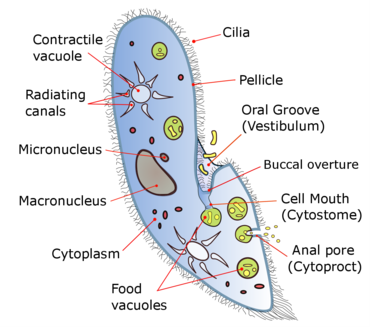 The salient feature of phyla Ciliata are given below:

Protozoans are useful as well as harmful to us. Though they cause many diseases in the human body and in useful animals but on the other hand they use many disease-causing microorganisms as their food thus protect us from diseases. They do clean water by eating harmful aquatic microorganisms.