It was a sunny, pleasant morning with a tremendous amount of excitement bubbling in the atmosphere. The plane landed at Jaipur International Airport around seven in the morning and as soon as I saw the first glimpse of Jaipur, I knew that this was a city I would fall in love with-can say it was love at first sight!

We collected our luggage and a car came to pick us up, which was pre-booked and the driver made us feel completely at ease almost instantly. We arrived in our hotel, made ourselves comfortable and then started on with the day.

The first place we decided to visit was the City place-a place well known for being the official residence of the Kings and Queens of Jaipur which was quite well-maintained and felt an amazing place to be in. We took a short and immediately left for the next cultural and monumental attraction of India's first planned city, The Hawa Mahal. It had a vibrant pinkish-brown hue that was visible from quite a distance. It felt surreal to be in such a beautiful place, surrounded by family and with worries but to enjoy ourselves. We roamed around and stayed there for close to two hours, before deciding to have a quick lunch and leave for Amer Mahal. The city was jam-packed with the honking of cars, buses and one could also see some horses and tonga-drivers on roads at times along with vibrant articles being sold on the streets by the roadside vendors.i was bestowed by seeing the heavenly beauty of the palace, with a small lake by its side and colourful vans and elephants ferrying people up and down the roads leading to the palace. We preferred to walk, taking in more of the view every moment.

The Amer Mahal had several mesmerizing rooms inside of it, including Sheesh mahal, which was heavily adorned with glasswork, and then we also saw some huge pans of yesteryears which are said to be of about 500-600 years old. The extremely strong architecture and beautiful decor made it one of my favourite places in the entire Rajasthan. Our day ended with watching several local artists perform a musical show, followed by a scrumptious dinner which marked a remarkable end to this perfect day of mine.

The next day's sightseeing locations included Jaigarh Fort, Birla Mandir, Sir Albert Hall museum, and then a shopping spree in one of Jaipur's renowned locations, the Johari bazaar.

The next morning we left for another exhilarating trip to Jodhpur, a nearby city, popularly known as the 'Blue city of India'.I was looking forward to seeing the city, its famous blue-coloured houses, Mehrangarh Fort, and its impressive cannon collection. It was an almost seven-eight hour journey from Jaipur, but the mesmerizing scenes made it all worth the wait. We passed along many small, deserted villages of remote Rajasthan, which also were so grotesquely designed, it made it difficult to believe that they were the old, deserted houses.

We went straight to our hotel and since we had left early in the morning, we had around four-five hours in the evening for sightseeing. Our next destination was the Mehrangarh Fort, which stood tall and grand on top of a hill in the middle of the city. We were immediately greeted with a group of men playing harmonium and flutes and singing a Rajasthani folk song. The aura was majestic and floated us back to the old times. We have always loved seeing the artifacts and just imagining and read more about how people of that era used to live their lives and do their day-to-day work. We also saw some cloth making workshops which was a once-in-a-lifetime opportunity and one doesn't get to see such things daily. The designs on the cloth were fine and intricate and I appreciate their work, which should be encouraged more. Another place to surely visit within Jodhpur is Umaid Bhavan Palace, a beautiful palace that offers hospitality services and residential services like a hotel. 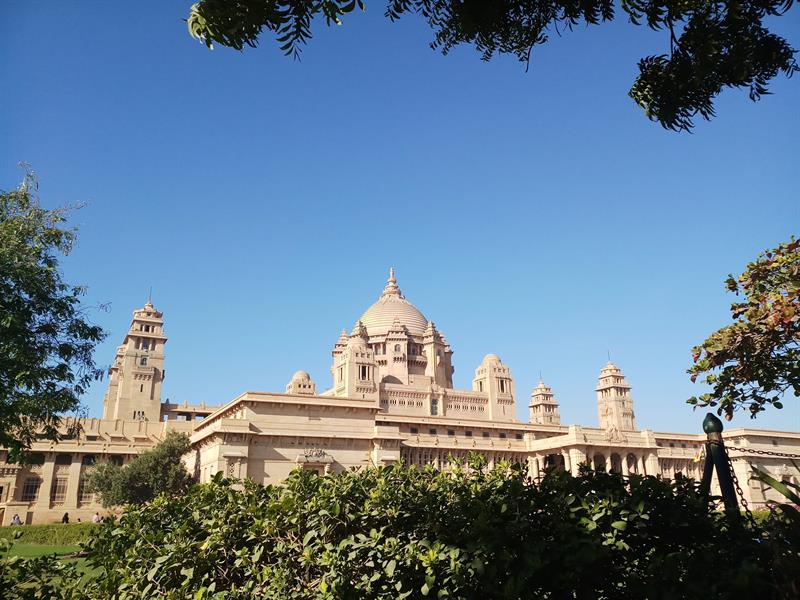 Our stay in Jodhpur was a short one but one that will remain etched in our memories forever. The next destination was Jaisamlar-around a four-hour drive, which was filled with our sudden interactions with the Ship of the desert and a lifeline for the people of Rajasthan, the Camel. Almost half of the journey was lined with desert and the view was hypnotizing. I didn't want to take my eyes off the window and wanted to just keep gazing outside, looking at the camels, the setting sun, and the radiant ochre sky. Some top attractions in Jaisalmer include Jaisalmer Fort, the Gadisar Lake, and the Thar desert.

Jaisalmer marked the end of our beautiful and enthralling trip to Rajasthan, which left an indelible mark in the minds and hearts of all of us.

I loved the fact that Rajasthan is such a welcoming place, opening its arms to whoever wishes to come and enjoy while allowing them to learn and value the centuries-old heritage of the rich, vibrant and majestic land. 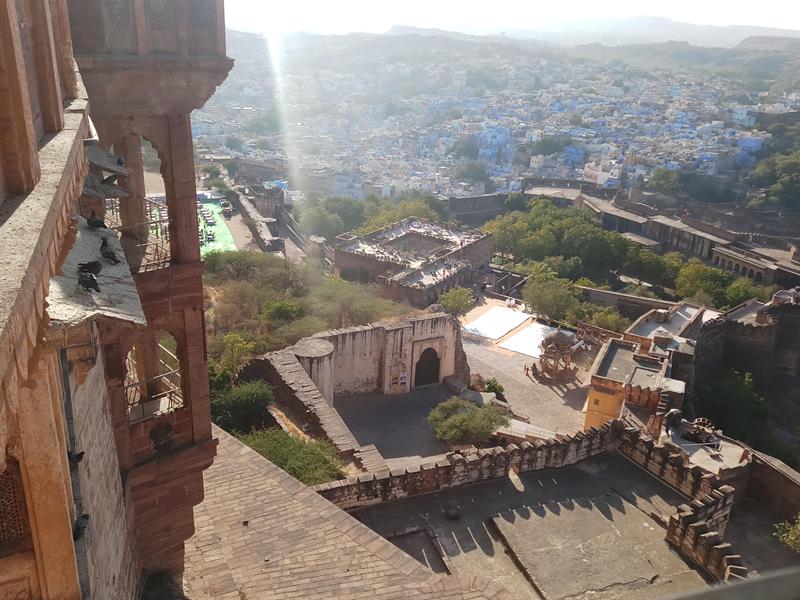 [All photos are ones taken by the author during the trip.]