The Fourth Kind starring Mila Jovovich in the role of Psychiatrist Dr. Abigail Tyler living in the town of Nome, Northern Alaska (U.S.A). This film is based on real events in October of the year 2000. The director has included actual archived audio and video footage throughout the film to better support the story. But I must advise you that some of the real-life footage included in the film is extremely disturbing. So, this movie is not for the faint-hearted people. 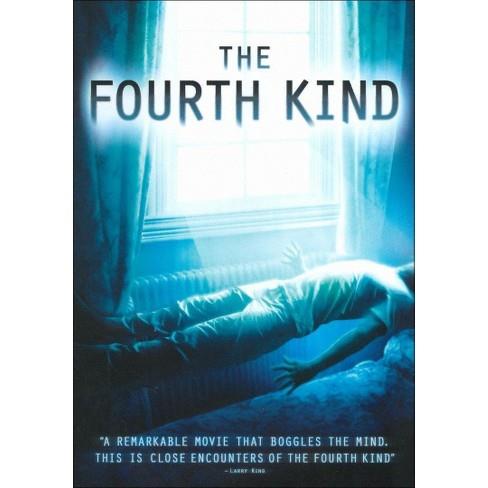 The movie starts with an interview of Dr. Abigail Tyler, where she is telling her story about how the incidents started and how the people of Nome were affected by these possible alien abduction.

While interviewing some of her patients she realized that all of them were exhibiting the same symptoms. She found it intriguing and decided to investigate further. She decided to hypnotize one of her patients so he could remember what was waking him up every night. During the hypnosis, he saw something really disturbing which Satter in his mind and made him mentally sick. Which eventually led him to kill his entire family and then shoot himself in the mouth. The real-life footage of this incident is also included in this movie so be very aware that it is going to be extremely disturbing.

The story then unfolds from there on, revealing that many people from the same town had experienced such incidents, which leads her to believe that there may be extraterrestrial beings involved. While listening to one of her own recordings she realizes that she is also one the victims of these alien abductions. She tries hard to remember what had happened that night of the recording but fails to recollect much. Her further investigations lead her to Dr. Awolowa Odusami, an expert in historical languages who helps her translate what the unknown voice in the recordings was saying. This further confirms her suspicions about Alien involvement. She is determined to uncover the secrets behind these incidents but something happens that changes everything for her. Her own daughter gets abducted in the middle of the night. The police do not trust her story and suspect that she is hiding her daughter intentionally. They take her son away from her as well. This incident completely breaks her mentally and she decides to under hypnosis herself, with the help of one of her colleagues to understand exactly what had happened. During the hypnosis, she sees something so disturbing that it paralysis her body.

The director Olatunde Osunsanmi does a great job by including the real audio and video footage to support the dramatization of the real-life incidents and will surely make you believe that aliens exist and have visited our planet. The actors portraying the roles of the citizens of Nome have done a great job as well. This movie is definitely worth watching and will surely blow your mind away. All in all, this is a brilliant, mind-bending, shocking, and terrorizing thriller that you surely cannot miss.

The Fourth Kind is a very interesting movie. It is based on true events which happened in the month of October in 2000. This fact-based movie is not only entertaining but terrorizes us. This kind of movie can't be seen by weak-hearted people. In this movie, the director did a good job by including the real audio and video footage to show real-life incident to support the story. Definitely, this movie is mind-blowing. Everybody must watch it.